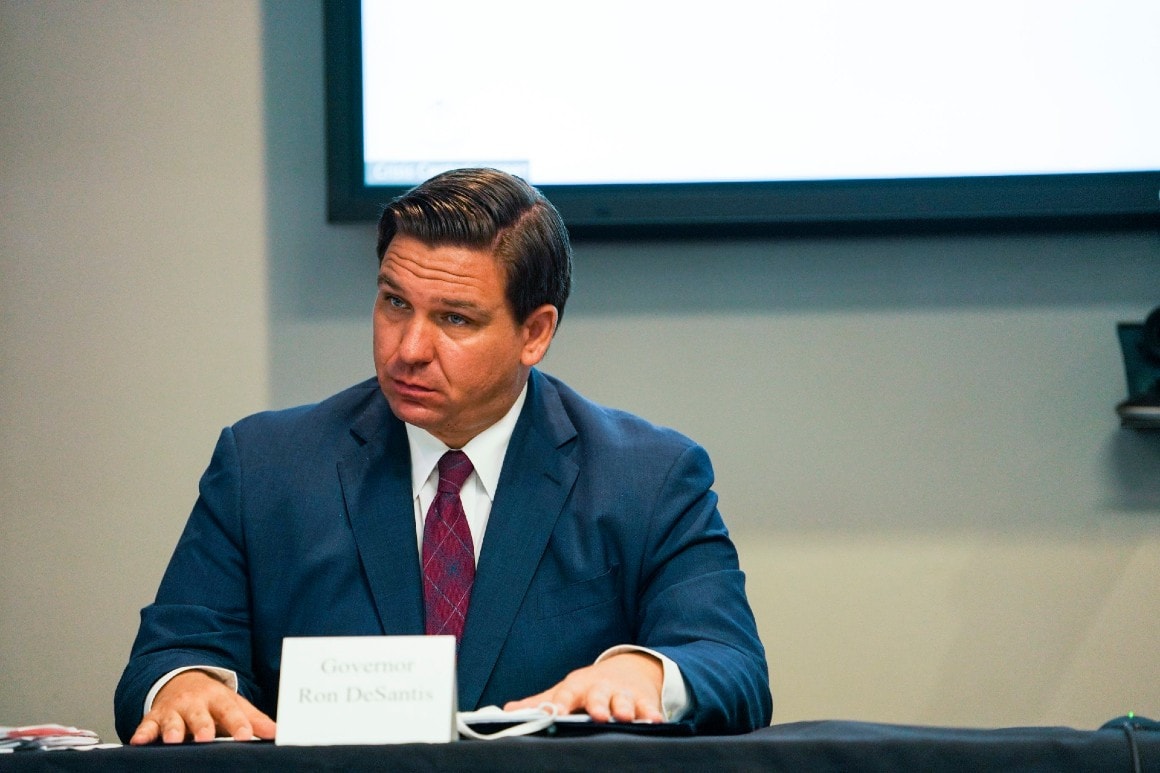 A mental health survey from the CDC Thursday unveils a dire situation as the pandemic continues.

As the first week of school continues for many districts, Gov. Ron DeSantis is making the push for reopening schools as a way to combat the COVID-19 pandemic’s effects on mental health.

In recent months, the Governor has stressed the importance of giving parents a choice to let children attend in-person classes or continue remote learning. He’s also highlighted the unseen mental health effects trigged by the pandemic and social distancing.

“It’s never been an easy issue,” DeSantis said Friday. “It’s an often neglected issue because it’s an easy issue to neglect if you really think about it.”

A televised sit-down with First Lady Casey DeSantis, Department of Children and Families Secretary Chad Poppell and others focused on mental health considerations for children.

“I think we’re only scratching the surface in terms of the fallout from dealing with the pandemic and how that’s influenced people’s lives,” the Governor said.

Outbreaks linger despite positive trends for Florida and the Sunbelt, and the economy took a substantial hit, but less than expected. Amid all the turmoil in people’s lives, DeSantis described mental health as “the big enchilada” for the state moving forward.

Teachers are required by Florida law to report abuse when they see evidence of it and are trained to recognize the signs. Although schools are a seasonal factor, they are the leading source of reports to the state’s child abuse hotline.

But calls to the hotline have fallen 40% after students went home in March at the start of the pandemic, a sign that abuse has continued unseen. That’s totaled 20,000 fewer calls, or as the First Lady described it, “250 schools buses packed full of kids, one right after the other.”

The roundtable comes on the heels of a U.S. Centers for Disease Control and Prevention report that reveals 75% of those aged 18 to 24 are experiencing at least one mental or behavioral health symptom. More than 25% of people in that age cohort said they had seriously considered suicide in the 30 days leading up to the late June survey.

That revelation was “a kick in the gut” and “unbelievable,” Poppell said.

Graci McGillicuddy, board chair of the All Star Children Foundation, offered an emotional plea on behalf of disadvantaged children.

“It’s a disease that we can treat, we can control, but I don’t know what the ramifications are going to be to our population from the fear and the stress that this has caused on the brain,” she said.

The First Lady has emphasized mental health as her main priority, and that has carried into the Governor’s Office. Despite $1 billion in budget cuts for the current fiscal year, the Governor approved a $25 million increase to the state’s mental health budget, raising its total funding to $100 million.

But the Governor faced questions about the state’s funding on mental health from reporters. His administration has emphasized mental health, he said, but the pandemic has made the need much more significant.

“There’re a lot of states that plow resources into things and get no results from it,” DeSantis said. “What we’re trying to do is have accountability, use the resources that we have, and there are more resources now in a tough budget year, and if it’s not working, holding people accountable, and that I think is something that has been missing.”

With concerns about classrooms or schools closing if a child develops symptoms, he noted a more “surgical approach,” sending certain groups of children home on a case-by-case basis as his preferred approach. Most districts have implemented that plan rather than shutting down entire schools.

While he’s maintained Florida’s virtual learning has been the rival of the nation, he’s emphasized the importance of in-person learning. Friday, he shared an optimistic tone for children who are learning from home.

“You don’t miss a beat, you’re there,” he said of distance learning.