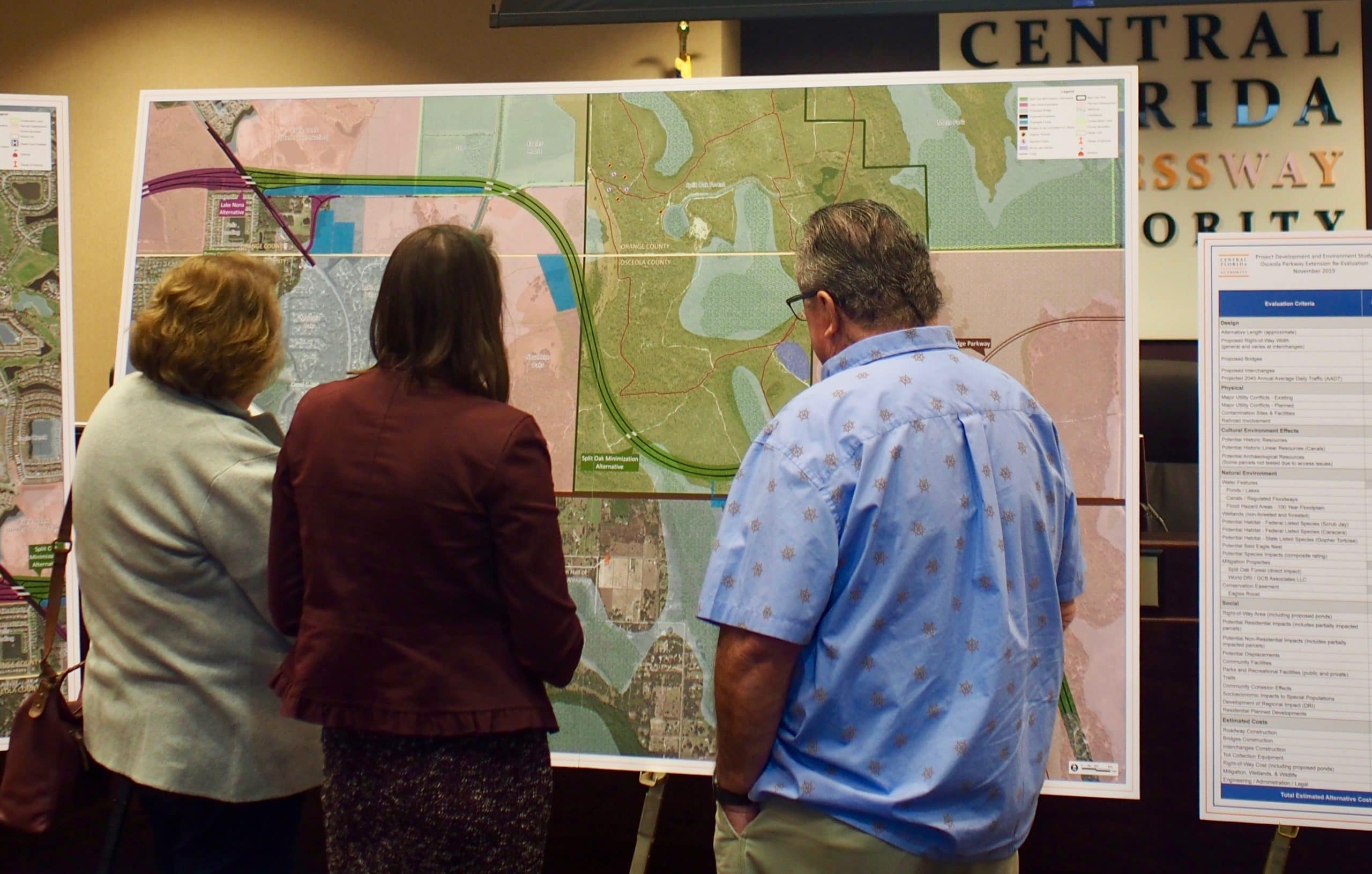 Osceola County has filed its lawsuit seeking to prevent Orange County voters from being able to vote on whether they want to provide special conservation protections to the Split Oak Forest Wildlife and Conservation Area that straddles the two counties.

It was unclear Thursday if Orange County would defend itself and the election.

Orange County Mayor Jerry Demings declined to say Thursday whether his administration would fight the suit. When asked specifically at a press conference Thursday afternoon if he intended to fight the suit, Demings would only say, “we are monitoring it.” He then declined to comment further, saying it is customary to not comment on litigation.

If Orange County voters get to vote on a charter amendment in November and approve it, the results could block a road through the forest that both counties’ commissions have approved. The amendment would ban actions by Orange County to degrade the 1,669-acre nature preserve.

The proposed charter amendment was created and approved for the ballot by the quadrennial Orange County Charter Review Commission, which is appointed by Demings and the other Orange County commissioners.

Osceola County filed the suit late Wednesday in Circuit Court in Orange County. It contends Orange County’s proposed charter amendment would violate several interagency agreements between the two counties and would unconstitutionally impact Osceola’s plans, causing irreparable harm. The suit seeks a declaratory judgement against the initiative, and an injunction stopping the issue from going on the November ballot,

So Demings’ public position of ambivalence — he represents the only defendant who could put up a defense — has proponents of the charter amendment wondering if anyone might defend the proposed ballot measure in court.

“This is very interesting,” said Orlando lawyer James Auffant, who, as a member of the Charter Review Commission, drafted the Split Oak proposal and shepherded it to approval.

An environmental group that has led opposition to the road, Friends of Split Oak Forest, filed a motion to intervene  in the case Thursday.

“Orange County is not going to defend themselves in this,” said Valerie Anderson, president of Friends of Split Oak Forest. “That’s why we had to file a motion to intervene.”

At issue is a plan to extend the Osceola Parkway eastward. Such an extension would provide a critical east-west arterial into a large region planned for major development in the next few years in southeastern Orange and northeastern Osceola. However, to get there, the extension would either need to pass through some existing housing developments, meaning destroying existing homes, or through the park, which was set aside in the 1990s with a pledge that the land would be preserved as a conservation area in perpetuity.

The owner of the road, the Central Florida Expressway Authority, decided late last year to build the road through the park. To do that, it would need permission from both counties. There were pledges for tradeoffs of additional preservation land, about 1,550 acres, to be provided by developers.

Both Osceola County and Orange County approved the plan in December.

Approvals drew strong backlash from Split Oak Forest defenders. The controversy spilled into Orange County Commission elections this year as a major issue defining differences between candidates. In the Aug. 18 election, two opponents of the planned road extension won elections, while one proponent of the road plan won.

Last spring, the Orange County Charter Review Commission decided to put the question of Split Oak preservation before voters on the countywide ballot. The proposal would prohibit Orange County from approving development plans that would impact the park.

On Monday, in an emergency action, the Osceola County Commission voted to sue to stop that Orange County election vote or to invalidate the election if the issue makes it onto the ballot and is approved by voters.

Osceola is seeking the injunction to prevent Orange County Supervisor of Elections Bill Cowles from placing the issue on the ballot. Cowles also was named as a defendant in the lawsuit.

Cowles said his office “will comply with any court order should one be entered and not otherwise stayed by the appellate process.” But the ballots have to go to the printers soon, he hopes by Labor Day weekend.

previousHidin' Biden? Rick Scott thinks Democrats have good reason to do so