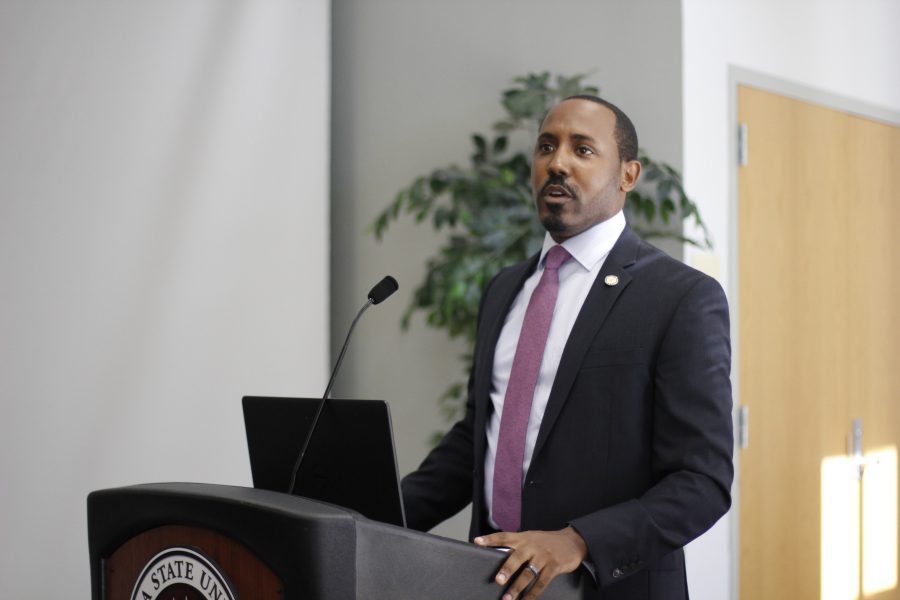 The Democratic lawmaker cited the Jacob Blake shooting in his announcement.

In a news release, the Democratic lawmaker said his “Victim Compensation Crime and Trauma Fund” would also be accessible to the families of those shot by police. He plans to propose the legislation in the 2021 Legislative Session.

“Trauma experienced by survivors and loved ones can be social, physical, and emotional,” Alexander said. “As lawmakers, it is imperative that we provide trauma-specific services and a greater awareness of the effects of exposure to traumatic events. Police officers can obtain help to cope with trauma; victims and families should have the same service available to them.”

Alexander’s proposal comes as lawmakers nationwide deal with growing pressure to enact large-scale police reform. In the wake of several high-profile police shootings, the calls to action have seized social media, spilled onto America’s streets and been championed by professional sports leagues.

Alexander, a second term lawmaker from Tallahassee, is a member of the Florida Legislative Black Caucus.

“Our criminal justice system is long overdue for reforms to support trauma-informed solutions necessary to counter these lasting, adverse childhood experiences, often invisible, having a significant impact on people’s lives,” he said. “We must pass policies that will stop these endless cycles of trauma. I will work tirelessly on behalf of the people of Florida to find solutions to this problem.”

Most recently, the Jacob Blake shooting has reinvigorated calls for change. Blake, who is a Black man, was shot in the back 7 times by Kenosha police on Aug. 23. The incident has spurred protests and riots in cities across the country.

Meanwhile, the Kenosha police union on Friday said Blake had a knife and fought with officers during the incident, even putting one of them in a headlock. The union also said officers attempted to stop Blake twice with a Taser.

“My prayers are with Jacob Blake, shot seven times while his children watched, and the thousands of children and families across America whose lives are forever changed by memories they will never forget or escape,” Alexander said.

nextLast Call for 8.31.20 — A prime-time read of what’s going down in Florida politics