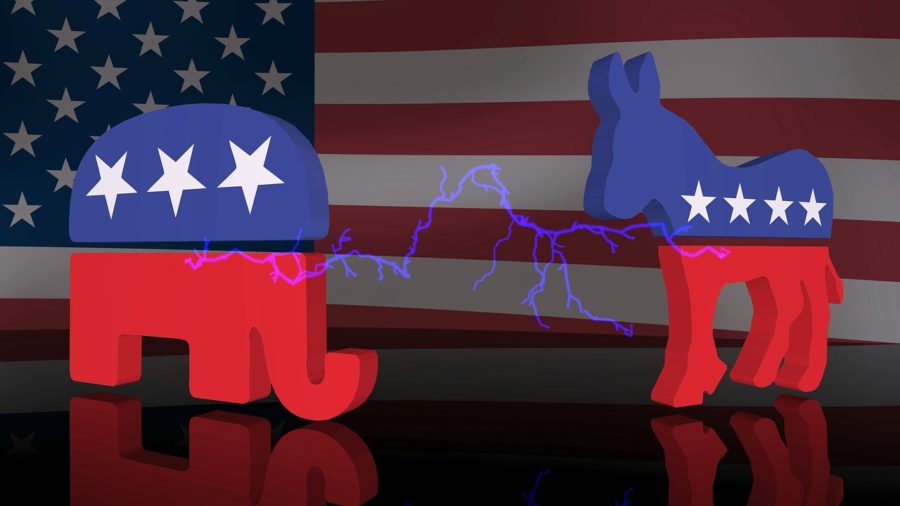 It's no surprise Republicans dominate funding in the predominately red region.

While most of Southwest Florida’s House races felt effectively decided in primaries, all have General Election matchups.

How are Democrats keeping up in cash in this rich Republican region? Well, they aren’t in most places, though in some districts GOP fundraising has all but stopped, leaving Democrats a cash advantage in some surprising locales.

Here’s the lay of the land, looking only at campaign accounts.

Rep. Will Robinson, a Bradenton Republican, looks toward reelection to a second term but must fend off Democrat Andy Mele, an environmental activist. After collecting $18,400 between Aug. 22 and Sept. 4, the incumbent has plenty still in the bank, reporting $102,066 on hand. By comparison, Mele pulled in $1,616 last period, and has around $5,561 available to spend. The cash advantage means something in this district, where the GOP holds an edge of fewer than 10,000 registered Republicans over Democrats, according to the last book closing.

The Sarasota seat, being vacated by Democratic Rep. Margaret Good in favor of a Congressional run, is the only November race where Democrats are on defense in Southwest Florida. Democrat Drake Buckman, for the moment, holds a cash advantage of $44,339 to Fiona McFarland’s $20,119, but that’s after McFarland spent six figures on a GOP primary and outraised Buckman in the last period. The race is likely the region’s most competitive General Election matchup this Fall. This could be tough ground to defend for the blue team, with nearly 8,500 more Republicans than Democrats registered in the district.

Rep. Tommy Gregory, a Sarasota Republican, continues to build his war chest, hauling in $16,450 in the last reporting period. He’s got $82,536 in the bank as he readies to face tech businessman David Fairey, the Democratic nominee. Fairey brought in another $4,337 and holds about $12,411, in part thanks to candidate loans. Gregory’s loaded up, and in a district with nearly 30,000 more Republicans than Democrats, is well-positioned to hold the seat in November.

Rep. James Buchanan, a Venice Republican, pulled in extra change last period, around $4,529 for his campaign. He spent a little more than that during the period, but still holds $74,965. Meanwhile, educator Lisa Stortstrom, the Democrat in the race, has run a low-key campaign, pulling in $529 last reporting period and listing $3,950 on hand. Republicans outnumber Democrats in the district by about 15,000 voters.

As Rep. Michael Grant runs for his third consecutive term and fifth overall, the Port Charlotte Republican has invested heavily in his reelection. In the last period, he raised $4,500 but spent half again that amount. That leaves him with $20,228 in remaining cash. But Democratic opponent David Jones has largely drained his account. He raised $1,509 in his last report but has just $2,625 left. Perhaps more important for Grant, there’s nearly 28,000 more Republicans than Democrats in this district.

After Adam Botana won an expensive primary for this open seat, he’s raised no dollars for the General Election. That means he’s got just $1,667 in cash left. Yet that’s still more than Democrat Anselm Weber, who reports $421 last period and has about $804 left to spend. But money may not matter at all in a district where Republicans enjoy a registration advantage of greater than 30,000, held now by term-limited Ray Rodrigues.

Republican Mike Giallombardo also came out from a heated primary in the contest to succeed Department of Economic Opportunity Director Dane Eagle for his recently resigned House seat. After raising $1,500 last period, he’s got around $10,235 left to spend. That’s more than Democrat Josh Lopez has raised. The Cape Coral Democrat, after pulling in $437 last report, has $739 in the bank. Also, there’s nearly 22,000 more Republicans than Democrats in this district.

Jenna Persons proved a prolific fundraiser from the start, but her campaign has been low key since she dropped upward of a quarter million on a primary win. She reported another $750 in donations after taking one reporting period off. Now, she holds just $4,970 as she faces Fort Myers Democrat Shawn Michael Williams. While he had no primary and reported just $382 in new contributions last report, he’s got more money in the bank, around $7,098. It’s still a Republican district, represented now by term-limited Heather Fitzenhagen. But the registration edge here is more modest than other places, with some 11,000 more Republicans than Democrats on the rolls.

Rep. Spencer Roach easily fended off a primary challenge from an underfunded legal nemesis in August. He’s dropped upward of $130,000 this cycle, and reported $2,000 in new donations last period. Now the North Fort Myers Republican reports $10,451 in cash on hand. Meanwhile, Democrat Danika Fornear, who raised $739 last period, has been spending money quick and has around $206 left in the bank. Roughly 8,000 more Republicans than Democrats live in the district.

Realtor Lauren Melo spent a solid six figures on her way to winning the GOP nomination to succeed Congressional candidate Byron Donalds. Now she faces another Realtor, Laura Novosad of LaBelle. Melo collected $3,750 last period, bringing her cash on hand up to $4,995. Novosad, who faced no primary, actually outraised Melo last period with $3,881 in new donations, and now has $8,962 left to spend. That means the Democrat holds a money lead for the moment, but Republicans enjoy almost an 18,000-voter edge in terms of registration.

Rep. Bob Rommel raked in another $5,000 in the last period. Having avoided any intra-party challenge this year, the Naples Republican still has $138,384 in the bank for his reelection effort. Democrat Sara McFadden, waging a rematch with Rommel, collected $3,209 last cycle, but is still relying more on candidate loans than contributions. Having spent upward of $20,000 already, the challenger reports $50,684 in remaining cash on hand. On top of Rommel’s dollar advantage, there are almost 37,000 more Republicans than Democrats in the GOP region’s reddest district in the region.