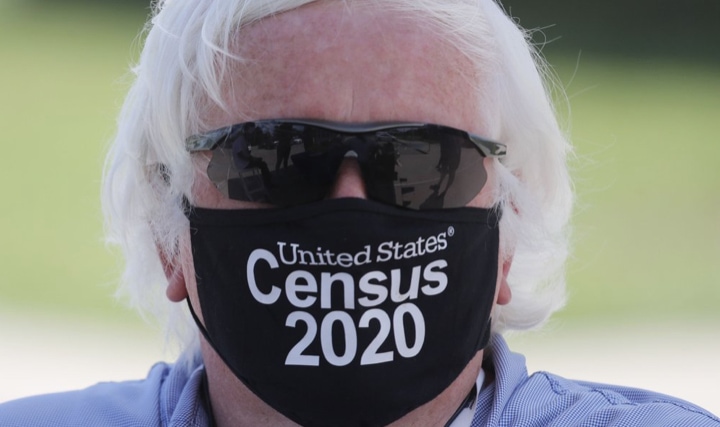 A pandemic, and now wildfires and hurricanes hobble counting.

A top advisory committee to the U.S. Census Bureau is urging the statistical agency to allow the once-a-decade head count of every U.S. resident to continue through October instead of finishing at the end of September, warning a shortened timeline could cause accuracy problems for the 2020 census.

The recommendation comes as federal judges on opposite coasts this week hear arguments in two lawsuits from civil rights groups, cities and counties who have sued to stop the 2020 census from ending at the end of the month. The lawsuits say minority communities, including Latinos, Asian Americans, and non-U.S. citizens, stand to be undercounted if the census ends a month early.

A hearing in Maryland was being held Monday, and a hearing in San Jose, California, will take place Tuesday.

Already burdened by the coronavirus pandemic and a tightened deadline, the Census Bureau must now contend with several natural disasters as wildfires and hurricanes disrupt the final weeks of the nation’s once-a-decade headcount.

Government attorneys have argued that the census must finish by the end of September to meet a Dec. 31 deadline for turning over numbers used for deciding how many congressional seats each state gets in a process known as apportionment. Facing a disruption in operations because of the coronavirus pandemic, the Census Bureau had asked Congress for a deadline extension. The request passed the Democratic-controlled House, but the Republican-controlled Senate has failed to act on it.

As of last Saturday, 95% of households had been counted, according to the Census Bureau.

The statisticians, economists and demographers on the advisory committee said they were concerned about the shortened schedule for processing the data once it has been collected, from a typical five months in past decades to the planned three months this year. They recommended that the deadline for turning in the apportionment figures be extended through next April.

“Untested post data collection processing systems may fail in ways that the Census Bureau cannot foresee today,” the committee said in a statement.

The disasters add to the already laborious task of counting of every U.S. resident and increase the risk that the effort will miss people in some parts of the country.

“I can’t project if Mother Nature is going to let us finish, but we are going to do the best we can,” said Al Fontenot, associate director of the Census Bureau, who has repeatedly said the bureau is on target to complete the count at the end of the month.

The disasters make it challenging or impossible for census takers to visit households that have not yet answered questionnaires. And time is running out.

In major cities in California and Oregon, smoke from nearby wildfires poses a health threat for census takers as they knock on doors.

“It’s really smoky, and no one wants to open their doors because of the hazardous air. I gave up yesterday and do not plan to go out today unless it improves,” said a San Francisco census taker, who spoke on the condition of anonymity out of fear that she could lose her job.

Officials in San Jose, California, are encouraging residents to respond to census questions online or by phone or mail.

“Frankly, it’s not safe to be outside for more than a little bit,” San Jose Mayor Sam Liccardo said. “So, yes, it will affect us. We are going to hustle every other way we possibly can.”

If there is an undercount, states affected by the disasters could be shortchanged when some $1.5 trillion in federal spending is distributed annually to pay for roads, schools, health care and other programs. Since the census also determines how many congressional seats each state gets, states such as California that are on the verge of losing a seat because of declining population could see their political power diluted.