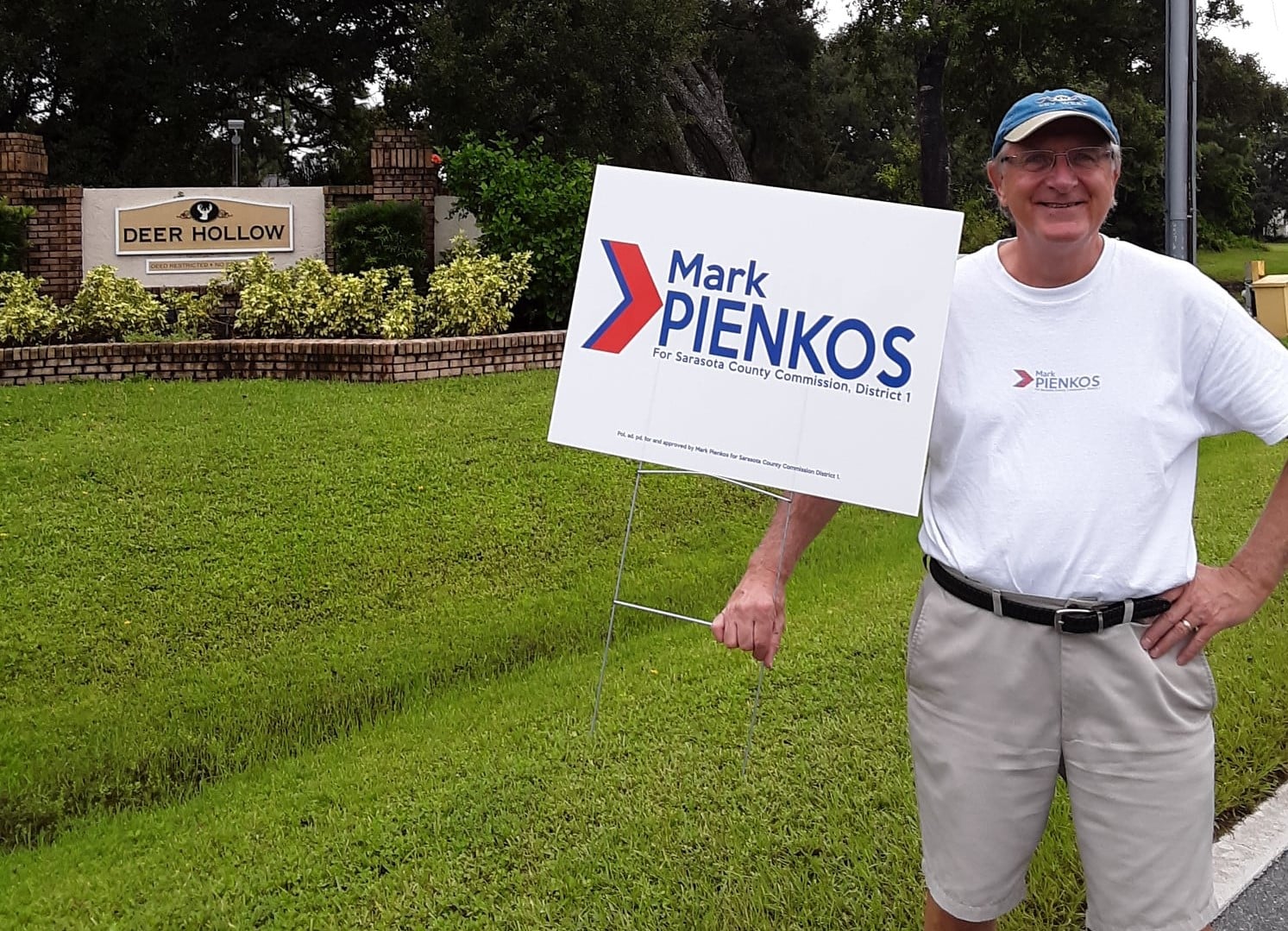 Republicans say they did.

Most notably, the letter notes Pienkos, who is challenging incumbent County Commissioner Mike Moran in District 1, received $6,000 from the Florida Democratic Party in September, along with a $500 check from the Sarasota Democratic Executive Committee.

Financial records show he accepted two checks from the state party in September, one for $2,500 and another for $3,500. A review of total contributions shows since he launched his campaign, Pienkos collected $1,500 from the county DEC.

But Brill said the county charter forbids donations greater than $200.

“We all have to abide by the same rules, not one set of ruled for the Republican party and another for the Sarasota Democratic and the state Democratic Party,” Brill said.

Florida Democrats this year made a concerted effort to win more local offices as well, apparently to the benefit of Pienkos. But Brill said a direct donation in excess of $200 breaks local regulations, one the Republican Party of Sarasota County long abided by with its own candidates.

Moran, for his part, said Pienkos and all the Democratic candidates needs to return the money immediately. As the sitting County Commission chair, he was copied on the letter from Brill.

“I find it outrageous that these candidates appear to be violating the very charter that they are running to protect,” he said in a statement. “It is clear they didn’t bother to read the rules of the charter, do not understand them, or have chosen to ignore them.”

“It has come to my attention that my opponent has been accused of serious campaign violations. It has been reported that on numerous occasions Mr. Mark Pienkos has taken campaign contributions well in excess of the $200 limit clearly outlined in the Sarasota County Charter and the Sarasota County Code of Ordinances,” Moran said.

Both Brill and Moran said there’s reasons for limits on donations even from parties, as money could easily be funneled by individuals into a state party and then dispersed, allowing donations well in excess of local limits.

“Mr. Pienkos’ own campaign reports document many thousands of untraceable dollars donated by Democratic activists. Again, this is a clear violation of the Sarasota County Charter limits,” Moran said.

“It is the responsibility of all candidates to follow the rules of the Sarasota County Charter. I call for all candidates that have taken these funds to return them to the Democratic Party immediately.”