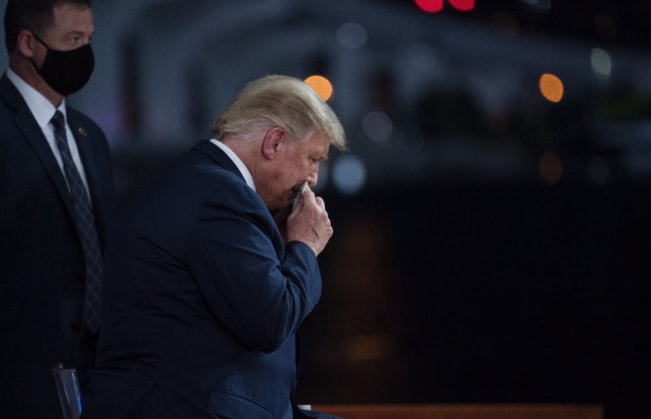 President Donald Trump was outraised by Democrat Joe Biden in September and is being outgunned financially by his rival with just weeks to go until Election Day.

Trump’s campaign, along with the Republican National Committee and associated groups, raised $247.8 million in September, well short of the $383 million raised by Biden and the Democratic National Committee in the same period. Trump campaign communications director Tim Murtaugh tweeted that the Trump effort had $251.4 million on hand at the end of September, compared with $432 million for Biden.

Trump’s financial disadvantage was once unthinkable — incumbent presidents traditionally vastly outraise their rivals — and poses a stark challenge to his reelection prospects. The president’s campaign was betting on a well-stocked bank account to blanket airwaves and online with Trump ads. But last week he was outspent on advertising by Biden by more than $10 million, according to the ad tracking firm Kantar/CMAG.

Trump was campaigning in Florida and Georgia, neighboring states he carried four years ago and must win again to extend his presidency. His decision to devote Friday evening’s prime-time slot to Georgia in particular highlighted the serious nature of his challenge in the 2020 contest’s closing days: Far from his original plan to expand into Democratic-leaning states, Trump is laboring to stave off a defeat of major proportions.

No Republican presidential candidate has lost Georgia since George H.W. Bush in 1992. And earlier in this week, Trump courted voters in Iowa, a state he carried by almost 10 points four years ago.