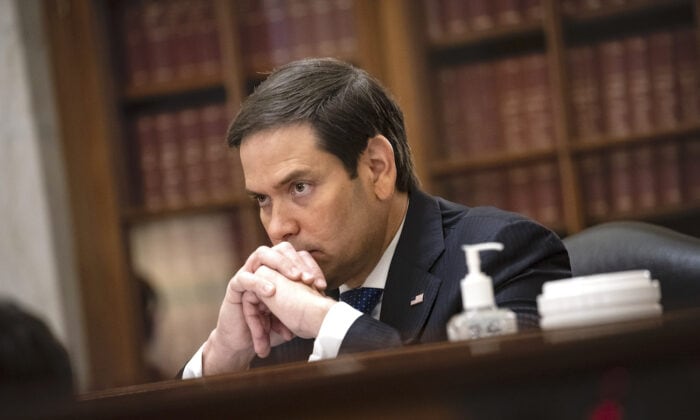 Democrats are wasting no time in eying their next prize.

Democratic strategist Ben Pollara launched the Retire Rubio website, Super PAC and a revived Twitter account, which seeks to remove U.S. Sen. Marco Rubio from office when he is up for reelection in 2022.

The campaign has more than 13,000 followers on Twitter, though the account has been active since May of 2019.

Pollara describes the campaign as an effort “to singularly focus on defeating this weak, sad, disappointing and absent Senator in 2022.”

It recycles a nickname for Rubio coined four years ago by Trump when he faced Rubio in a crowded GOP primary in that year’s presidential election.

“In election after election, Marco Rubio has skated by without being held accountable for his extremism and corruption in the Senate. For years, Marco’s campaigns have been bankrolled by Big Oil, Big Pharma, the NRA, and Wall Street, so if we’re going to be successful in taking them on, we have to get started early,” the website reads.

“That’s why on the heels of the 2020 election and Marco’s assistance in ramming through Amy Coney Barrett’s confirmation to the Supreme Court, Retire Rubio is forming to take on Marco Rubio’s hyper-partisanship and failed leadership. We are a grassroots-funded organization solely dedicated to taking on Marco Rubio and supporting his eventual Democratic opponent for Senate in 2022,” it continues.

The website goes on to describe Rubio as a politician “singularly dedicated to advancing his own political career — not the interests of everyday Floridians.”

The website includes a link to contribute to the cause and a sign-up to receive email updates.

Pollara has a lot of Florida successes, which he hopes to build upon with this campaign. Those include this year’s successful push to raise Florida’s minimum wage to $15 an hour by 2026, which was Amendment 2 on Tuesday’s ballot. He also worked on Miami Rep. Nick Duran’s successful reelection to a third term, previously worked on Agriculture Commissioner Nikki Fried’s 2018 campaign and was part of the leadership team that ushered in medical marijuana in 2016 via constitutional amendment.

“Marco Rubio has an appalling history of hardly ever showing up for work — and of siding with Wall Street, corporate polluters, big sugar and the NRA — over the people of our state. Retire Rubio’s chief objective is to focus like a laser on Little Marco’s failures and to ultimately defeat him in 2022,” Pollara said.

Nick Merlino, considered a rising star in Democratic politics, is also working on the Retire Rubio campaign. Merlino, this year, managed a congressional campaign in Texas and previously worked with Pollara on medical marijuana.

Janelle Irwin Taylor has been a professional journalist covering local news and politics in Tampa Bay since 2003. Most recently, Janelle reported for the Tampa Bay Business Journal. She formerly served as senior reporter for WMNF News. Janelle has a lust for politics and policy. When she’s not bringing you the day’s news, you might find Janelle enjoying nature with her husband, children and two dogs. You can reach Janelle at [email protected]floridapolitics.com.

previousDonald Trump lost, but Trumpism did not