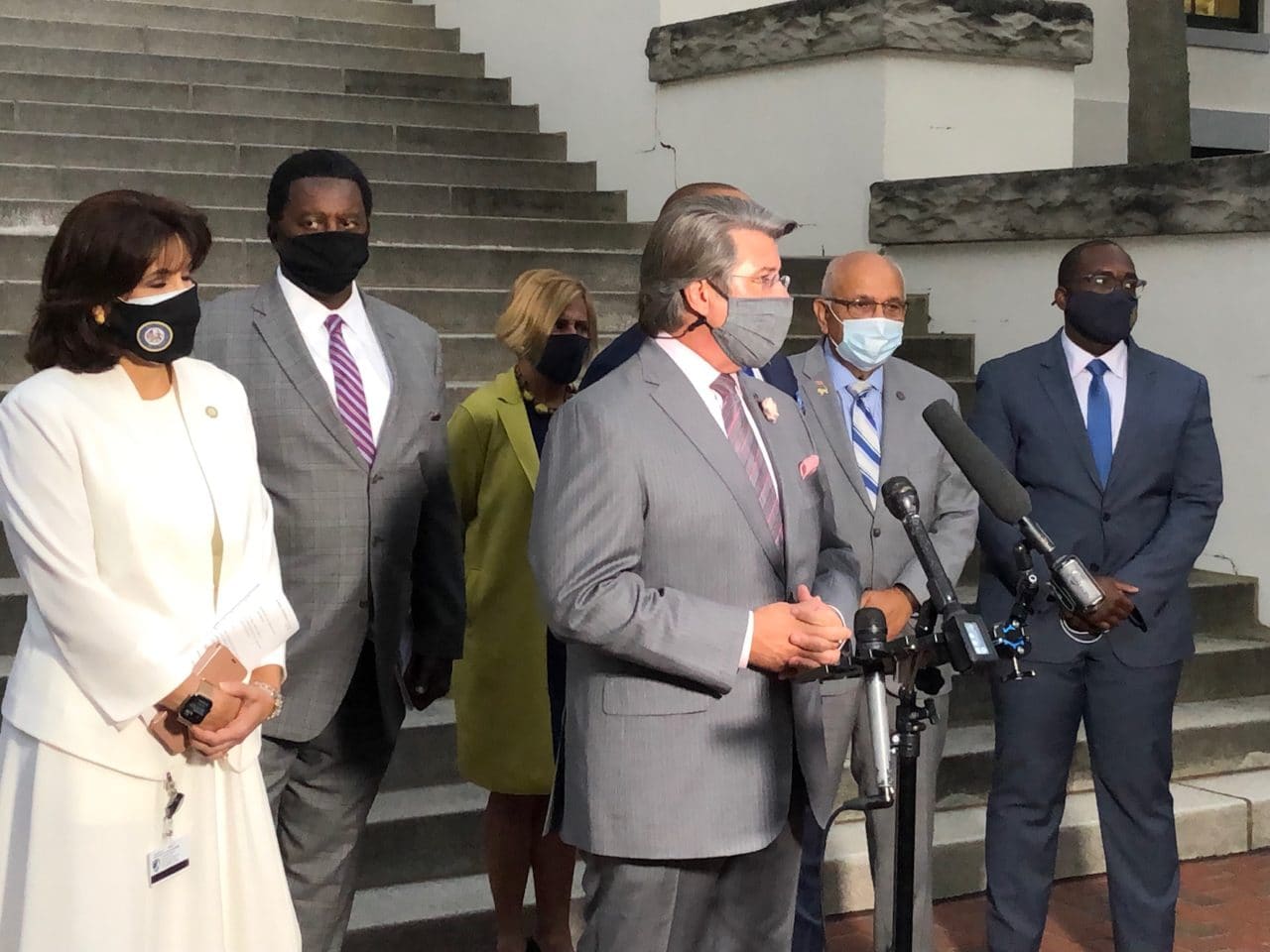 Despite Democrats’ losses across the state on Election Day, newly selected Senate Minority Leader Gary Farmer insists there is no mandate against President-elect Joe Biden in the Sunshine State.

Florida has benefited from Gov. Ron DeSantis‘ relationship with President Donald Trump, who has made federal aid quickly available to the state and who has elevated some of the Governor’s policy priorities to the federal level.

Minutes after Senate Democrats chose Farmer as their caucus leader for the 2020-2022 term, the new Minority Leader told reporters that Biden’s victory in the presidential election shouldn’t change the Legislature’s relationship with the federal government.

“I don’t think Florida should take a view that there was some sort of mandate against Biden simply because Trump won the state, and I would hope that we don’t reject much-needed help from the federal government,” Farmer said.

However, Democrats in Florida lost ground in the Legislature when they were hoping to tighten the deficit. In the Senate, former Sen. Jose Javier Rodriguez lost his reelection bid to Republican Sen. Ileana Garcia by 34 votes in what was supposed to be a relatively safe race.

Farmer, a Broward County Democrat, elevated health care and unemployment as some of the caucus priorities.

But in the face of a tight state budget stemming from the coronavirus pandemic, Farmer warned against the possibility that lawmakers could cut state programs to help meet the coming budget constraints. Republicans, he hoped, wouldn’t engage in “opportunism.”

“To cut services now would just be pouring salt on the wounds of Floridians who are already hurting in a variety of ways,” he said.

“It would frankly be a pretty hard slap in the face to Floridians if we had dollars here to provide help and ended up just sending those back,” Farmer said.

During his Monday designation ceremony speech, the new caucus leader issued his support for the Black Lives Matter movement.

“We should not use those as excuses to take away our focuses from inequalities that exist and reforms that are necessary. The Black lives that were lost before this election, they matter, and they need to motivate us to do better as a society and put in place reforms and help for our police officers.”

DeSantis and Republicans have drafted legislation cracking down on violent protests and protecting law enforcement officers. But Democrats have railed against the legislation, which emerged amid the Trump campaign’s “Law and Order” push following nationwide protests over the death of George Floyd at the hands of Minneapolis police.

Farmer said he hasn’t read the drafted legislation, but called what he has heard about so far “a nonstarter for our caucus.”

“People have the right to peacefully assemble,” he said, adding that both Trump and Biden supporters have peacefully demonstrated in the days after the election. “Frankly, none of the horrors that we thought and people were predicting would occur on or after Election Day have really happened.”

Lawmakers will convene in the Capitol Tuesday for the Organizational Session for the 2020-2022 term as growing COVID-19 outbreaks loom over the state. Farmer said he was “a little disappointed” that the Florida Senate has opted to recommend masks rather than require them on the floor despite the Democrat saying he was led to believe that there would be a mandate.

“We’re very concerned about people walking around this Capitol without masks,” Farmer said. “We don’t want to make the Legislative Session a super-spreader event.”