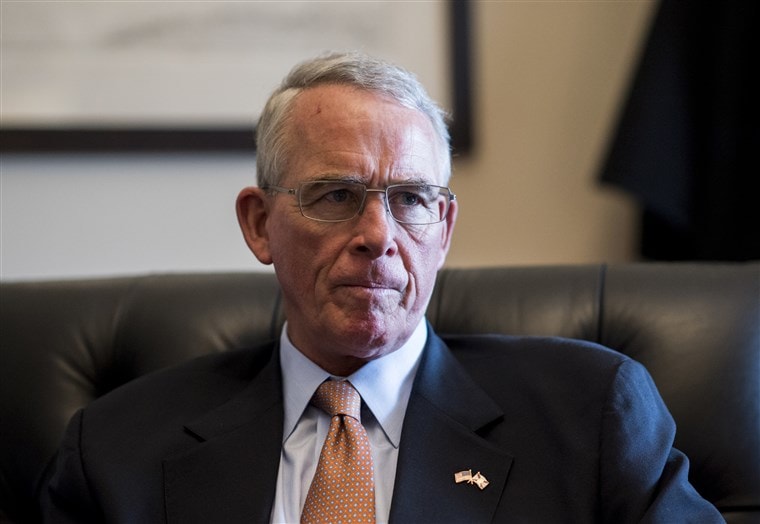 'It is dangerous to not allow Biden access to the Presidential Daily Briefings.'

“As our nation finishes counting all of the ballots in this year of record voter turnout, we are about to see a transition to a new administration led by Joe Biden,” Rooney wrote. “The President should provide the necessary assistance to the transition teams, and lead our country in coming together for the good of all its citizens.”

Rooney is preparing to leave Washington himself, though notably of his own volition. He announced last year he would not seek a third term. Rooney at the time, was already drawing criticism in Florida’s 19th Congressional District for supporting a Trump investigation. He ultimately voted against impeaching Trump over communications with Ukraine but was the last House Republican on record to oppose the attempt to remove the President from office.

Now, he said the voters have made the ultimate decision to deny Trump a second term. As a former ambassador to the Vatican, Rooney said the Trump administration’s refusal to allow a transition to begin threatens national security.

“It is dangerous to not allow Biden access to the Presidential Daily Briefings or to any messages that the State Department is receiving for him,” Rooney wrote. “During this time of transition, we know from past experiences such as the Cold War dangers of the Eisenhower/Kennedy transition, Iran hostage crisis during the Carter/Reagan transition, and terrorism threats during the Clinton/Bush transition, that our newly elected President must be fully up to speed on world affairs, potential conflicts and the status of our assets abroad.”

Refusing to concede also plays into the hands of hostile nations looking to undermine Western democracy, he wrote.

“By questioning the integrity of the 2020 election without reliable proof of wrongdoing we undermine the principles of free and fair elections and leave our country distracted and exposed to our enemies,” he said.

Some of that falls on states unprepared to produce results in a timely fashion amid the pandemic. Rooney suggested Arizona, Georgia, Pennsylvania and Nevada could learn from Florida regarding mail-in vote procedures and tabulation of ballots.

But ultimately, it falls on Trump, as it historically did for Presidents John Adams, John Quincy Adams, and Andrew Johnson and others, to respectfully hand power to a political adversary.

“It is therefore incumbent upon the United States to ensure to its citizens — and to demonstrate to the world — that we are on course for a peaceful transfer of power,” Rooney wrote.

It doesn’t appear, however, that Trump feels anxious to follow Rooney’s counsel. The President spent Monday morning on Twitter questioning the integrity of Georgia results and accusing “Radical Left Democrats” and the “Fake News Media” of trying to steal the election and falsely declaring “I won the Election!”

previousGary Farmer: No mandate against Joe Biden in Florida