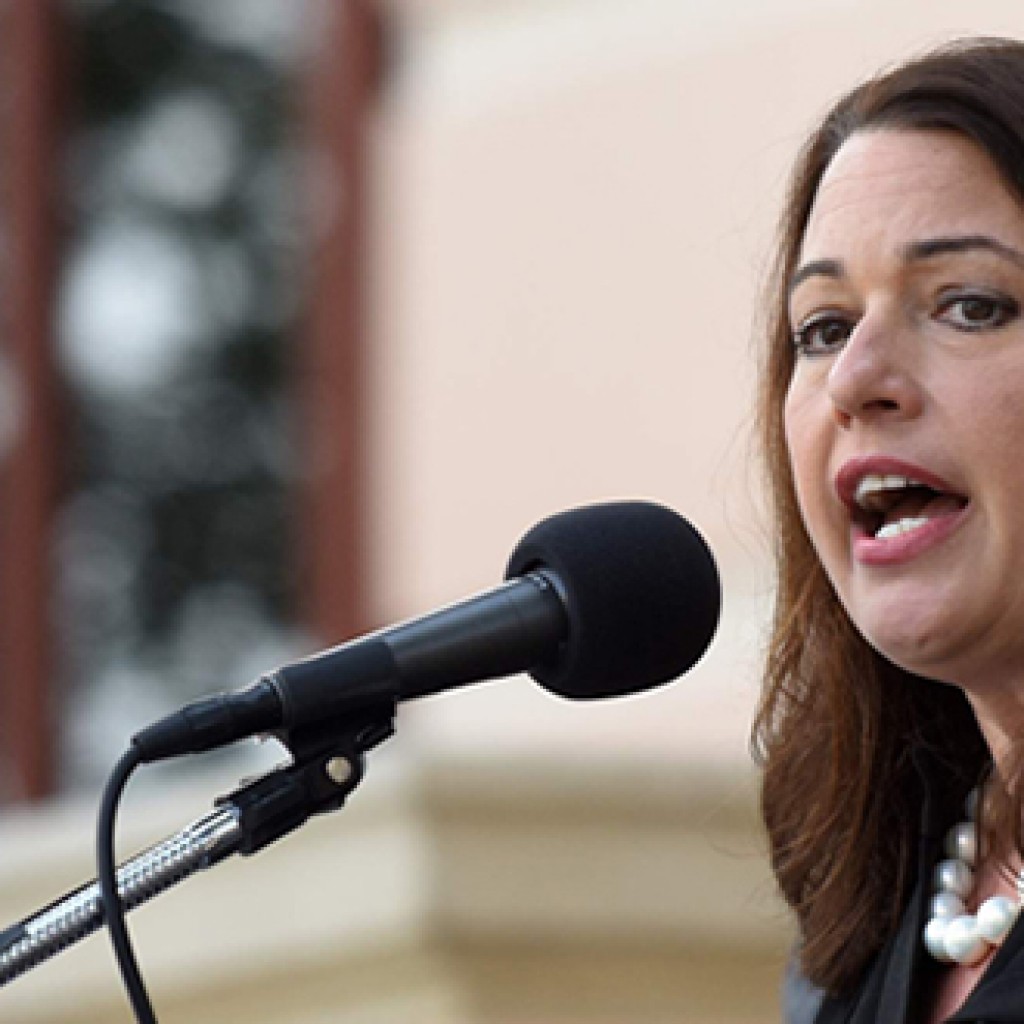 Veteran St. Petersburg City Council member Darden Rice has her sights set on succeeding current Mayor Rick Kriseman in the 2021 mayoral race, despite demurring through much of the past year about her expected run.

The seat is up for grabs with Kriseman facing term limits after the 2021 election.

Rice has climbed the ranks of St. Pete politics in the last decade since first being elected to the City Council in 2013. In 2019, Rice was listed at No. 13 on the list of Tampa Bay’s Most Powerful Politicians, a jump from her 2018 rank at No. 22 and a testament to her increasing influence as she approaches a mayoral bid.

During her time in the local political sphere, Rice has proven to be an outspoken advocate on issues relating to the environment and affordable housing — two major priorities in the coastal community.

Rice doggedly supported a plastic straw ban and has been forward-thinking on affordable housing in a city where home ownership has become increasingly out of reach for middle-income earners and rentals in the city are on the rise.

In 2017, Rice also helped lead efforts to ban political action committee spending in municipal elections, a move that drew both praise and ire in the local political community.

Rice got an early start on fundraising, launching her committee, Friends of Darden Rice, at the beginning of 2019. That prompted criticism from Kriseman, who quipped that it was “both unusual and disappointing that fundraising and campaigning for mayor (had) already begun” just over a year into his second term.

While the committee hasn’t reported much activity since mid-October, it has still been the subject of scrutiny under the ordinance championed by the candidate herself.

Of the committee’s 287 contributors so far, Rice has received about two dozen donations from businesses, nearly half of which were $5,000 contributions.

Most recently, the committee received a $1,000 donation from architectural millwork company T2thes, Inc. on Oct. 29.

The St. Pete ordinance caps contributions from outside spending committees to $5,000. Under Florida Division of Elections rules, there are no limits. The ordinance also requires businesses contributing to file a disclosure with the city certifying they do not have more than 5% foreign interest in the business.

While Rice’s committee has adhered to the $5,000 city-imposed cap on contributions, a February report from Florida Politics found that only one of those contributing businesses filed the city-required disclosures, Ygrene Energy Fund Inc. for its $500 contribution, according to public records.

The ordinance requires disclosures no later than 30 days after the contribution was made. All of the remaining businesses are now outside that 30-day window.

The issue could dog Rice’s campaign. Any political consultant would likely exploit the opportunity to demonstrate hypocrisy in a candidate’s voting record compared to their campaign finance activity. As one of the biggest champions for St. Pete’s campaign finance reform, her campaign’s failure to adhere to its guidelines will likely be the subject of various campaign attacks.

In February, Rice said her campaign was adhering to the ordinance, pointing to all of her contributions falling at or below the $5,000 threshold. She argued the foreign influence disclosures don’t have to be filed until she becomes an official candidate, which as of this posting, she still is not. Still, it’s a gray area ripe for debate.

Rice’s committee has spent more than $15,000 on consultation services with Blue Ticket Consulting, a Democratic firm headed by married couple Meagan Salisbury and Tom Alte. The remainder of the committee’s expenditures so far have been on credit card processing fees and donations, including a $2,500 donation to the Florida Democratic Party.

Rice declined an interview request, saying she doesn’t plan to grant interviews on her race until the new year.

The contributions show Rice might be banking on crossover appeal from conservatives, a strategy that can be successful in Tampa Bay area politics. Former Hillsborough County School Board member Cindy Stuart, a Democrat, most recently won election to Clerk of the Court after courting Republican donors and endorsements in a race against fellow Democrat Kevin Beckner. While she was criticized in some Democratic circles, the strategy won as she scooped up Republican voters looking for a candidate to back in the absence of a GOP candidate.

So far, the strategy doesn’t seem to have lost Rice support among Democrats. She has taken in plenty of money from prominent Democrats including $5,000 from Matt Weidner, a former Republican turned Democrat, and from JoAnn Nestor, a prominent Democratic donor. There are a host of well-known local Democrats who have also contributed.

Despite Welch’s established roots in the community, Rice is also an active community leader as a former president of the St. Pete League of Women Voters, and co-founder of the Pinellas Living Green Expo and past Florida director of Gulf Restoration Network.

So far no Republicans have announced intention to run. Potential GOP candidates include Robert Blackmon and Jeff Brandes. Blackmon previously declined to say whether he would entertain a mayoral bid next year, but said he was honored to be a part of the conversation. Brandes has repeatedly said he will not run, but continues to be a source of speculation regardless. A 20-year-old University of South Florida student, Michael Ingram, has also filed to run.

nextWhere has Gov. DeSantis been since his last press conference? Vaccine prep