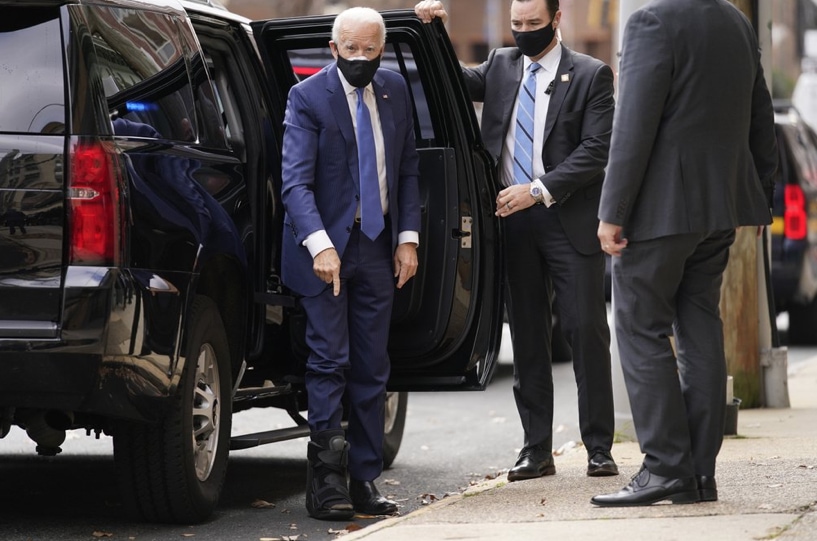 'It is time to reconnect,' said Ursula von der Leyen.

The European Union is grasping the imminent arrival of the incoming Biden administration as a key moment to reset relations with the United States after four years of acrimony under President Donald Trump.

With a series of initiatives, the 27-nation bloc is seeking to rekindle the decades-old spirit of trans-Atlantic cooperation that has long defined global diplomacy. But the EU also acknowledges that future relations will have to adapt to a multi-polar world where China is an ever bigger player.

The EU is glad to be shedding the Trump years, when the U.S. president was intent on criticizing European allies for cowering under the U.S. defense and security umbrella while seeking economic advantage through subsidies and other trade tactics.

During the four years of unraveling trans-Atlantic relations, China and Russia have risen to the fore — creating a multipolar world in which the EU is looking for the strongest partner possible.

EU partners are seeking a change from Trump’s go-it-alone credo and back to a multilateral approach to better deal with global crises.

“We have a once-in-a-generation opportunity,” said a strategy paper released by Borrell on Wednesday. To cement that cooperation, the EU has already invited Joe Biden to visit Brussels at the earliest opportunity next year. Beyond the EU itself, Germany and France have also sounded equally welcoming to the U.S. president-elect.

When it comes to the coronavirus pandemic, the EU is already calling for the United States to come back to boosting the World Health Organization, which Trump jettisoned earlier this year.

Trump also pulled Washington from the Paris climate agreement, and the EU is seeking Biden to bring the U.S. back into that fold again too.

The EU fully realizes though that its intents might not match reality anytime soon on other issues such a trade conflict over subsidies — highlighted by the longstanding fight between plane construction champions Boeing and Airbus and differences over steel exports.

Even if the EU would already love to intensify its outreach before Biden’s inauguration on Jan. 20, it is still hamstrung by U.S. congressional confirmation hearings, which make it difficult for any talks to already enter into diplomatic detail.