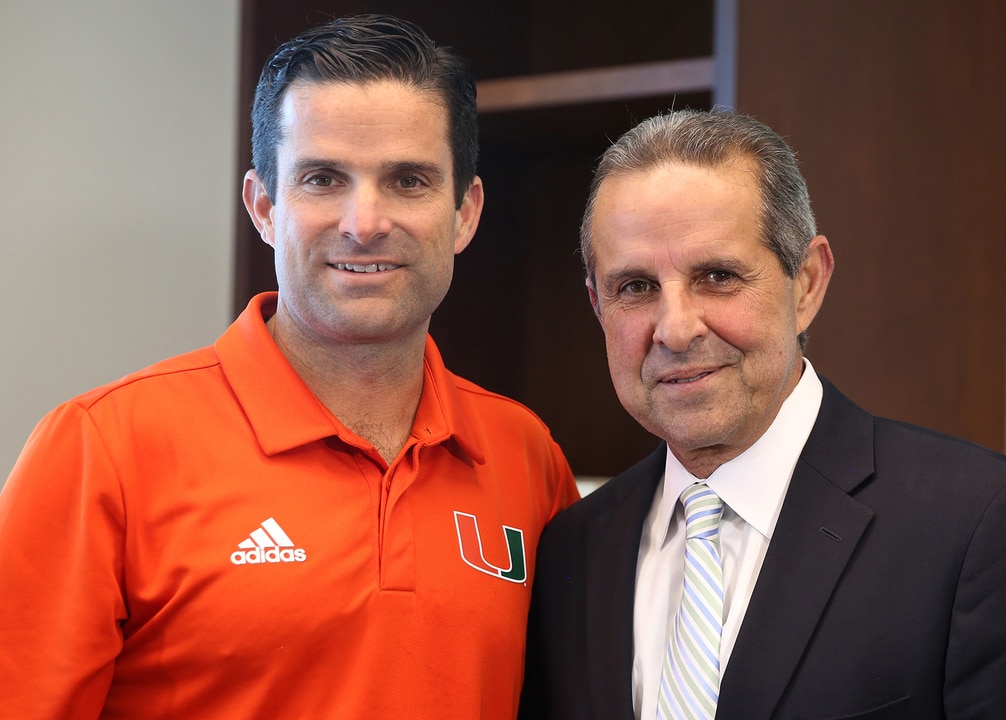 Diaz is running to replace Terrie Rizzo, who is not seeking reelection.

A broad coalition of current and former elected officials are rallying behind former Miami Mayor Manny Diaz to lead the Florida Democratic Party.

Diaz announced his bid for Florida Democratic Party chair on Tuesday, setting up a bid that would likely pit him as the heavy favorite, at least within the party’s mainstream establishment, as evidenced by a list of endorsements rolled out Friday.

Diaz is running to replace Terrie Rizzo, the Florida Democratic Party’s current head, who announced Thursday she would not seek reelection to state party chair.

Rizzo has been mired in controversy in recent weeks after the 2020 election saw devastating losses for Democrats, including handing five seats to Republicans in the Florida House and two in Congress.

“Manny will do the work every day to build a party focused on coalition building and grassroots organizing that engages and mobilizes diverse communities across the state,” Gibson said. “He brings exactly the kind of leadership we need at the Florida Democratic Party and is committed on day one to building a bench of candidates around our party platform of inclusion and helping Floridians by creating jobs, ensuring health care, investing in education, and building small businesses. For these and other matters we discussed, I support Manny Diaz for State Party Chair, and I know that our future is bright.”

Democrats, having lost ground in the U.S. House of Representatives this cycle despite holding a majority, are looking at 2022 to not only gain ground in Congress but in the Florida Legislature, where they have been in the minority for years. The state’s establishment Democrats see Diaz as the best fit to lead them in that endeavor.

“Manny knows we can only make progress in Florida if we elect Democrats to represent us at every level of government, and that is why I am proud to be supporting his candidacy for FDP chair,” Cruz said. “Manny is the leader that can rebuild and refocus our party on the organizing and infrastructure building that will help Democrats win.”

Cuba-born Diaz, 66, was Mayor of Miami from 2001 to 2009. His son, Manuel Alberto “Manny” Diaz II, is the head coach of the University of Miami Hurricanes football team.

“As our state continues to battle a pandemic that has taken too many lives and affected so many others, now more than ever it is important to elect the right leaders, and that is why I am supporting Manny Diaz to lead the Florida Democratic Party,” said Thurston, a Lauderhill Democrat. “To get things done, we need Democrats in office, and that starts with strong leadership. I know Manny Diaz will be an effective leader who will take on the challenge and get us on a path to victory.”

The FDP’s left-wing is likely to put forward its own challenger or two under the argument that Democrats have been-there-done-that with moderates directing the party, only to lose. Progressives have grumbled for years that moderates’ talk about fundraising and coalition-building turns off many voters.

“I’m proud to be supporting Manny for FDP chair because he has a vision and plan to get our party back on track to elect Democrats, which means building the infrastructure and organizing program to support local and state candidates,” said Torres, who represents Orange County. “Here in Central Florida, our economy is hurting, and so many are without jobs because Republicans refuse to do anything to get this pandemic under control. We need Democrats in office to fight for the interests of hardworking Florida families, which is exactly why I’m supporting Manny’s campaign for FDP chair.”

“After years of tough campaign cycles and devastating election nights, Florida Democrats are ready for leadership to transform the Florida Democratic Party into an operation that will engage and mobilize Democrats across the state,” Taddeo, a South Florida Senator, said. “I’ve known Manny for decades, and I know he is committed and will do the work necessary to rebuild our party and elect Democrats up and down the ticket. From grassroots organizing to party infrastructure to developing a message that connects with Floridians across the state, we need change, and I know Manny is the right person for the job.”

“Florida Democrats need a chairman who is committed to building the diverse coalitions and investing in the grassroots organizing that will help Democrats win all throughout Florida,” Jones said. “I’m reminded every day I’m in Tallahassee the importance of representation and leadership, and now, more than ever, we need Democrats fighting for Floridians in Tallahassee, but also in our city halls, on our school boards and our county commissions. I believe Manny Diaz can unite and lead Democrats in the work to build a strong Florida Democratic Party.”

Diaz touts his record on affordable housing, public transit and economic development “that transformed Miami from a national punchline into a world-class metropolis.” And he reaches out to the party’s progressives by noting that former Vice President Al Gore nicknamed him, “The Green Mayor,” based on his environmental policies, according to his initial declaration to run.