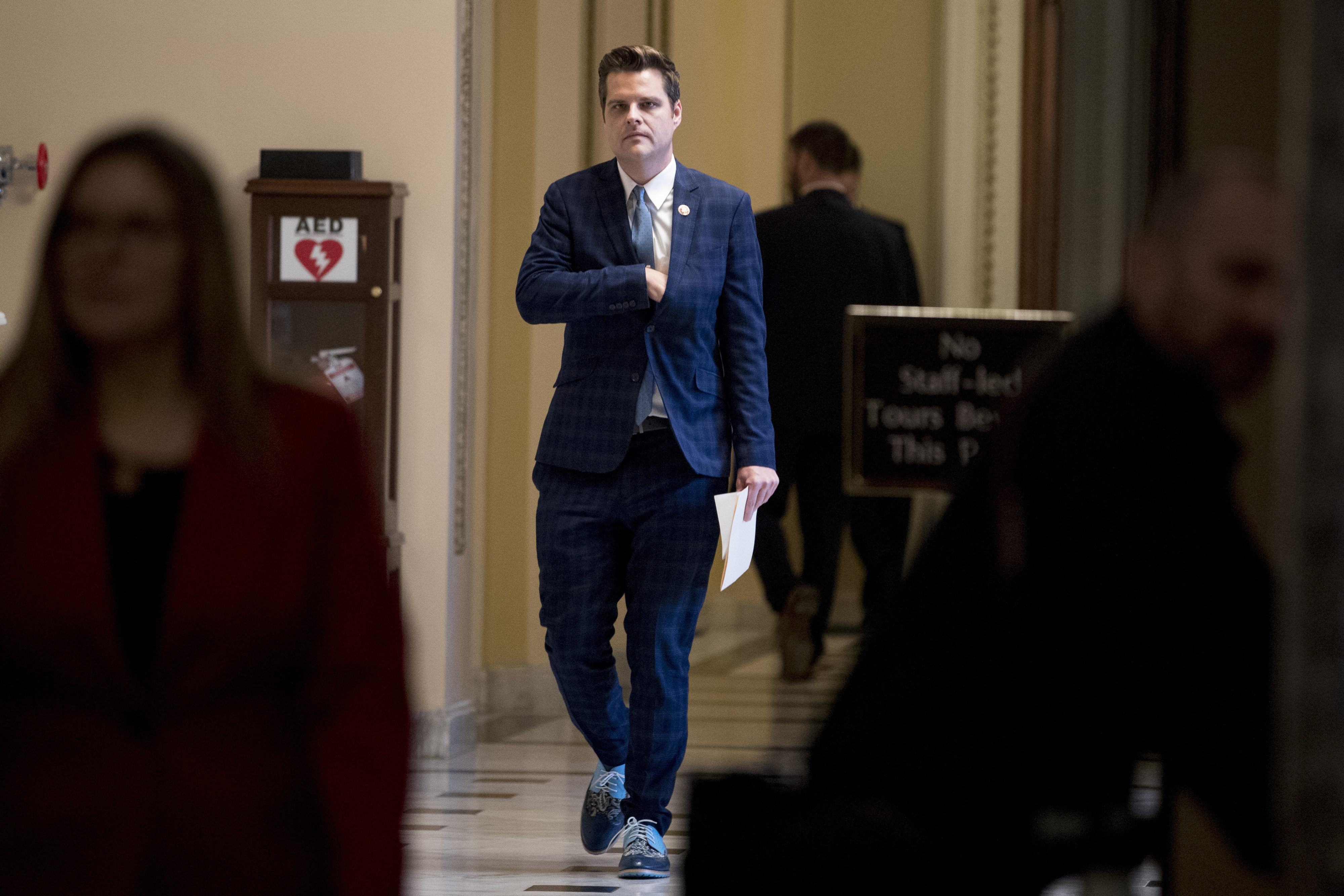 The measure is unlikely to survive the Republican-controlled Senate.

Florida Congressman Matt Gaetz dug his heels Friday as the sole Republican co-sponsor to legislation that would, among other things, decriminalize marijuana at the federal level.

The House voted in favor of the Marijuana Opportunity Reinvestment and Expungement (MORE) Act, H.R. 3884, with a vote of 228-164. The Act would also expunge lower-level federal marijuana offenses and create a 5% excise tax. The tax would be used to support businesses and individuals “impacted by the war on drugs.”

Gaetz voted in favor of the legislation and spoke in support before lawmakers on the House floor.

“The federal government has lied to the people of this country about marijuana for a generation,” Gaetz said. “We have seen a generation, particularly of black and brown youth, locked up for offenses that should have not resulted in any incarceration whatsoever.”

Notably, the Panhandle congressman described the MORE Act as “flawed” and lamented that it would create new taxes and programs.

He contended, however, that cannabis reform has enjoyed “overwhelming support” in states where it has appeared on the ballot.

He added that arguments by Republican colleagues against cannabis reform are “losing with the American people.”

While the act is unlikely to survive the Republican-controlled Senate, Gaetz encouraged the 117th Congress to take up the States Act.

The bill, however, would not legalize cannabis at the federal level.

“If we were measuring the success in the war on drugs, it would be hard to conclude anything other than the fact that drugs have won,” Gaetz said.

In a news release, Crist said marijuana criminalization not only hurts communities of color but military veterans as well.

“Cannabis prohibition also keeps medical cannabis out of the hands of veterans in need,” Crist said. “That’s why state after state is approving legalization, and why the federal government should follow their lead and work to right the wrongs of the past.”

Crist, a former Florida Governor, highlighted that the federal government could collect more than $100 billion in tax revenue annually by removing federal restrictions.

She noted that 68% of Americans support marijuana legalization as of November 2020, according to Gallup.

“I am hopeful that this long overdue measure will be prioritized in the 117th Congress, on behalf of the countless families whose lives were upended by the war on drugs, patients who need safe and secure access to medical marijuana, and the diverse array of entrepreneurs seeking the economic potential of this growing industry, including hemp farmers right here in Florida,” Fried said.