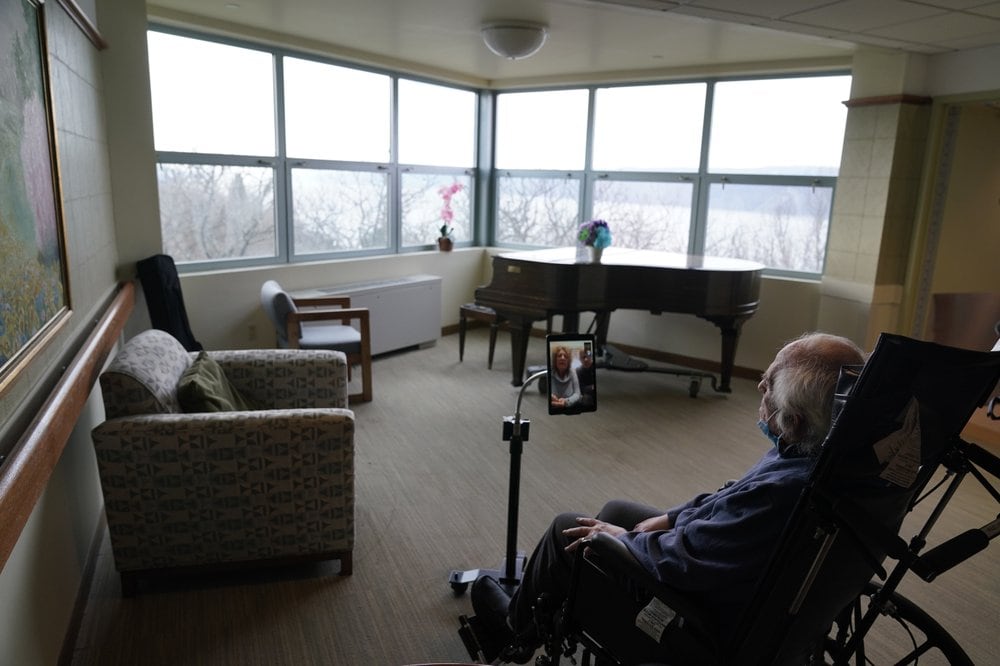 “There is nothing to celebrate. The national average is a catastrophe,” said Dave Bruns, the spokesperson for AARP Florida.

Deaths in Florida’s nursing homes doubled during the Thanksgiving holiday, according to statistics gathered by the AARP. But Florida’s rate was dramatically lower than the national average, as COVID-19 infections across the country surged.

Still, the rise in deaths drew concern from advocates also worried about gatherings over Christmas and other yearend celebrations.

In the three weeks straddling the Thanksgiving holiday, the rate of deaths in Florida nursing homes was 4.7 for every 1,000 residents — more than double the 2.3-death average recorded in the four weeks leading into the holiday. The data was partly culled from statistics generated by the Centers for Disease Control. Nationally, the death rate over the holiday period was 15.3 deaths per 1,000.

“There is nothing to celebrate. The national average is a catastrophe,” said Dave Bruns, the spokesperson for AARP Florida.

Gov. Ron DeSantis has made it a priority to protect the state’s elderly. Florida has one of the country’s largest concentrations of seniors. He emphasized that point Tuesday during a news conference in The Villages, Florida’s largest retirement community.

“We are not going to put young, healthy workers ahead of our elderly population,” DeSantis said, criticizing a proposal by the Centers of Disease Control and Prevention that front line essential workers should be the next priority to get vaccinated.

“If you’re a 22-year-old working in a food services, let’s say a supermarket, you would have preference over a 74-year-old grandmother. I don’t think that is the direction that we want to go,” DeSantis said before health care workers and retirees were vaccinated at his media event. “They do not bind states, and they do not bind individual governors and they will not bind the state of Florida. So let me just be very, very clear. Our vaccines will be targeted to our elderly population.”

For most people, the coronavirus causes mild or moderate symptoms, such as fever and cough. But for others, especially older adults and people with existing health problems, the highly contagious virus can cause severe symptoms and be fatal.

Nationally, the rate of deaths among nursing home residents, as well infections to not only residents but the staff who care for them, has more than tripled over the past seven weeks. The COVID-19 pandemic has killed more than 106,000 residents and staff of nursing homes and other long-term care facilities.

Nursing homes have been among the hardest hit from the outbreak, with more than 7,700 of the state’s 20,680 confirmed deaths occurring at such facilities.

“Public health experts had warned Americans that cases would increase as families traveled and visited each other over Thanksgiving, and the reported numbers have proved these warnings correct,” Jeff Johnson, AARP’s Florida state director, said in a statement.

“Better news may be on the way soon as vaccinations are rolled out, but in the near term, nursing home residents and staff face serious risks,” he said.

On Tuesday, Florida reported 10,434 new confirmed cases of the virus, and 76 deaths. Overall, Florida has had more than 2.2 million cases and more than 21,000 deaths.

previousLast Call for 12.22.20 — A prime-time read of what’s going down in Florida politics