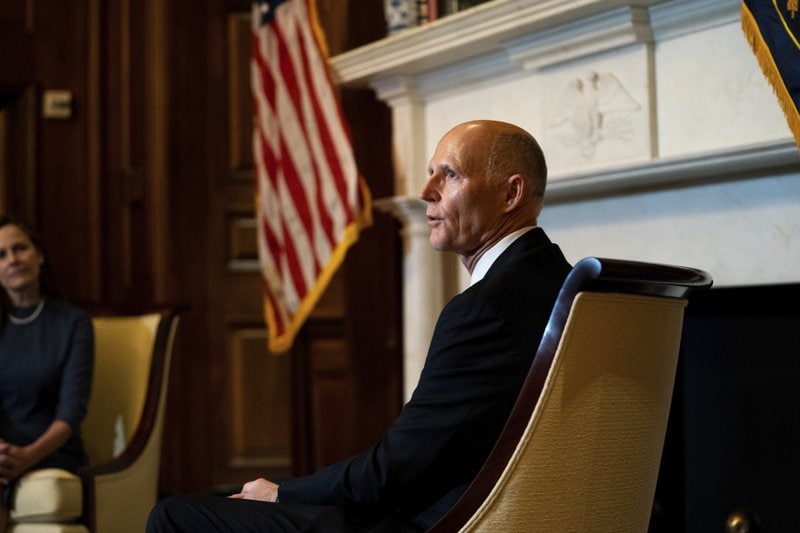 Rick Scott may soon see throngs of Donald Trump supporters on his lawn this weekend.

Roger Stone allies have launched a national website announcing plans to rally at homes and offices for GOP Senators across the country. So far, the only such event announced on the website remains a Southwest Florida caravan to Scott’s home in Naples this Saturday.

The goal of this direct outreach? Convincing Florida’s junior Senator to challenge Democrat Joe Biden’s Electoral College victory when the results arrive in Congress for certification on Jan. 6.

“We are calling on our patriots of SW Florida and Sarasota area to come together for the good of our country and Demand that our Senator Rick Scott contests the results of the 2020 election,” reads an event announcement on Facebook. “Our politicians are elected to work for us and we demand they stand for what is right and hear our voices prior to the opening of the Electoral College vote.”

The event is hosted by Josh Sapienza, Raj Doraisamy and Alexis Spiegelman, three conservative activists based in Sarasota. The group of activists have launched the website Enough2021.org, a call to action to Republicans nationwide to push back on the election certification.

“Our founding fathers took great care to protect our sacred vote from being stolen through the process set forth in our Constitution,” the website reads. “Now WE THE PEOPLE, must demand that our elected officials represent our will in this election.”

The plan is to organize at two locations, a Gecko’s in Sarasota and the Shops at Surfside shopping center in Cape Coral.

It’s the latest chapter in Trump supporters’ increasingly improbable attempt to install Trump to a second term as President.

Doraisamy recently posted an interview with Stone detailing a process for challenging the Electoral College results. In it, Stone says Doraisamy’s evidence of voter fraud in several swing states is “overwhelming and compelling,” but that mainstream media won’t cover it.

Of course, the same suggestion was alleged in a legal challenge in four states brought by Texas Attorney General Ken Paxton, which inspired amicus briefs from Florida Attorney General Ashley Moody and from most Republicans representing Florida in the House. The Supreme Court rejected the suit.

But some House members have said they will challenge the Electoral College results. Alabama Sen.-elect Tommy Tuberville has suggested he may support such a move as well, though Republican Senate Majority Leader Mitch McConnell has discouraged any members from doing so.

For his part, Scott has shown a willingness to entertain accusations of fraud despite a lack of any evidence. During a hearing this month with the Senate Committee on Homeland Security and Government Affairs, he said many of his constituents have “lost confidence in the electoral process” based on Biden’s victory and are “furious that the whole system is rigged.”

“How is this different than what (Venezuelan leader Nicolás) Maduro‘s doing?” Scott said.

He also compared Democrats efforts to Scott’s own 2018 election when he narrowly defeated Sen. Bill Nelson after two recounts.

It’s worth noting some differences exist. Scott led the entire time and fought any challenge to the results. Also, unlike the widely criticized elections where Maduro won reelection, the contest in November resulted in the defeat of the incumbent President, including in states where elections are overseen by members of his own party.