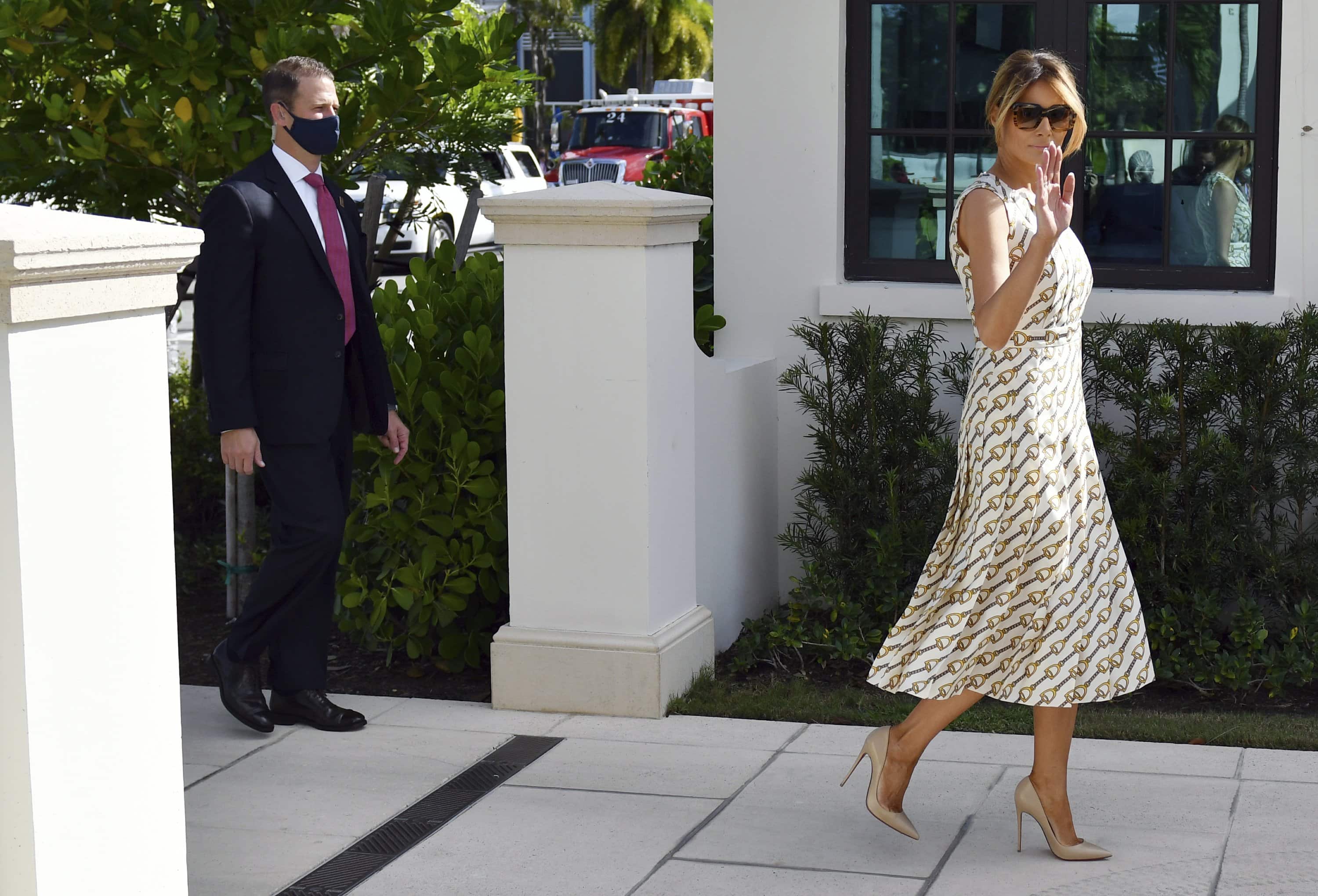 Melania Trump said Monday that she is “disappointed and disheartened” by the deadly riot at the Capitol last week by supporters of her husband.

In breaking her silence, she also lashed out at people she said have used the event to spread “salacious gossip, unwarranted personal attacks and false and misleading accusations about me.”

The statement marked the First Lady’s first public comment in the five days since a violent mob of Donald Trump supporters, angry over Trump’s election loss and stirred up by the President himself, stormed the Capitol on Wednesday and temporarily disrupted proceedings certifying that Democrat Joe Biden will be the next president come Jan. 20.

“I am disappointed and disheartened with what happened last week,” she wrote in a White House blog post released before sunrise. “I find it shameful that surrounding these tragic events there has been salacious gossip, unwarranted personal attacks, and false misleading accusations on me — from people who are looking to be relevant and have an agenda.”

The First Lady did not say whom she was referring to in her complaints about to personal attacks.

Last week, Stephanie Winston Wolkoff, the first lady’s former friend and one-time assistant at the White House, wrote an editorial accusing Mrs. Trump of being “complicit in the destruction of America.”

Their friendship ended bitterly after Wolkoff, who had worked on arranging festivities for Trump’s inauguration in 2017, said the First Lady failed to defend her after questions arose about inaugural spending, now the subject of federal and congressional investigations.

In the post Monday, the first lady said, “This time is solely about healing our country and its citizens. It should not be used for personal gain.”

“Our Nation must heal in a civil manner,” she wrote. “Make no mistake about it, I absolutely condemn the violence that has occurred on our Nation’s Capitol. Violence is never acceptable.”

She also urged people to stop the violence, not judge people by the color of their skin or “use differing political ideologies as a basis for aggression and viciousness.” She made no comment about her husband or his role in encouraging his supporters to go to the Capitol.

The president has spent the weeks after losing the November presidential contest spreading baseless claims that the balloting was tainted by massive fraud and that the election was stolen from him. Numerous state and federal officials, including former U.S. Attorney General William Barr, said there was no evidence of fraud on a scale massive enough to have affected the outcome.

previousSunburn — The morning read of what’s hot in Florida politics — 1.11.21

nextTurned out, this revolution was televised, or at least live-streamed