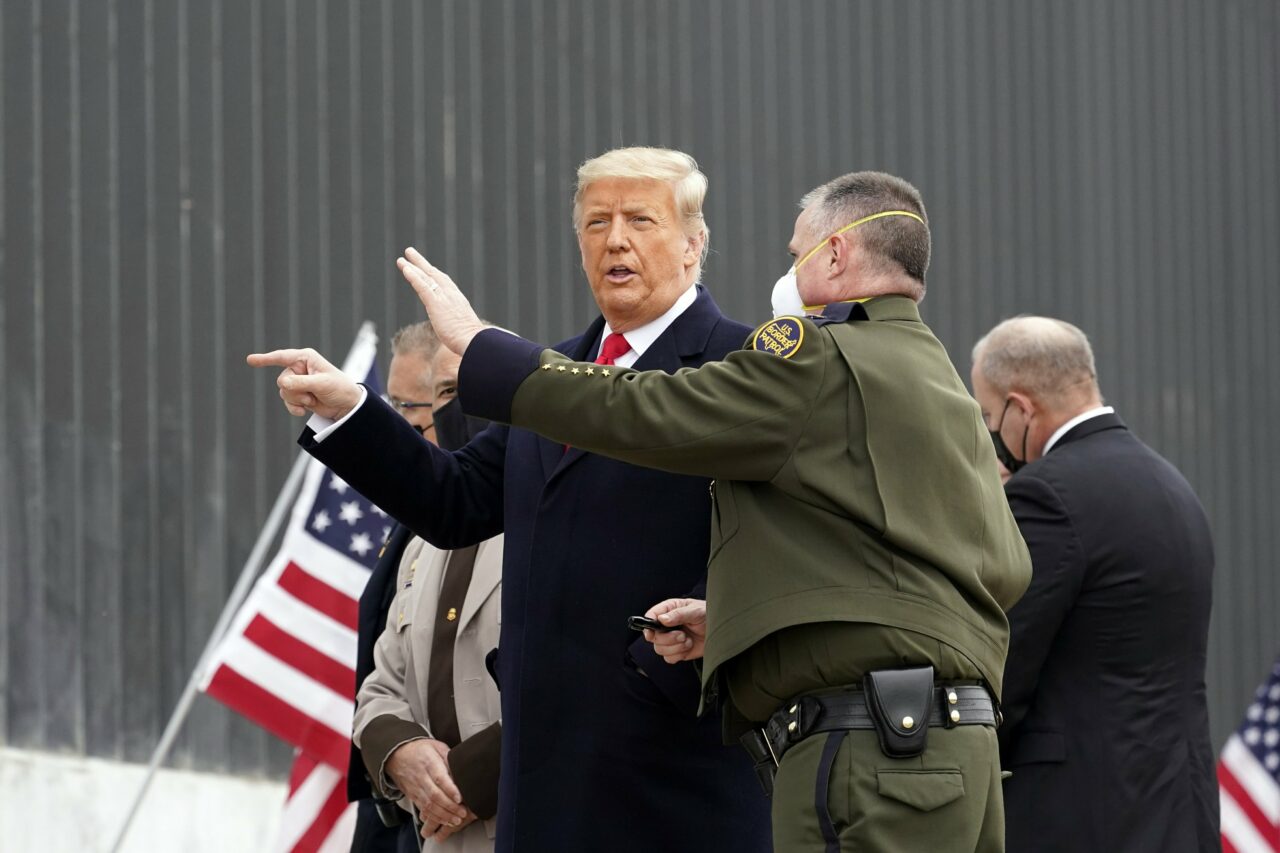 There's stepped up security and trauma in the air after the Capitol riots.

President Donald Trump is on the verge of becoming the first president to be impeached twice, as lawmakers move quickly to punish him over last week’s deadly U.S. Capitol attack. Trump’s fiery speech at a rally just before the Jan. 6 riot is at the center of the impeachment charge against him, even as the falsehoods he spread for months about election fraud are still being championed by some Republicans.

A Capitol police officer died from injuries suffered in the riot, and police shot and killed a woman during the siege. Three other people died in what authorities said were medical emergencies.

What to watch as the Democratic-controlled House moves to impeach Trump for the second time in 13 months — now with just days left in the defeated president’s term.

But first, a vote on the 25th Amendment

Before proceeding with impeachment, the House pressed Vice President Mike Pence and the Cabinet to remove Trump more quickly and surely, warning that he is a threat to democracy in the few remaining days of his presidency.

The House approved a resolution late Tuesday calling on Pence and the Cabinet to invoke the 25th Amendment to the Constitution to declare the President unable to serve. Pence, who was among those forced to take shelter inside the Capitol complex during the attack, said before the vote that he would take no such action, leaving lawmakers with impeachment as their only option to remove Trump from office before Jan. 20, when President-elect Joe Biden is set to be sworn in as President.

The Democratic case for impeachment

Trump faces a single charge — “incitement of insurrection” — after the deadly Capitol riot in an impeachment resolution that the House will begin debating Wednesday. It’s a stunning end for Trump’s presidency as Democrats and a growing number of Republicans declare he is unfit for office and could do more damage after inciting a mob that ransacked the Capitol.

“President Trump gravely endangered the security of the United States and its institutions of Government,” reads part of the four-page impeachment bill. “He will remain a threat to national security, democracy and the Constitution if allowed to remain in office.”

House Speaker Nancy Pelosi, a California Democrat, said impeachment is needed despite the limited number of days left in Trump’s term. “The President’s threat to America is urgent, and so too will be our action,” she said.

Trump’s actions were personal for Pelosi and many other lawmakers. She was among those forced to huddle in a bunker during the Capitol riots, and armed rioters menaced staffers with taunts of “Where’s Nancy?”

How many Republicans will support?

Unlike the last time Trump was impeached, when no House Republicans supported charges against Trump over a call he made to Ukraine’s new President, the current impeachment effort has drawn support from some Republicans.

House Minority Leader Kevin McCarthy of California and his deputy, Louisiana Rep. Steve Scalise, are again expected to oppose impeachment, but Wyoming Rep. Liz Cheney, the No. 3 House Republican, said Tuesday she will support it.

Cheney, whose father, Dick Cheney, served as Vice President under George W. Bush, has been more critical of Trump than other GOP leaders. She said in a statement Tuesday that Trump “summoned” the mob that attacked the Capitol, “assembled the mob, and lit the flame of this attack.” She added: “Everything that followed was his doing” and noted that Trump could have immediately intervened to stop his supporters from rioting but did not.

Reps. John Katko, a New York Republican, and Adam Kinzinger, an Illinois Republican, also said they would back impeachment, and some other Republicans seem likely to follow.

McCarthy, one of Trump’s closest allies in Congress, echoed Trump in declaring that “impeachment at this time would have the opposite effect of bringing our country together.”

In a move short of impeachment, McCarthy and other Republicans have floated the idea of a House censure of Trump. Although it was not clear how much support the proposal has, McCarthy said censure or some other mechanism — such as a bipartisan commission to investigate the attack — would “ensure that the events of January 6 are rightfully denounced and prevented from occurring in the future.″

Democrats, with the votes to impeach in hand, aren’t buying it.

How will Trump respond?

So far, Trump has taken no responsibility for his part in fomenting the violent insurrection, despite his comments encouraging supporters to march on the Capitol and praising them while they were still carrying out the assault. “People thought that what I said was totally appropriate,” he said Tuesday.

In the days leading up to the Jan. 6 certification vote, Trump encouraged his supporters to descend on Washington, D.C., promising a “wild” rally in support of his baseless claims of election fraud, despite his own administration’s findings to the contrary.

Speaking for more than an hour to a crowd assembled near the White House, Trump encouraged supporters to “fight like hell” and suggested they march down to the Capitol to encourage GOP lawmakers to “step up” and overturn the will of voters to grant him another term in office. He also said he would join them in marching on the Capitol, although he returned to the White House immediately after the speech and watched the riot on TV.

One significant difference from Trump’s first impeachment: He no longer has a Twitter feed to respond in real time.

In a sign of the increase tensions in the wake of the attack, House lawmakers will for the first time be required to go through a metal detector before being allowed to enter the chamber.

This new security measure will stay in effect every day the House is in session for the foreseeable future, according to a directive by Timothy Blodgett, the acting House sergeant-at-arms. Blodgett replaced the longtime sergeant-at-arms who resigned after widespread criticism about poor security planning for the Jan. 6 certification vote.

Members of Congress have previously enjoyed nearly free roam at the Capitol, able to bypass security screening stations at most entrances to the building. In the House chamber, there have been Capitol Police officers and civilian door monitors but no screening stations.

Blodgett also told lawmakers they must wear masks during the COVID-19 crisis and that they face removal from the chamber if they fail to do so.

Will lawmakers rein in emotion of the floor?

While debate on the House is often impassioned, emotions are expected to run unusually high as lawmakers debate impeachment. Not only is it the second time they have voted on such a measure, the debate comes exactly one week after a majority of House Republicans objected to the certification of Biden’s victory, setting the stage for the hours-long siege that rocked the Capitol and the nation.

In the end, 121 House Republicans voted against Arizona’s certification of Biden’s victory — and 138 GOP lawmakers opposed Pennsylvania’s certification — even after the assault on the Capitol, an unprecedented break with tradition that has Democrats seething. A recent breakout of COVID-19 among lawmakers who were held in lockdown with others who refused to wear masks has only heightened tensions.