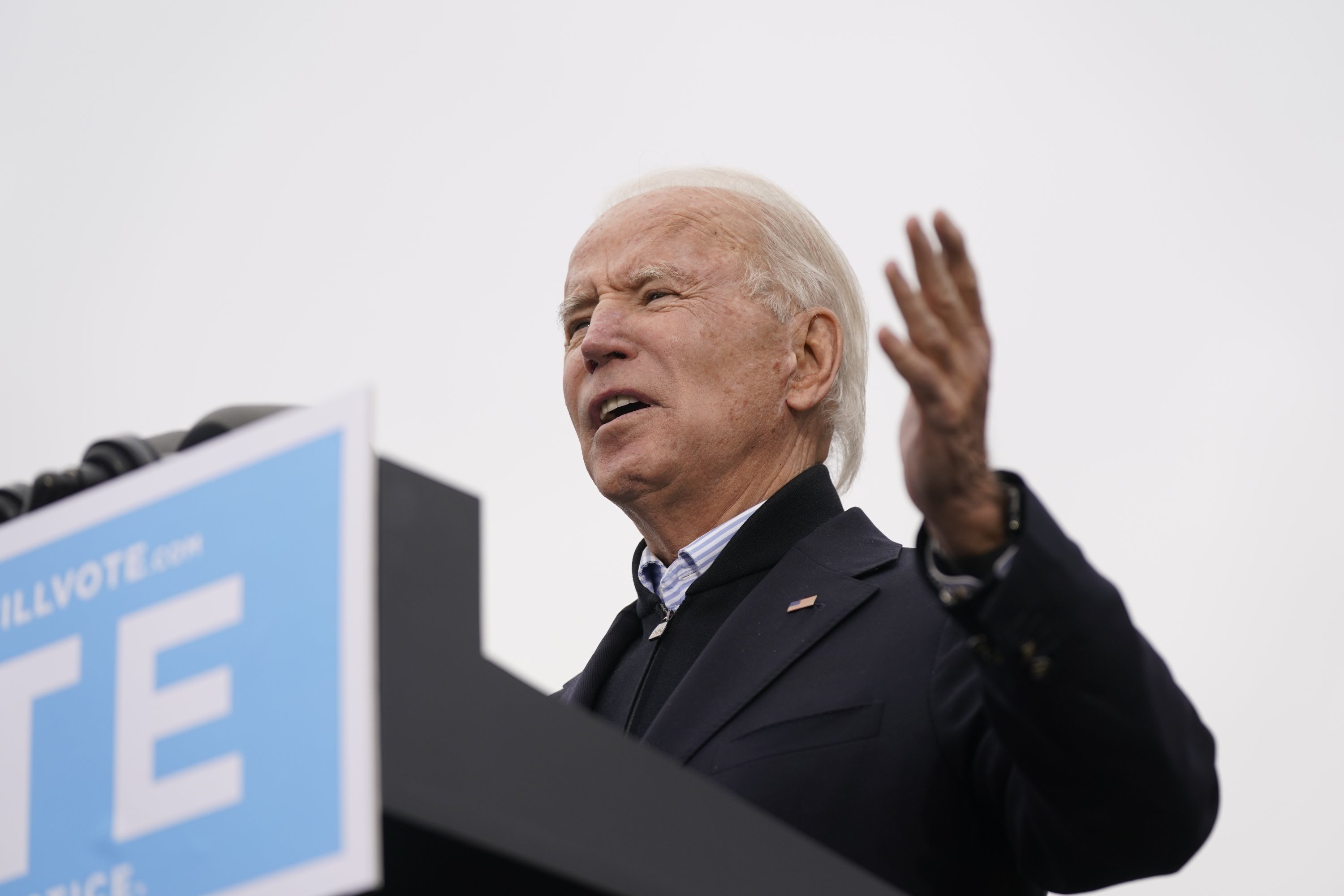 Trump's words never matched his actions, but maybe Joe Biden can actually make life better for those most in need.

Donald Trump’s inaugural address four years ago was a call to arms, but not against other nations. It pitted U.S. citizens against their government and each other.

“For too many of our citizens, a different reality exists. Mothers and children trapped in poverty in our inner cities,” he said that day. “Rusted-out factories scattered like tombstones across the landscape of our nation. An education system, flush with cash, but which leaves our young and beautiful students deprived of knowledge.

“And the crime and gangs and drugs that have stolen too many lives and robbed our country of so much unrealized potential.”

Then he delivered the punch line.

Trump supporters nearly wept with joy. Finally, someone in authority said out loud what many have long felt about a government they believe ignores them. They trusted he would be their champion, and, oh, how did he put it?

Well, look at the scoreboard of unkept promises.

For too many of our citizens, a different reality continues to exist. The rich got richer, while younger adults struggled to afford soaring apartment rents. Mothers and children remain trapped in poverty, a fact compounded by an inept federal response to COVID-19. Those rusted-out factories didn’t magically spring back to life.

In Florida, we have an education system that continues to fail its most vulnerable students.

Oh, and that education system “flush with cash” of which the soon-to-be-former President spoke? The Hillsborough County School District, the seventh-largest in the country, has a $72 million budget deficit. It may eliminate teaching positions and consolidate some schools to save money.

Let’s not be too quick to dismiss the tone of that speech, though. Many people would love it if Joe Biden borrowed some of those themes at his inauguration Wednesday – perhaps without the carnage part. We could use a little optimism.

“That all changes – starting right here, and right now, because this moment is your moment. It belongs to you.”

We talk a lot about unity, but we rarely see that happen. Perhaps the greatest of Trump’s many failings was ignoring anyone who didn’t vote for him. The pot of gold goes to any President or Governor who can bring a complex nation or state more toward the middle.

Gov. Ron DeSantis did that in the first year or so of his administration, and the result was soaring approval ratings. Support came from both sides of the aisle, and it was earned. That’s what happens when people feel respected. For most people, inclusiveness matters more than ideology.

Oh, and tell the truth even when it hurts.

Trump’s reelection campaign sank because voters understood he wasn’t leveling with them about the virus. He argued with medical experts and poisoned many supporters’ minds by suggesting scientists were part of the Deep State out to control America.

Filter that against these words he said four years ago.

“We are one nation – and their pain is our pain. Their dreams are our dreams, and their success will be our success. We share one heart, one home, and one glorious destiny,” he said.

We know that’s not what happened, but I’d be fine if Biden echoes that theme when he takes over. That’s because we are one nation. We should care about the pain of those who work multiple jobs to make ends meet.

It should bother everyone that millions of fellow citizens don’t have adequate health insurance, or lack a decent home and schools for their kids. Or don’t feel valued.

They want a piece of the dream, too.

Four years ago, a con man made a promise he didn’t keep, but he got one thing right.

What happened really was an American carnage. That “different reality” of which Trump spoke still exists today.

We can’t take four more years of that. Biden’s task is to convince a skeptical nation that it really will be different this time. We’ll all be watching, fingers crossed.