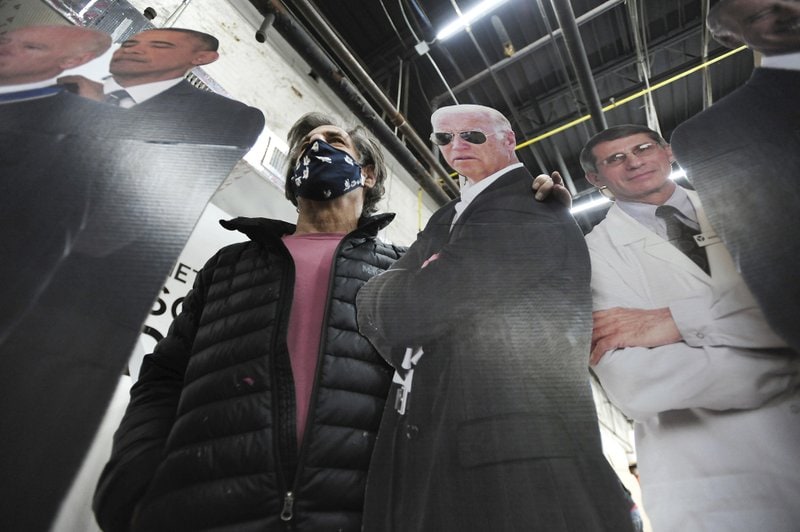 The new administration revoked a plan to withdraw U.S. membership.

Fauci, speaking by videoconference from pre-dawn United States to WHO’s executive board, said the U.S. will join the U.N. health agency’s efforts to bring vaccines, therapeutics and diagnostics to people in need, whether in rich or poor countries. He said the U.S. will also resume full funding and staffing support for WHO.

Fauci’s quick commitment to WHO — whose response to the coronavirus outbreak was repeatedly berated by the Donald Trump administration — marks a dramatic and vocal shift toward a multilateral approach to fighting the pandemic.

“I am honored to announce that the United States will remain a member of the World Health Organization,” Fauci said. Just hours after Biden’s inauguration on Wednesday, his administration announced the U.S. will revoke a planned pullout from the WHO in July that had been announced by the Trump administration.

Fauci said the Biden administration “will cease the drawdown of U.S. staff seconded to the WHO” and resume “regular engagement” with WHO. “The United States also intends to fulfil its financial obligations to the organization,” he added.

He referred to Tedros Adhanom Ghebreyesus, the WHO director-general, as “my dear friend.”

Other countries and the WHO chief jumped in to welcome the U.S. announcements, and pledged to work with the Biden administration.

“This is a good day for WHO and a good day for global health,” Tedros said, referring to “my brother Tony” in reference to Fauci, while congratulating Biden and Vice-President Kamala Harris. “The role of the United States, its role, global role is very, very crucial.”

The United States under Trump had been the highest-profile — and most deep-pocketed — holdout from the COVAX Facility, which has faced financial hurdles and contractual challenges with vaccine manufacturers as well as vast logistical issues. Both the European Union and China have given their support to the program.

nextWill Weatherford tapped for USF Board of Trustees