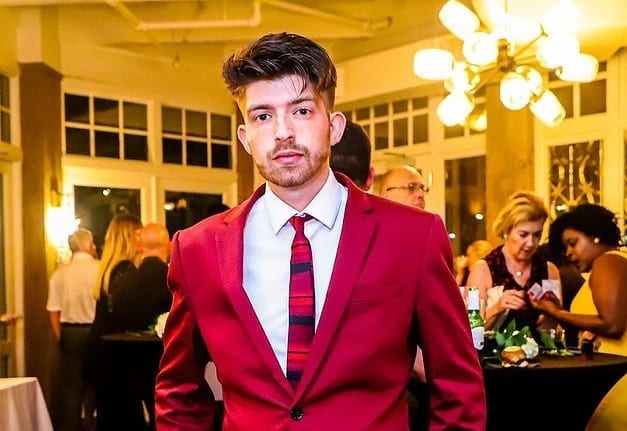 Carn is seeking to succeed Bobby DuBose, while Miller is looking to replace Joe Geller.

Oakland Park Vice Mayor Michael Carn will seek the House District 94 seat, which DuBose has held for the past eight years. Clay Miller is running for Geller’s seat in House District 100.

Oakland Park City Commissioners first appointed Carn to serve on that body in 2015. Carn’s trade is electrical engineering, though he has dabbled plenty in politics as well. Carn ran unsuccessfully for a state Senate seat in 2008. He then ran for the Oakland Park Commission in 2009 and 2011, also losing both times.

For the 2022 election, Carn will come in with experience after winning subsequent elections to the commission following his 2015 appointment. He’ll also take over as Oakland Park Mayor later this year.

“I was told way back, some 13 years ago, don’t ever run for Oakland Park Commission because Oakland Park will never have a Black man on its Commission,” Carn told Florida Politics.

“I think the voters saw my heart. They saw my love of service, and that I’m a solutions-type of person.”

Carn feels confident he’ll be able to make the transition from the City Commission to the state Legislature next year.

“I just love to help. Give me a task, I’ll do it. Give me your problem, and I’ll help find a solution for it.”

HD 94 covers parts of Broward County including Fort Lauderdale, Plantation and Wilton Manors. It’s heavily Democratic, with DuBose securing his fourth and final term after winning the August primary against 21-year-old Elijah Manley. DuBose secured 70% of the vote in that race and did not face a General Election opponent.

Geller got off even easier, winning completely uncontested in 2016, 2018 and 2020 after first securing the House District 100 seat in 2014. Now, Miller is the first candidate in the upcoming cycle seeking to be his successor.

Miller went to school in the district before attending George Washington University. He returned to work on Beam Furr’s successful Broward County Commission campaign. Miller now works as Furr’s legislative director. In 2019, Miller was also elected as president of the Broward Young Democrats.

Miller is still putting together his campaign and plans to formally announce his candidacy early next week. While he has experience in Broward County politics, HD 100 is split between Broward and Miami-Dade counties. Miller cited that reality in explaining his filing so soon in the 2021-22 cycle.

“I know I have work to do in introducing myself to the folks in Miami-Dade County,” Miller said. “But I am starting early, and I want to prove myself to people and I want to earn their support.”

He said he’s begun reaching out to players in the Miami-Dade political scene. Miller said he’s looking forward to more traditional campaigning once COVID-19 vaccinations are in full swing throughout the region.

“I’m planning to go out and talk to every person that I can in this district,” Miller explained.

“Obviously I would like to be out there on the doors and meeting people at events right now. I know it’s not possible to do that, in terms of health and safety. But my background is in organizing and the number one thing that we’re taught as organizers is to find ways to get scrappy and find innovative ways to talk to people.”

That could include phone calls with voters and Zoom meetings if necessary, Miller said.

Should he succeed Geller, Miller’s number one priority would be coastal resiliency.

“That’s one area where I feel we have some degree of bipartisan consensus in Tallahassee,” Miller said.

“I think because this is a coastal district, it’s priority number one in terms of what’s on people’s minds. I think it’s not just a top priority in terms of health and safety -literal houses being washed away – it’s an economic issue as well. It’s affecting businesses. It’s affecting property values. So it’s a major issue.”

HD 100 is also a Democratic stronghold. That means both seats will likely feature competitive primaries, as the Democratic nominee would be a heavy favorite in each seat in a General Election.