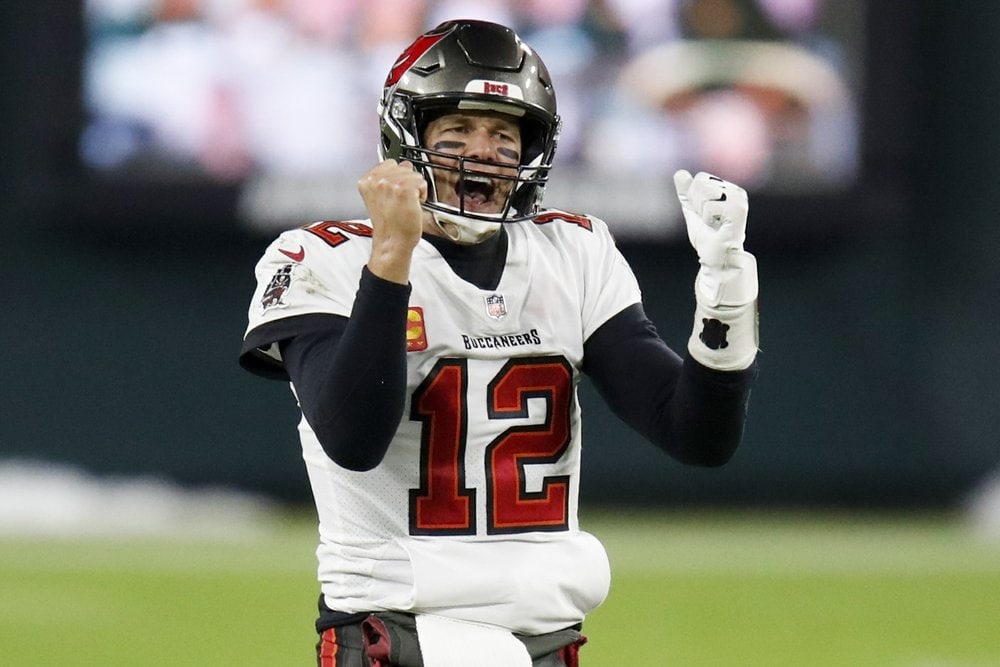 Brady doesn’t really have time to look back.

Long before fleeing the New England winters for the Florida sunshine, Tom Brady knew exactly how it felt when a superstar changed teams.

Brady was a sophomore at Junipero Serra High School in San Mateo, California, when his hero Joe Montana bolted the San Francisco 49ers for Kansas City in 1993.

So, Brady certainly appreciates what it must be like for Patriots fans watching him lead the Buccaneers (14-5) out of football’s purgatory into Super Bowl 55 against Patrick Mahomes and the Chiefs (16-2) — while his old team picks up the pieces from its first losing season since 2000.

Brady said he cherished his “magical” run in New England, where he put down roots, helped build a dynasty and forged so many relationships that “shaped me into who I am as a person, as a player.”

He said a special place in his heart was reserved for all of New England, which he knew nothing about as a skinny kid coming out of Michigan when the Patriots picked him with the 199th selection of the 2000 draft.

“They called me and said, ‘You’ve been picked by New England,’” Brady recounted. “I was like, ‘That’s amazing! Where is New England?’”

By the time he traded the snowy winters for the sandy beaches, Brady had won six Super Bowls with Bill Belichick and stamped his mark as the greatest quarterback ever.

“It was a great 20 years and at the end of the day, I had an opportunity to become a free agent,” Brady said. “I evaluated different opportunities and just tried to make the best possible decision for myself and my family. I chose Tampa and it’s just been an amazing experience.”

Brady doesn’t really have time to look back, however, not with the likes of Chris Jones, Tyrann Mathieu and Frank Clark awaiting him next weekend.

Win and he’ll have a seventh NFL title, breaking a tie he shares with three members of Vince Lombardi’s great Green Bay Packers teams of the 1960s who took four league championships and then the first two Super Bowls. He’d also join hardwood great Oscar Robertson and baseball Hall of Famer Frank Robinson as superstars who won a championship in their first year with a new team.

Robertson was traded in 1970 at age 31 from the Cincinnati Royals to Milwaukee, He teamed with Lew Alcindor, who had not yet changed his name to Kareem Abdul-Jabbar, to win 66 games in the ’70-71 regular season and sweep the Washington Bullets for the team’s only NBA title.

Robinson was 29 and coming off a 33-homer, 113-RBI season in 1965 when the Reds traded him to the Orioles. Robinson had the greatest payback season of all time, winning the AL Triple Crown by hitting .316 with 49 homers and 113 RBIs, then and winning both the American League and World Series MVP honors in Baltimore’s 4-0 sweep of the Dodgers in 1966.

The list of those who fell short of a title in their first year with a new team includes Montana, Brett Favre and Peyton Manning in football; Abdul-Jabbar, LeBron James, Michael Jordan and Wilt Chamberlain in basketball; Babe Ruth, Hank Aaron and Willie Mays in baseball; Wayne Gretzky, Ray Bourque and Bobby Orr in hockey.

All of them were younger than Brady (43) at the time they switched teams, and some of them, including Manning, James, Ruth and Bourque, went on to win championships in subsequent seasons.

Brady guided the Bucs to their first playoff appearance in 13 years and won three road games in the playoffs — as many as he won in 20 years in New England — to reach his 10th Super Bowl in 21 NFL seasons.

A look at a dozen superstars who came up short in the first season with their new teams:

He won four Super Bowls in 13 seasons with the 49ers but an elbow injury allowed Steve Young to take over the offense in ’91-92, and Montana was traded to K.C. in 1993. He guided the Chiefs to the AFC championship, where he missed most of the second half of a 30-13 loss to Buffalo with a concussion. He retired a year later after losing to Miami in the playoffs.

Brady’s pal went 13-3 in Denver in 2012 after the Colts released him following multiple neck surgeries. But the Broncos lost to Baltimore 38-35 in double overtime in the playoffs Manning would wait another three years before winning Super Bowl 50 in his final game, becoming the only starting QB to win Super Bowls with two teams.

The Packers moved on to Aaron Rodgers when Favre retired in 2007. He changed his mind and was traded to the Jets, going 9-7 before retiring once more. He came out of retirement again, going 12-4 with the Vikings in ’09 but throwing an interception that led to a 31-28 overtime loss to the Saints in the NFC championship. He retired for good after going 5-8 in 2010.

James became an NBA villain for “The Decision” and the phrase “taking my talents to South Beach” became a punchline after he came up short of a title in Miami in 2010-11 following his departure from Cleveland. He won titles the next two years, then led the Cavs to a title two years after returning to Cleveland. He joined the Lakers in 2018 and won his fourth title last season.

After winning his first title in 1971 in Milwaukee, the three-time NBA MVP wanted a bigger market and was dealt to the Los Angeles Lakers in 1975. He endured several so-so seasons before the franchise drafted Magic Johnson in 1979. The Lakers would win five titles and reach four more NBA Finals behind Johnson and Abdul-Jabbar.

Jordan won six NBA titles with the Chicago Bulls dynasty of the 1990s sandwiched around his year in the White Sox minor league organization. He joined the Washington Wizards as part owner and president of basketball operations in 2000. He returned to the court in ’01, averaging more than 20 points in his two seasons but failing to make the playoffs again.

“The Stilt” averaged more than 34 points and 22 rebounds in his first six seasons and wanted to return to Philadelphia after the Warriors moved to San Francisco and the Syracuse Nationals relocated to become the 76ers. His wish was granted in 1964-65 season. He won his first NBA title in 1967 and another in ’72 in his fourth season with the Lakers.

In the most famous transaction in baseball history, Red Sox owner Harry Frazee sold the “Sultan of Swat” to the Yankees for $100,000 following the 1919 season. Ruth hit 54 homers with 135 RBIs in his first season in pinstripes. The game’s first great slugger would later win four World Series in New York to go with the three he won in Boston.

“The Hammer” started and ended his career in Milwaukee. He played 21 seasons for the Braves, winning the ’57 World Series over the Yankees. He returned to Brew City in 1975 when the Braves, who had relocated to Atlanta in 1966, traded him to the AL’s Brewers. He hit 22 homers over the next two years in Milwaukee but didn’t reach the playoffs again.

Mays spent the first 21 seasons of his Hall of Fame career with the New York and San Francisco Giants. In May 1972, the Giants traded him to the New York Mets for a minor league pitcher and cash. He hit just eight homers that year, but one came against his former team in a 5-4 win in his Mets debut. He retired after hitting six homers in 1973, a year the Mets lost in the World Series.

The Boston Bruins traded their 39-year-old star defenseman to the Colorado Avalanche in 2000. The Avs lost in the Western Conference finals that year but in 2000-01, Bourque scored 59 points during the regular season and 10 more in the playoffs as he hoisted the Stanley Cup for the first time before calling it a career.

In a decade of dominance with the Boston Bruins, Orr won 18 individual awards and two Stanley Cup championships, in 1970 and ’72. He joined the Blackhawks as a free agent in 1976, but knee problems limited his production and he retired at age 30 after just two years and no titles in Chicago.