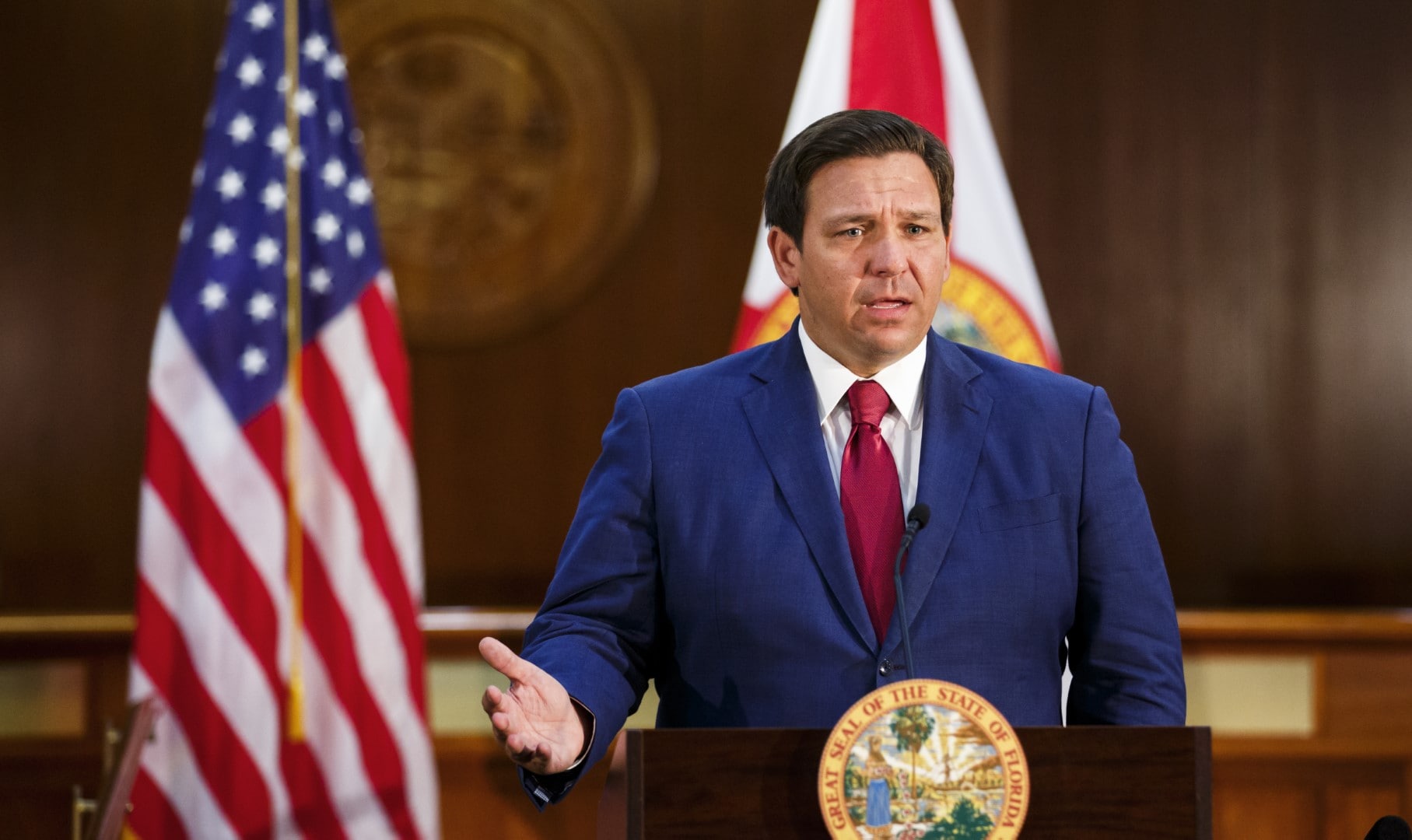 DeSantis tells MLB they'll get no 'beef' in Florida.

Baseball season hasn’t started, but for Florida’s Governor the games have begun.

The Governor made those comments Friday morning on the Clay Travis radio program, even as it appears that Spring Training is not under serious threat of postponement as of yet.

“I think we need to get moving here on this stuff,” DeSantis said.

“What I’ve told Major League Baseball is ‘You’re here, do your Spring Training, we want you here, we want you having your games, and we want you to have fans,'” DeSantis told Travis. “And you’re not going to get any beef from the state of Florida on that.”

“By the time we get into March, we’re probably going to have two million of these seniors vaccinated. And obviously other folks will start getting it soon — Johnson and Johnson, this other stuff.”

“I think we’ve got to do it and let people make their own decisions about what kinds of venues they want to be in. But from our perspective, I think it’s something that’s good for the state,” DeSantis added. “We did miss out last year and it’s something a lot of Floridians and visitors look forward to.”

“So they have the ability to do it here. I know they’re getting pressure from the White House and all this other stuff,” DeSantis said.

The Governor said that people don’t get “as invested in the season” without Spring Training.

“I look forward to getting to go to Spring Training games,” DeSantis said, and “without question,” fans could be in attendance.

“The vaccines prevent this from being a real serious epidemic spike,” DeSantis said.

The Governor has enjoyed a wave of laudatory media coverage in the weeks since former President Donald Trump left office, and this segment capped it.

He already this week had occasion to address “speculation” that he might be a good presidential candidate in 2024, saying people are responding to his leadership.

Addressing an audience whose politics falls outside the traditional boundaries of the conservative movement, he was able to demonstrate and brand around yet another bold leadership decision that he bets will be vindicated.