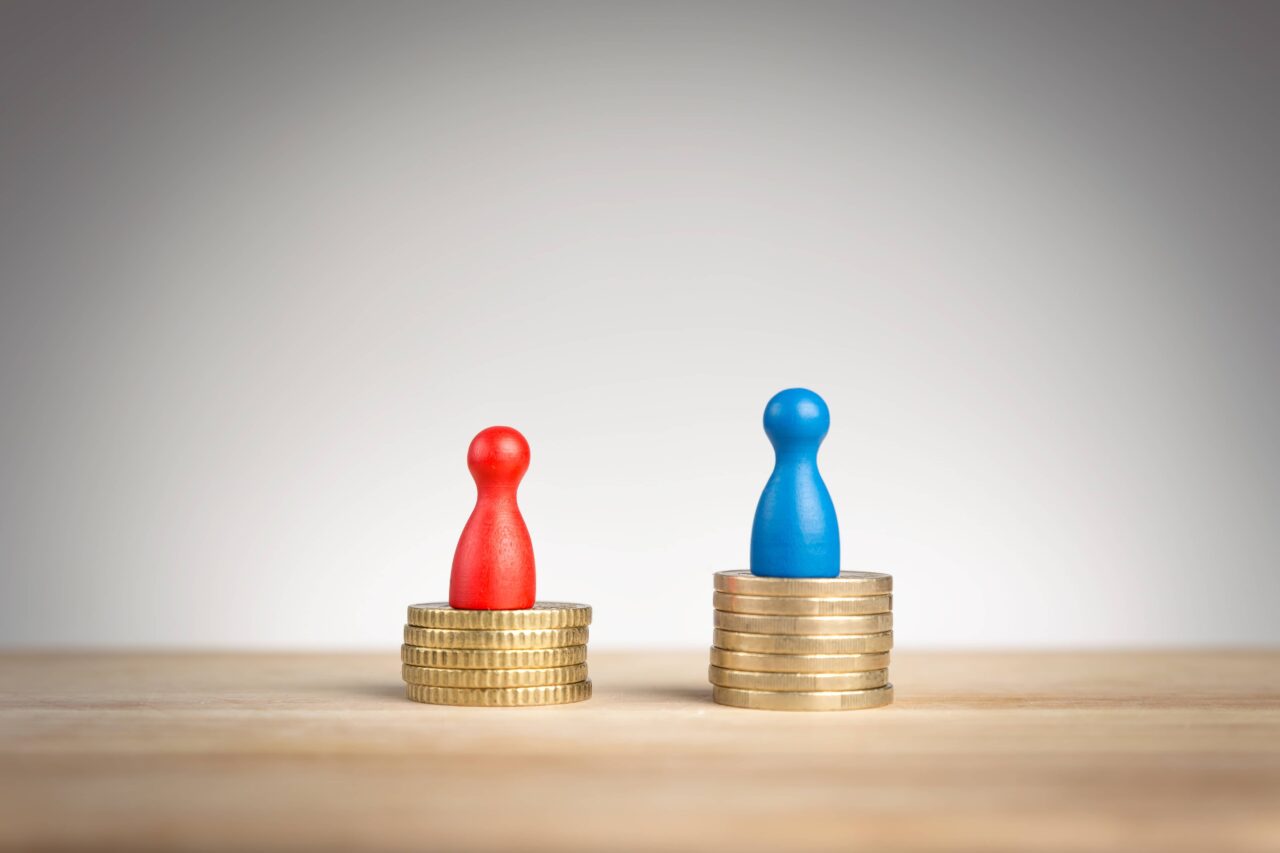 Darden Rice has collected a number of top-dollar contributions from deep-pocketed special interests.

It’s no secret that people who have a vested interest in government business put their money behind candidates for office they think best represent their interests. But at what point does contributing to political campaigns go beyond tacit support into the realm of pay-for-play?

St. Petersburg City Council member Darden Rice’s campaign finance activity in her political committee, Friends of Darden Rice, shows several substantial contributions from businesses that rely on city government decisions for revenue-generating projects. And, in some instances, Rice’s support for those projects coincided with contributions from the players who stood to benefit.

In one of the most glaring examples, John Catsimatidis donated $5,000 to Rice’s committee, assembled ahead of her bid for Mayor this year, in mid-March of 2019. Months later, Rice voted in favor of variances on the New York billionaire’s proposed high-rise condo tower in downtown St. Pete. Days after that, 291 Livingston LLC, a Catsimatidis-run project in Brooklyn, New York, also donated $5,000.

But the vote to approve the project, a 45-story building with 300 condos and a 20-story hotel, as well as meeting, office and commercial space, was unanimous, lending to the argument that Rice’s vote wasn’t a favor to a deep-pocketed donor.

Still, there are other examples.

In July of 2019, Miami developer Joe Furst donated $5,000 to Rice’s committee. At the same time he was in talks with city officials about rezoning and redeveloping part of the 22nd Street S. corridor. Rice later spoke in favor of the land change on Dec. 10, 2020.

Vincent Jackson, a former wide receiver for the Tampa Bay Buccaneers and an investor in the Manhattan Casino project on 22nd Street S., donated $2,500 to friends of Darden Rice in August of 2020. Earlier in the month, Rice was one of five Council members to vote in favor of a lease amendment at the site. Rice’s colleagues, Lisa Wheeler-Bowman, Amy Foster and Brandi Gabbard, dissented on the new lease, arguing the change didn’t include enough support for local owners (Wheeler-Bowman) and that it didn’t address the project’s previously unachieved goals (Foster), according to the Tampa Bay Times.

Race promoter Green Savoree donated $1,000 in August of 2019 after Rice voted to extend the company’s contract with the city for the Grand Prix, though like the Red Apple development, there wasn’t much controversy surrounding the vote.

In May of 2019, Rice’s committee received $750 from Joy Behar and Liz Dimmitt ($250 and $500, respectively) weeks after she voted to award $300,000 in grants to their Fairgrounds development project in South St. Pete. Though that project is widely celebrated as a transformative addition to the area. However, at least one City Council member at the time, Steve Kornell, questioned whether the grants were appropriate uses of funds meant to reduce poverty.

Jacobs Engineering Group, which has a utilities contract with the city, donated $2,500 last September.

Rice is not alone with this campaign finance dilemma. Former Pinellas County Commissioner Ken Welch has previously accepted contributions from groups that could or did do business with the county.

In March of 2016 he collected $1,000 for his last reelection campaign to that body from Paramedics Plus. The county negotiates third-party contracts for ambulance services. United Taxi gave him $500 in May of 2016. United Taxi operates partnerships with the county’s public transit agency.

More recently, Welch received $1,000 on Aug. 21, 2020, from Blue Sky Communities, a developer, for his Pelican PAC committee established to raise funds for his mayoral bid. The company is part of a bid to develop the Tropicana Field site near downtown St. Pete.

And Wengay Newton, another candidate for Mayor this year, has his own history of collecting cash from deep-pocketed donors. While he has yet to post significant fundraising activity for his mayoral bid, Newton’s campaign finance activity from his previous House campaign shows plenty of examples.

The Florida Beer Wholesalers PAC donated $2,000 in 2018, as did Great Bay Distributors. Both groups have an interest in the Florida Legislature to protect the three tier distribution system largely believed to benefit larger beer companies at the detriment of smaller craft brewers. Lawmakers have for years grappled with legislation seeking to help craft brewers, which Great Bay and beer wholesalers have fought against.

Newton also had high dollar contributions from ABC Liquors, Disney-related companies and U.S. Sugar, all who have a stake in legislative decision-making.

So what’s the big deal?

Rice is the only candidate who has made a big deal of campaign finance reform.

A St. Pete ordinance Rice championed, among other provisions, caps contributions from outside spending committees at $5,000. Under Florida Division of Elections rules, there are no limits.

Up until January, Rice has abided by the local rule. No single contributor had donated more than $5,000. But that changed with finance reports covering donations in January, filed Feb. 10.

And related entities have also exceeded $5,000 in contributions. Companies related to Stanton combined with his personal contributions total $15,000. Donations with Catsimatidis’ fingerprints total $10,000. Donations related to Nestor total $20,000 including $10,000 from Nestor, $5,000 from her husband and another $5,000 from a company he runs. St. Pete developer and Sundial owner Bill Edwards donated $5,000, as did one of his companies, Kingswood Apartments, LLC.

Technically, Rice hasn’t violated the local campaign finance ordinance. Under the U.S. Supreme Court’s Citizens United ruling, individuals, businesses and corporations can donate unlimited funds to political committees and political action committees. The local ordinance stipulates that local candidates affiliated with the committees can only spend up to $5,000 of an individual or entity’s contributions on political activities related to their campaign. So Rice, for example, could spend amounts in excess on donations to other campaigns or just not spend it at all.

The limits are also in place per calendar year, according to the candidate campaign finance handbook. So Rice’s contributions, and any related expenditures, are again technically in-bounds because the excess contributions came in separate years.

But Rice’s support for campaign finance reform and limiting corporate cash in local races puts her own fundraising under a microscope as, even if she hasn’t technically broken the very rules she fought to implement, records show the spirit of the ordinance may be under violation.

But Rice rejects any implication that donations to her campaigns have left her beholden to special interests.

“I’m always going to do what’s right for the people of St. Petersburg. That’s why I fought so hard to pass campaign finance reform — to keep big money and foreign influence out of our local elections,” Rice told Florida Politics in a statement. “People who support my campaign know they’re investing in the future of our city and that nobody will get special treatment in my administration. That’s why it’s especially humbling to have such a broad coalition of supporters across the political spectrum supporting my candidacy.”

And to Rice’s credit, she’s beloved among supporters who view her political ethics and personal morals as unimpeachable.

But Rice is known for her fundraising prowess. She’s so good at raising cash for campaigns, she has possibly set the tone for what have become costlier and costlier local elections over the years.

When Rice first ran for and won election to City Council in 2013 she raised $119,000 compared to her then-opponent, Carolyn Fries, who raised just $22,000. Further, an analysis of campaign finance reports from that election cycle show she spent about 2.7 times more than any other City Council candidate that year.

During her 2017 reelection campaign, Rice ran all but unopposed against a University of South Florida St. Pete student who spent less than $4,000 on his race, which was well-regarded as a long shot bid. She spent more than $174,000 in the race, more than any other City Council candidate that year.

Now, she’s already setting the tone for an expensive mayoral race that could shatter previous spending records. Rice has already raised nearly $225,000 in her political committee alone. She has not yet posted finance reports for her campaign, but announced Tuesday she had raised a combined $320,000 between her campaign account and political committee.

In 2017, for example, current Mayor Rick Kriseman and his then challenger, Rick Baker, collectively raised about $2.6 million. With campaigning this year barely underway, Rice is already more than 12% of the way to that total, putting her on track to raise at least as much as the two candidates individually by the time she faces what will likely be a runoff election against either Welch or Newton in November.

previous‘Overwhelm the problem’: Inside Joe Biden’s war on COVID-19