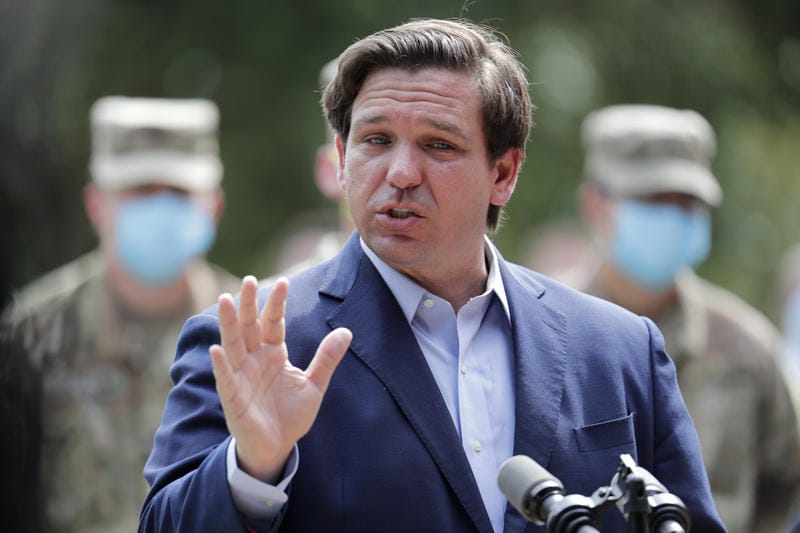 He didn't mention Biden by name, but he didn't bury him either.

In Jacksonville Tuesday, Gov. Ron DeSantis highlighted the start of COVID-19 vaccinations at a local Walmart and continued to adjust to the post-Donald Trump political reality.

By his side was Jacksonville Mayor Lenny Curry, a former chair of the Republican Party of Florida who was deeply partisan through the 2020 election. Curry famously endorsed DeSantis in the 2018 primary as his “brother from a different mother,” and both the Mayor and Governor, out of necessity, are recalibrating their tone with Democrats in control of Washington.

The Governor highlighted the Federal Pharmacy Program, an initiative of the Joe Biden administration that the White House describes as “a key component of the administration’s National Strategy to expand equitable access to vaccines for the American public.”

“We’re having more vaccine because of this, which is great,” DeSantis said during a news conference where he didn’t mention the President’s name.

“Today is a great day because we’re announcing the expansion of vaccine availability in Florida,” DeSantis said, noting his administration has been “working with the Feds for about a month.”

Vaccines will be sent directly to pharmacies, with vaccinations starting Friday.

DeSantis noted that the shots would go to “119 Walmart stores in 35 counties,” representing “30% of the total footprint,” with “25,000 doses for the Walmart portion of the mission.”

A total of 18 Duval County Walmarts will be giving shots, with others in surrounding counties, adding to the 42% of Duval seniors already inoculated.

“Some of those areas didn’t have the Publix footprint,” DeSantis noted, regarding the choice of pharmacies to roll out the new shots.

This approach could, in theory, provides tens of thousands of additional doses weekly on top of the state’s allotment, which has been above 300,000 in recent weeks, adding Walmart and Sam’s Club to the already robust traffic at more than 325 Publix pharmacies in the state.

“Publix will also get more doses now,” DeSantis said, with 600 pharmacies in 41 counties ramping up.

The Governor, who spent much of 2020 lauding former President Donald Trump‘s handling of coronavirus mitigation efforts, did not offer Biden the same fulsome praise. However, he couldn’t help but praise the administration’s actions.

DeSantis, who had at one point railed against FEMA vaccine “camps,” has gradually softened his approach in recognition of political reality.

“If the choice is, ‘hey, we have 50,000 doses for you, but you only get it if we administer it,’ then I’ll say, go ahead and do it,” he said last week, saying there was “too much politics” in the process.

On Monday, he said again he would welcome federal supplements to the current allotment of 325,000 doses for the state, as long as they don’t “take out of [Florida’s] kitty and add to the kitty.”

As opposed to the defiance of the summer and the Biden baiting of previous news conferences, or even more recent Fox News hits, the Governor carried a more moderate tone, perhaps because of the setting. The Governor could not carry Duval County in 2018, a precursor to Biden carrying the county against Trump two years later.

The politics of the virus have presented interesting optical conundrums for the Governor, including a controversy Super Bowl Sunday about not wearing a mask in a luxury box.

DeSantis defended that decision, saying he couldn’t drink his beer with a mask covering his mouth.