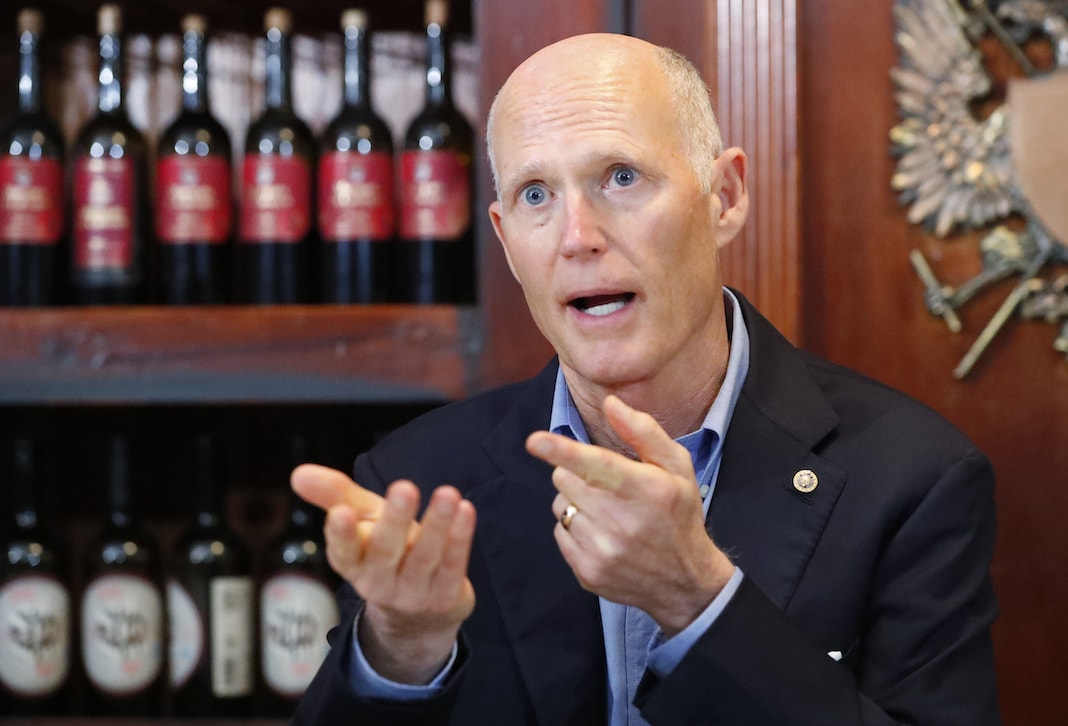 Ambitious Republicans are starting to make moves in Iowa, long a proving ground for future presidents. Their first step is finding out whether activists there have gotten over the last one.

But that doesn’t mean Trump has frozen the field of potential 2024 Republican presidential candidates. Several GOP politicians have plans for trips to Iowa and other early nominating states this spring. Former Secretary of State Mike Pompeo is the first since the election to gauge Iowans’ interest in person this week.

Party activists say these early arrivals are welcome, despite Trump’s enduring popularity and the pervasive belief he was somehow wronged in his 2020 defeat. But interviews with GOP county party leaders and local activists around the state expose the difference between their declared love for Trump and hope he runs again.

“There are Trumpsters who can’t wait for him to run again. They are the ones still moaning and groaning that they were cheated out of the election,” said Gwen Ecklund, a veteran former county chairwoman in conservative western Iowa. “But there are some — average, rank-and-file Republicans — who are turning the page.”

That’s who Pompeo will be looking for in this very early phase. The former top Trump diplomat and successful Kansas politician planned to speak Friday with a regular Republican breakfast group and up-and-coming Republicans in Des Moines as well as meet privately with top Iowa party officials.

Pompeo is fresh off a national political speaking debut at the American Conservative Union’s CPAC conference last month in Florida. As he’s expected to in Iowa, Pompeo subtly distinguished himself, without alienating Republicans still loyal to Trump and hoping for a 2024 comeback.

“I had the chance to bring home American hostages from Pyongyang,” Pompeo told the audience in Orlando. “‘America first’ takes some real courage. It takes a secretary of state willing to walk into a room and tell it like it is, and a President who will have his back.”

Others will attempt to walk the same line.

Florida Sen. Rick Scott plans to follow the well-worn path of presidential prospects with an April 1 trip to Cedar Rapids. South Carolina Sen. Tim Scott is scheduled to meet Republicans in eastern Iowa’s Quad Cities on April 15, all signs of an an exceptionally early start to the 2024 campaign.

Arkansas Sen. Tom Cotton, who has met virtually with Republicans in the leadoff primary state New Hampshire, is also making plans to visit Iowa in the coming months, advisers said.

They’ll get a fair hearing, Henry County Republican chairwoman Nancy Amos said. But most in her southeast corner of Iowa want to see Trump run again.

“Oh, sure, we’ll go and listen to them. It’s not like we won’t give others a chance,” said Amos, who represents one of a string of Mississippi River counties Trump carried after Democrat Barack Obama had earlier. “It’s just most of the talk is about Trump.”

Trump’s enduring popularity, however, doesn’t mean everyone wants him to run again. Though Trump carried Crawford County — where Ecklund is GOP co-chairwoman — by more than 30 percentage points twice, she’s encountered Republicans “ready to move on” and “tired of extreme controversy.”

Statewide, views of Trump have dimmed some since he carried Iowa by about eight percentage points in November. In The Des Moines Register’s March Iowa Poll, 53% of Iowans viewed the former president unfavorably and 45% favorably, about the reverse of a year ago.

In an unscientific measure, a straw poll of 1,000 attendees at the CPAC conference found that 97% of these devout conservative activists approved of the job Trump had done as president, though only 68% said he, now age 74, should run again in four years.

Yet, Trump prompted roaring applause and a standing ovation in Orlando when he told the audience, “Who knows, I may even decide to beat them a third time,” alluding to his false claim that he won the 2020 election.

Members of his own administration, including Attorney General William Barr, say no proof of widespread voter fraud has been uncovered. Courts in multiple battleground states have thrown out a barrage of lawsuits filed on behalf of the president.

In a January Pew Research poll, taken after the deadly riot at the U.S. Capitol by Trump supporters, a 57% majority of Republicans said Trump should continue to be a major political figure for many years to come.

To maintain his influence, he’s going to have to find a way back to the spotlight, a challenge without his signature Twitter account, said Republican pollster Ed Goeas, who has advised Republican Senate candidates including Iowa Sens. Chuck Grassley and Joni Ernst.

next16 lobbyists still standing as TallyMadness enters Round 3