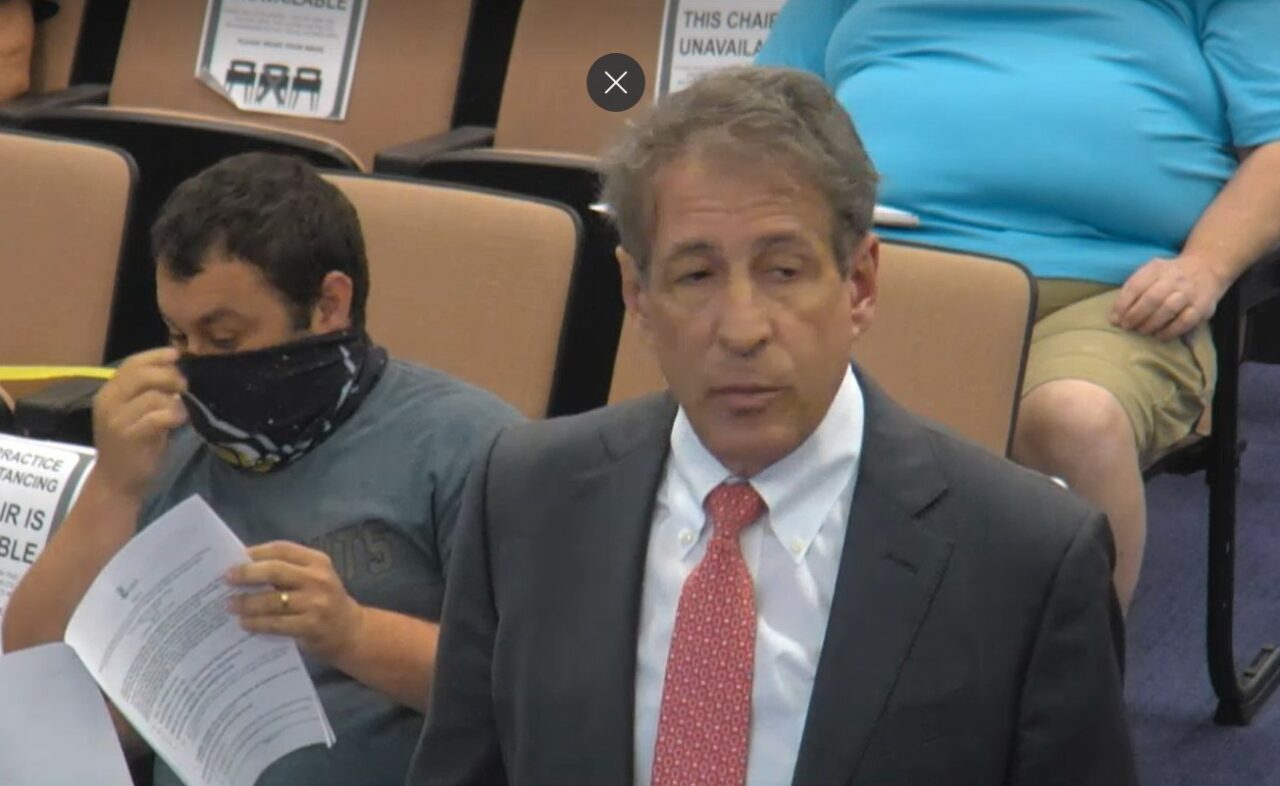 Brevard County this week entered into a controversial contract with a private health care provider to help with surplus vaccines.

Among the stranger matters in the case, though, is that the head of the company has his own relationship with a hospital already contracted to give shots.

County Commissioners at a meeting this week approved a conditional contract with OMNI Health to help administer COVID-19 vaccines, as reported by Florida Today. The contract only applies in the event supplies of doses are higher than current infrastructure there, including a drive-through site run by the Department of Health can handle.

“What we are asking for may never happen,” said Dr. Craig Deligdesh, president of Omni Health, “but it strikes me as odd that we as a community or as a county pay somebody to distribute vaccine when we’re willing to do it at no cost to the county.”

Deligdesh made the case at the meeting this week that his shop can handle a higher influx of patients than Publix and other pharmacies partners with the state or Walmart and others working with the federal government. Earlier this year, he said, Omni officials were able to vaccinate 1,000 people in a day when 2,000 doses were directed there.

He also talked down the capacity for hospitals already in partnership with the state to handle demand, including Parrish Medical Center. That’s particularly odd as Deligdesh maintains a professional relationship with Parrish Healthcare.

Before landing the county contract, Deligdish emailed state leaders and emergency management officials on March 1, including Gov. Ron DeSantis, State Emergency Response Team Chief  Kevin Guthrie, and several Brevard legislators asking, “Why does our ‘state’ keep sending vaccine to institutions in our state who don’t want it, aren’t capable of administering it and haven’t administered what the DOH has previously sent them?”

That seemed to include Parrish Medical Center. At the County Commission meeting this week, officials for OMNI noted hospitals receive their allotments of vaccines typically directly from the state. Deligdish said that’s led to a point where Florida remains in the bottom third of states in terms of population to be fully vaccinated.

Maria Stahl at the Brevard County Department of Health acknowledged the state prefers to direct vaccines directly to those who will administer the vaccine because of the fragility of doses.

The Omni team, meanwhile, suggested the state and current administrators aren’t able to keep track of the vaccines they have got. Meanwhile, there’s very likely a time in the future when there will be more than 8,000 doses of vaccine coming to the county each week as manufacturers step up production and the federal government increases its goals. Indeed, DeSantis on Friday promised to stay a step ahead of the federal government and would open vaccine access to all adults starting April 5.

Regardless, all the pitches made by Omni continuously talked down the capacity and even the capability of Parrish and other hospitals to handle demand.

Florida Politics requested comment from Parrish Health CEO George Militarian but calls placed after the county approval were not returned. Notably, the relationship between Parrish Health and OMNI has generated headlines before, with Diglidesh’s role central.

There’s serious potential for OMNI to pull in a payday should it have the chance to administer vaccines. An initial proposal to the county called for a $20 per shot administration fee, and while that was ultimately dropped before the agreement was approved, officials acknowledge the company will be paid through patient insurance.

That means Deglidesh could end up profiting, in part with taxpayer dollars, for administering vaccines when his own hospital is already assisting the county with that task for free; hospitals were paid through CARES Act funding, county officials explained at the hearing.

Indeed, County Commissioners Kristine Zonka and John Tobia, who both voted against the deal, noted the county may yet pay a price because it self-insures its own employees, and could end up paying OMNI to give them shots.

Zonka also raised some concerns that OMNI had a waiting list 20,000 long before it even landed the contract of people signed up to receive vaccines from the company, when even under the county contract it’s possible no shots will ever be administered through the company. Omni’s proposal to the county indicates it could offer up to 18,000 doses per week, even though the health system has only administered 2,000 total vaccinations.