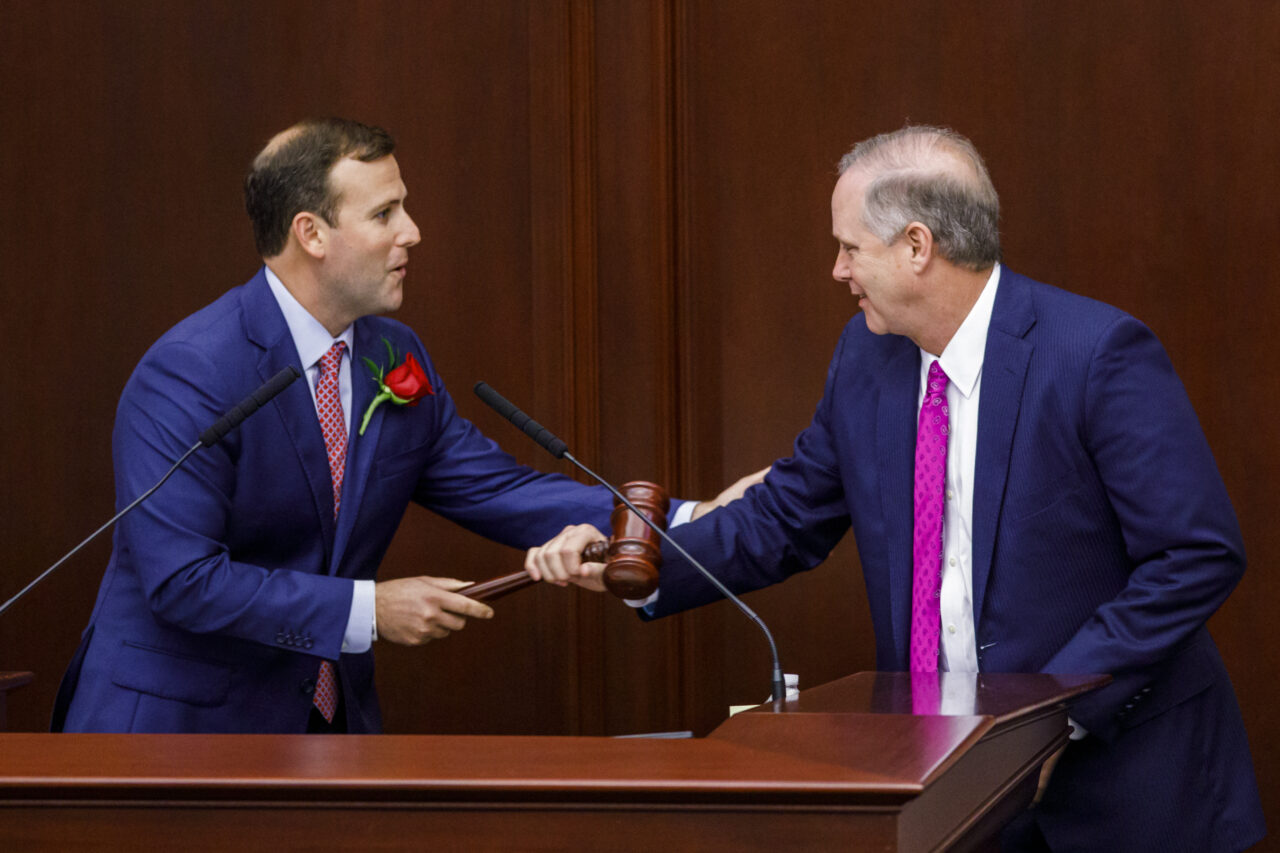 A new deal would more than halve the business rent tax rate.

The House Commerce Committee voted unanimously to advance Republican leadership’s deal on e-fairness legislation (HB 15) four days after the Senate passed the language (SB 50) 30-10, with most Democrats dissenting. The committee amended Republican Reps. Chuck Clemons and Chip LaMarca‘s version to reflect the initial deal by putting the projected $1 billion of generated revenue toward avoiding an increase in business taxes this year until the unemployment compensation trust fund is replenished, plus a late addition to that deal.

During the committee meeting, Senate President Wilton Simpson and House Speaker Chris Sprowls announced an amendment to the measure to cut Florida’s business rent tax rate by more than half, from 5.5% to 2%. That would kick in after the trust fund is restored to pre-pandemic levels, largely benefiting small businesses.

Polk City Republican Rep. Josie Tomkow was laying out the amendment as legislative leaders outlined it in a press release.

“In addition to saving Florida businesses from a 700% increase in unemployment taxes over the next four years, our revised legislation will now do even more for the small business community — offer relief from our state’s commercial rent tax,” Sprowls said.

Florida is the only state to charge sales tax on commercial rentals of real property.

“By removing this tax, we will help existing businesses, encourage more entrepreneurs, and have an even better recruiting portfolio for businesses we want to lure away from highly regulated, high-tax states,” Simpson said. “Above all, we know this bill will lead to thousands of new high-wage jobs for Floridians.”

Critics fall into two camps. Some say the additional revenue should help workers by raising unemployment benefits and other services. Others, such as the Libertarian Party of Florida, call the bill a tax increase.

But Commerce Committee Chairman Blaise Ingoglia assured it was a fairness issue. Senate parliamentarians, who interpret the chamber’s rules, also ruled that way after Senate Democratic Leader Gary Farmer contended it was a tax increase.

Ingoglia also noted the additional deal would keep the bill revenue neutral in the long term.

“Obviously it’s something we should have been collecting for a while,” Ingoglia said. “While we use the words revenue-neutral, it’s a collection issue, and I appreciate the work done on the amendment by Rep. Tomkow.”

Until recently, major online retailers lobbied hard against measures in all states regarding collection of online sales tax.

That changed when the U.S. Supreme Court in 2018 ruled in South Dakota v. Wayfair that states did have that right. Since then, 43 of 45 states with a sales tax began requiring the tax to be assessed. Florida could soon become the 44th, but Missouri, the other straggler is moving to patch the hole in its tax code this year.

Should that happen, revenue estimators say it could generate nearly $1 billion in revenue next year alone.

To do that, the bill would move the burden of out-of-state online sales tax collection from consumers to businesses. Consumers legally owe those taxes, but few pay under the current system.

Clemons, of Gainesville, and LaMarca, of Lighthouse Point, have sponsored the legislation in recent years, too. But despite the Legislature being slow to take, Clemons shed a positive light on it with the opportunity to strike a broader deal on it.

“Had we closed this loophole, had we changed the method of collection in the state of Florida one, two, three years ago when the Wayfair decision came down, we would not be in this good position today,” Clemons said.

Simpson and Sprowls’ initial deal directed the $1 billion from the general revenue pool to stop an automatic increase in unemployment tax on businesses after the pandemic drained the Unemployment Compensation Trust Fund.

The Senate passed that deal on Thursday in Sarasota Republican Sen. Joe Gruters‘ bill. The Senate will have to re-vote on the extended deal if the House approves it.