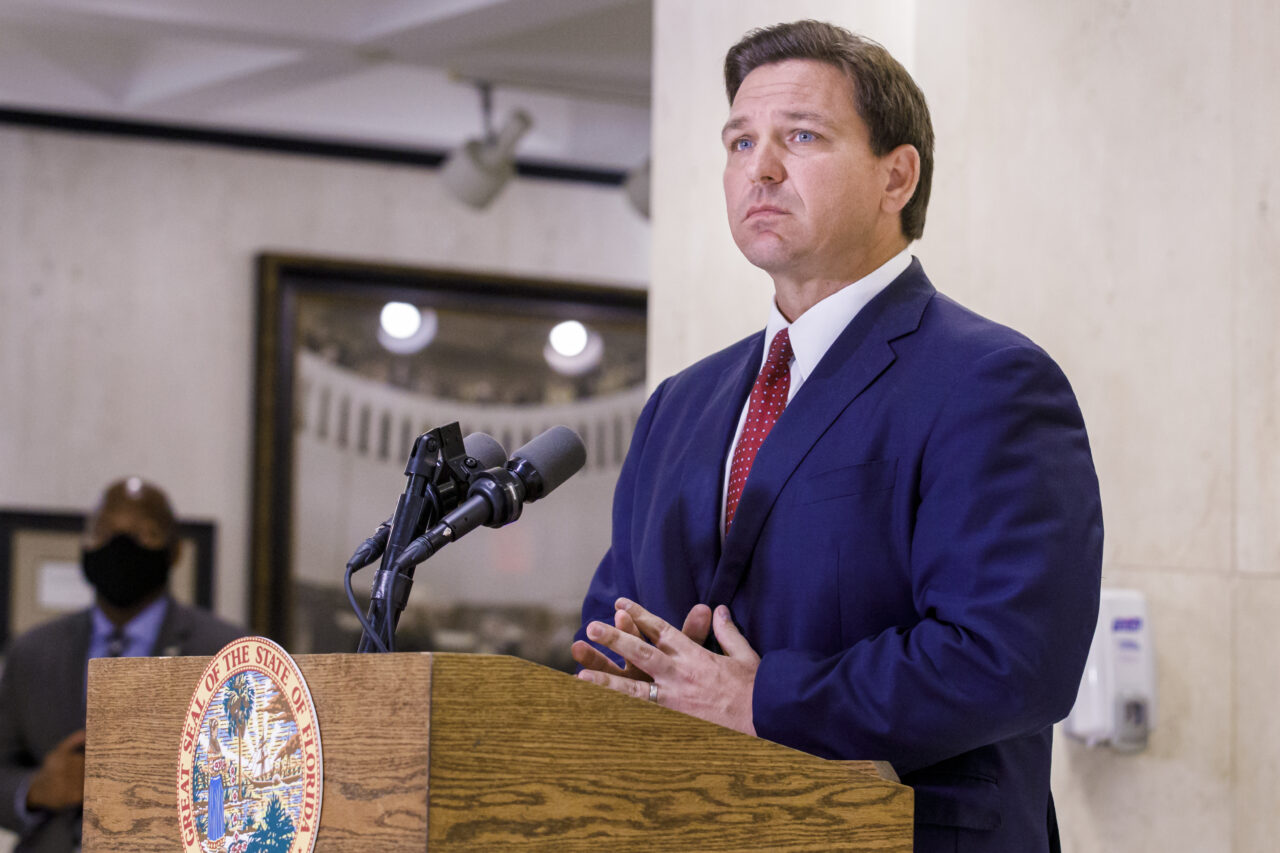 Speaking to reporters in Lakeland, DeSantis forecast the state will soon hit a proverbial vaccine wall.

He estimated Florida will soon have a vaccine surplus, signifying the state’s latest and greatest challenge: encouraging those “on the fence” to get vaccinated.

“I must say, we’re not helped in this regard by the behavior of some of these public health people, particularly in the federal government,” DeSantis said.

The Republican Governor cited the federal government’s handling of the Johnson & Johnson vaccine.

In a statement, the Centers for Disease Control and Prevention and the Food and Drug Administration said they’re investigating six instances of clots among vaccination recipients.

In all, more than 6.8 million Johnson & Johnson doses have been administered in the U.S.

The recommendation pauses administration of the single-shot vaccine at thousands of vaccination sites nationwide.

“If you’re going to do that, you could have done that in a way that was not going to cause a lot of people to lose confidence,” DeSantis said without pitching an alternative.

The Governor’s criticism marks his latest jab at the federal health community at large. Throughout the pandemic, DeSantis has repeatedly bucked federal health guidance.

While the cavalier approach has drawn arrows from some, it has also thrust DeSantis onto the national stage and into conservative stardom.

“I also think it’s a problem where you’re telling people to get (the) vaccine and yet people that have been vaccinated for months are wearing two masks,” DeSantis continued Friday.

As of Thursday, more than 7.6 million people have been vaccinated in Florida.

Meanwhile, more than 2.9 million people are waiting to complete the two-shot vaccination process through either Pfizer or Moderna shots.