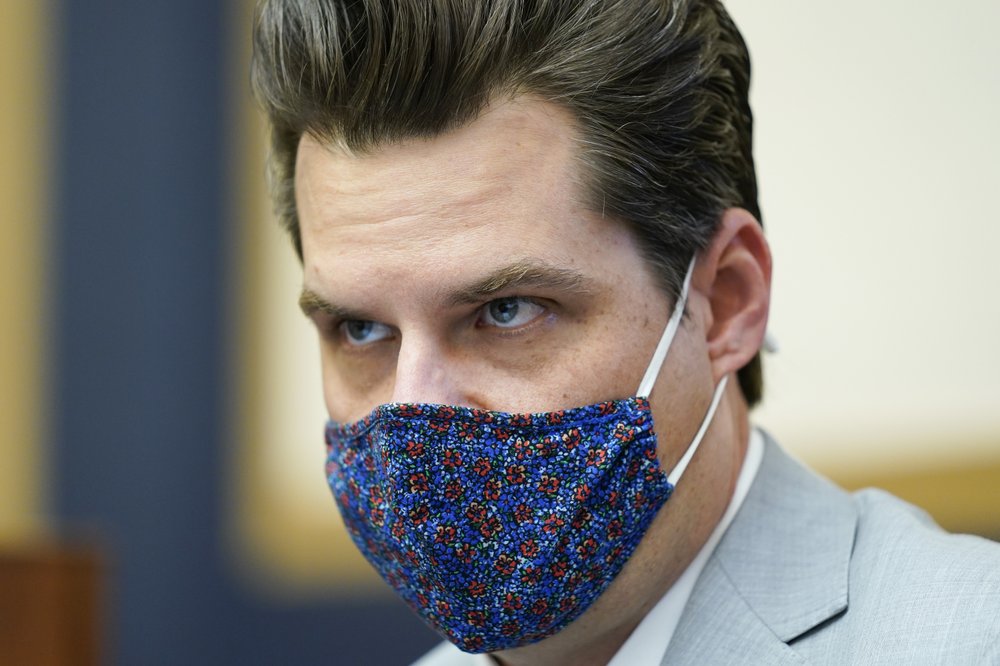 “I’m proud to join Marjorie Taylor Greene in the America First Caucus,” he tweeted. “We will end wars, stop illegal immigration and promote trade that is fair to American workers.”

Punchbowl News broke the story, describing the draft policy platform as “the most nakedly nativist rhetoric we’ve ever seen.”

A document shared by the outlet states the caucus position that “America is a nation with a border, and a culture, strengthened by a common respect for uniquely Anglo-Saxon political traditions.”

Gaetz shared a Forbes article with a headline seizing on that language, but decried the characterization of the platform as offensive.

“This is just a hit piece from the America Last crowd in Big Media, Big Tech and Big Government,” he tweeted.

Based on recent headlines, it’s fair to guess many caucuses in Congress wouldn’t welcome Gaetz as a new member. The Department of Justice and the House Ethics Committee are investigating Gaetz for a number of crimes, with various reports alleging sex trafficking of a 17-year-old, paying for sex with cash and gifts, and using the drug ecstasy during related sexual encounters.

That said, Greene, no stranger to controversy herself, has been among few elected Republicans who came publicly to Gaetz’s defense. She has arguably been his most enthusiastic defender.

“This is nothing but a deep state attack and media smear fest to take him down,” she tweeted this month, noting no women have gone on record with accusations of Gaetz while nine have done so with allegations against New York Gov. Andrew Cuomo.

Gaetz previously came to Greene’s defense earlier this year when the House voted to strip the Georgia Congresswoman of committee assignments. That action was based on her prior promulgation of conspiracy theories, including that the Parkland shooting in Florida was a hoax.

As for the new caucus, its platform lists first a fight against election fraud. There, it continues a debunked assertion made by both Greene and Gaetz that the results of last year’s presidential election were fraudulent.

“Mail-in voting, long recognized as subject to fraud, has become normalized,” the draft platform reads. “We will work towards an end to mail-in voting, implementation of national voter ID and substantive investigations into mass voter fraud perpetrated during the 2020 election.”

It also promoted an isolationist foreign policy long held by Gaetz but at odds with the neoconservative wing of the Republican Party.

“Decades in Afghanistan have accomplished little except to enrich defense contractors and empower the military-industrial complex,” the document states. “The people of Afghanistan have endured an endless parade of violence typically with one side funded by our tax dollars. Regime change operations in Iraq and Libya have proved disastrous while doing nothing to keep Americans safe.”

The caucus position paper trashed pandemic lockdowns and states the “America First Caucus will work to make sure we do not overreact to a pandemic in this same way again.”

But it’s the immigration plan drawing the most attention, for regurgitating controversial theories about cultural assimilation. The platform discusses “the long-term existential future of America as a unique country with a unique culture and a unique identity being put at unnecessary risk” by mass immigration— at least certain immigration.

“An important distinction between post-1965 immigrants and previous waves of settlers is that previous cohorts were more educated, earned higher wages, and did not have an expansive welfare state to fall back on when they could not make it in America and thus did not stay in the country at the expense of the native-born.”