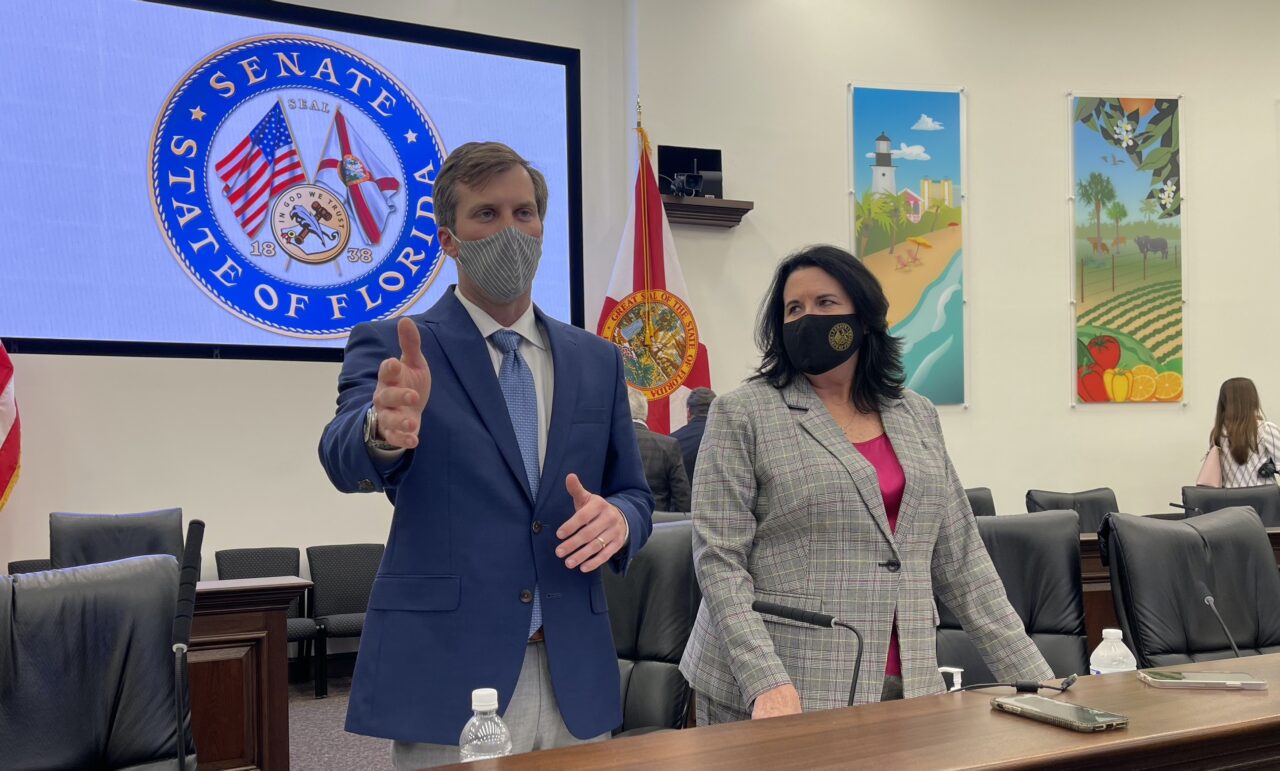 At play are $36.2 billion in general revenue across eight silos.

Conferees under the oversight of Senate budget chief Kelli Stargel and House budget chief Jay Trumbull met for an organizational meeting laying out the process to debate $36.2 billion in general revenue expenditures. Over the next three days, negotiators will meet to settle budget differences.

“We’re excited to start conference, work with y’all and the rest of our Senate partners to construct a budget that prepares Florida today for a better tomorrow,” Trumbull said. “We’re excited that our budget is going to be balanced, reflect our beliefs that the state should not spend more than it takes in, and look forward to providing the best product possible.”

“We have an exciting couple few days,” Stargel added. “I’m glad we’re moving and I’m looking forward to working with you in this process.”

At play are $36.2 billion in general revenue across eight silos. That’s $1.2 billion more than the $35 billion slotted last year.

The Senate’s overall budget proposes $97 billion in spending, while the House outlines $95 billion. With more than $10 billion in federal relief funds expected, Florida could potentially be looking at its first $100 billion budget.

“It’s gonna be larger just due to the, the amount of federal funds that we’ve gotten,” Trumbull said. “But, you know, what the final number is, we’re not sure yet.”

Stargel said it would probably come close to $100 billion, but that’s on account of federal relief and education dollars coming down that must go through the budget process.

“That’s probably not going to be an expectation for future generations that they’re going to be able to maintain a $100 billion budget,” she added.

The largest silo will be the PreK-12 education silo, which will get $12.9 billion. That’s down from $13.2 billion allocated last year.

The justice silo is slotted for $4.9 billion, up from $4.7 billion. The higher education silo will get $4.6 billion, a decrease from $4.7 billion. Administered funds and statewide issues will get $494.9 million, down from $656.7 million. Agriculture and natural resources will get $362.6 million, down from $537.8 million. The State Administration & Technology/General Government silo gets $346.1 million, up from $341.5. Finally, the infrastructure, tourism and economic development portion is getting $252.5 million, an increase from $201.4 million.

Republican Sen. Jeff Brandes and Democratic Sen. Jason Pizzo looked like they would be absent from negotiations before a Senate staffer clarified that it was her mistake. They will both be conferees, as will Sen. Bobby Powell.

Brandes and Pizzo are high-profile players in the Senate’s justice policy panels, but both have opposed the Senate’s plan to consolidate prisons to save the state cash. Brandes went so far as to suggest the Criminal and Civil Justice Appropriations Subcommittee should vote down the $5.6 billion criminal justice proposal.

There was an initial recommendation that Brandes and Pizzo not be included for their dissenting opinions. However, they were supposed to be included in the final draft, creating an awkward moment for Stargel when she was forced to walk back comments about the two.

The House plan currently leaves the option to consolidate up to the Department of Corrections.

Rep. Rene Plasencia will be the House lead on higher education. He has been out of town most of the week because family members are sick with COVID-19, but he is back in town for conferences.

No more than two committees will meet at one time. Meetings will be kept to rooms 412 and 212 in the Knott Building. Conferees can begin meeting at 10 a.m. Saturday.

Lawmakers will not be allowed to bring guests into meetings, including lobbyists. However, there will be an opportunity for in-person public testimony at each conference committee meeting.