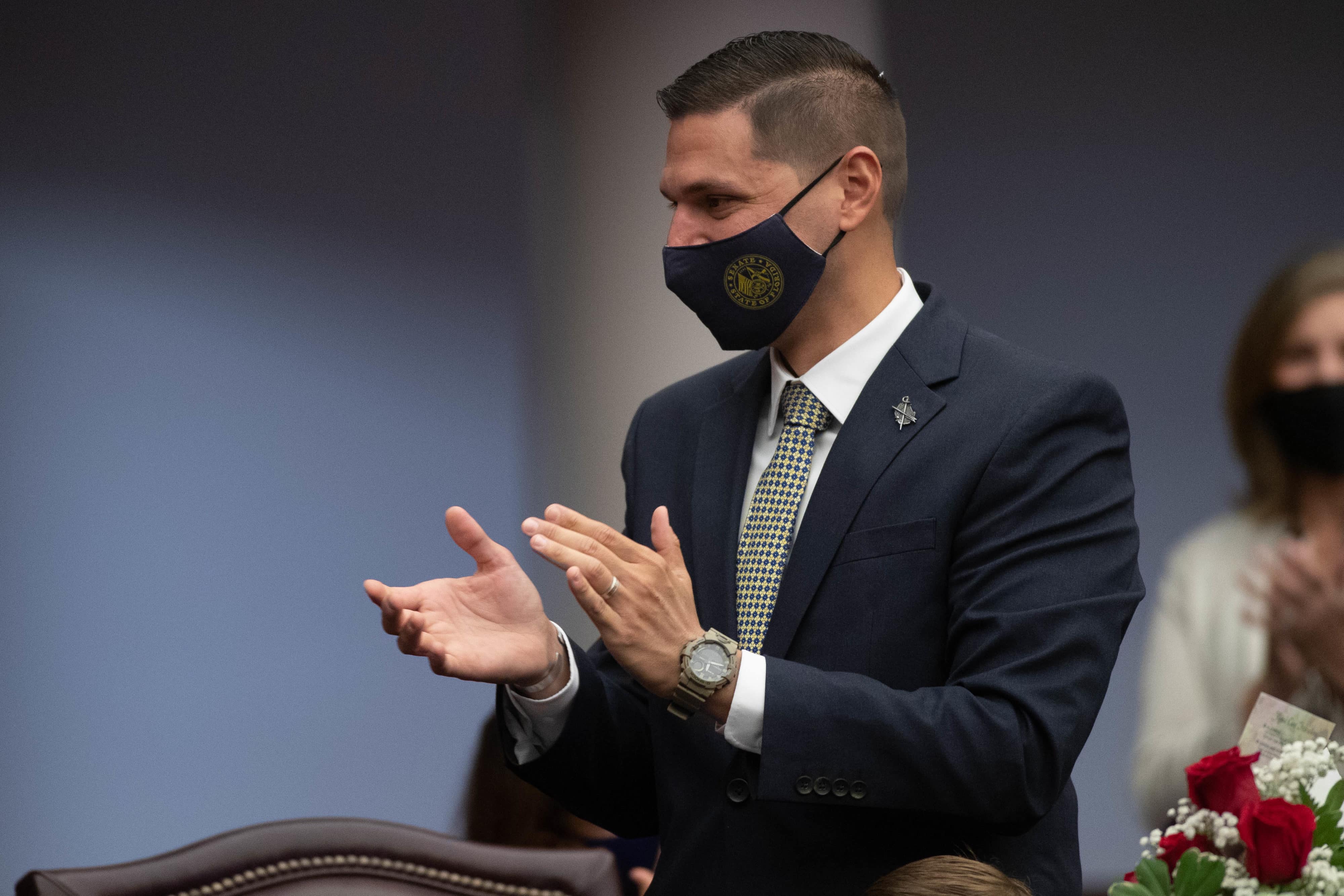 The House and Senate have agreed to repeal Florida’s no-fault auto insurance system.

By a 100-16 vote on Friday afternoon, the House approved the final version of the proposal (SB 54). That followed a 37-3 vote in the Senate in the morning, kicking it back to the House with a quick fix.

The bill now heads to Gov. Ron DeSantis for his response.

The final version drew more opposition than when the House passed it 99-11 on Monday.

The bill, carried through the Senate by Zephyrhills Republican Sen. Danny Burgess, would end the requirement that Floridians purchase $10,000 in personal injury protection (PIP) coverage and would instead require mandatory bodily injury (MBI) coverage that would pay out up to $25,000 for a crash-related injury or death.

The measure previously passed the Senate 38-1 earlier this month. But the House and Vero Beach Republican Rep. Erin Grall scrapped the Senate’s requirement for mandatory medical payment coverage. The Senate would have required motorists to carry $5,000 in med-pay coverage while Grall wanted to allow motorists to have an “opt out” choice on $5,000 to $10,000 in med-pay coverage.

Burgess told senators the provision is “still a good thing.”

“You have to have the choice to opt out of the med pay in order to not to have it, so that will help ensure that some folks are having the coverages that they need, but it will ensure that rates continue to go down,” Burgess said.

The Senate added back a mandatory “death benefit” amount of $5,000 that was accidentally removed in the House’s rewrite, making it go back to the House the final time.

In the bill is bad faith reform, an attempt to reduce Florida’s litigious environment. Burgess noted that Sen. Kathleen Passidomo has been working on bad faith reform for 10 years.

“This is the Holy Grail of litigation reform, and we’re doing it in our bill,” Burgess said. “That’s going to make an incredible impact here, folks.”

Grall is a lawyer who specializes in catastrophic injury and car collisions. This is her fifth year straight trying to get the bill passed.

“Obviously I have some unique knowledge and perspective in this area of law, and that’s why it’s been a passion for me to get this right for Floridians,” Grall said.

No-fault repeal is a perennial effort in the Legislature, and passing the bill was not effortless. In the Senate, Burgess joked about the several times the bill had been postponed on the floor this month before lawmakers finally considered it.

In the latest vote in the Senate, Democratic Sens. Lauren Book and Jason Pizzo voted against it, as did Republican Sen. Jeff Brandes.

“We have now had this bill floating for two weeks over to the Florida House, and nobody could tell you what it costs,” Brandes said.

He argued the bill will increase the insurance rates on the poorest Floridians, possibly by half. He called for the Legislature to study the impacts of the proposal.

“Let’s take the summer, let’s do a deep-dive into the numbers, let’s look at what’s actually going to lower rates,” he continued. “Any business that you all have been involved in, any one of them, this is the responsible thing that you would’ve done.”

Those backing PIP repeal say the system is rife with fraud and that the $10,000 coverage limit, set in the 1970s, is woefully inadequate five decades later. A 2016 report by the Florida Office of Insurance Regulation that projected drivers on average would see a 5.6% savings with a shift to a bodily-injury coverage requirement.

“We’re going to see so much reduction in rate because of that elimination of fraud,” Burgess said. “We’re taking out an entire process of litigation through the cottage industry of PIP lawyers.”

Burgess has acknowledged the bill became a “Frankenstein bill” with inputs from several stakeholders to create what he called a balanced bill. One of the latest players was St. Petersburg Democratic Sen. Darryl Rouson.

“I think we finally have a win-win,” Rouson said. “In amending the House (bill), we have the exact right balance of benefits and decreased costs to Florida’s drivers.”

Following the 2016 OIR study, a 2018 study by the actuarial consulting firm Milliman showed a potential average increase in premiums of $67, or a 5.3% increase. Earlier this month, Doug Bell, a lobbyist for Progressive Insurance Co., estimated the changes could cause “significant” rate increases for people who have only PIP coverage or who have bodily-injury coverage amounts lower than proposed new minimums.

The repeal effort has the support of Senate President Wilton Simpson, who noted in a statement that every state except Florida and New Hampshire have mandatory bodily injury coverage.