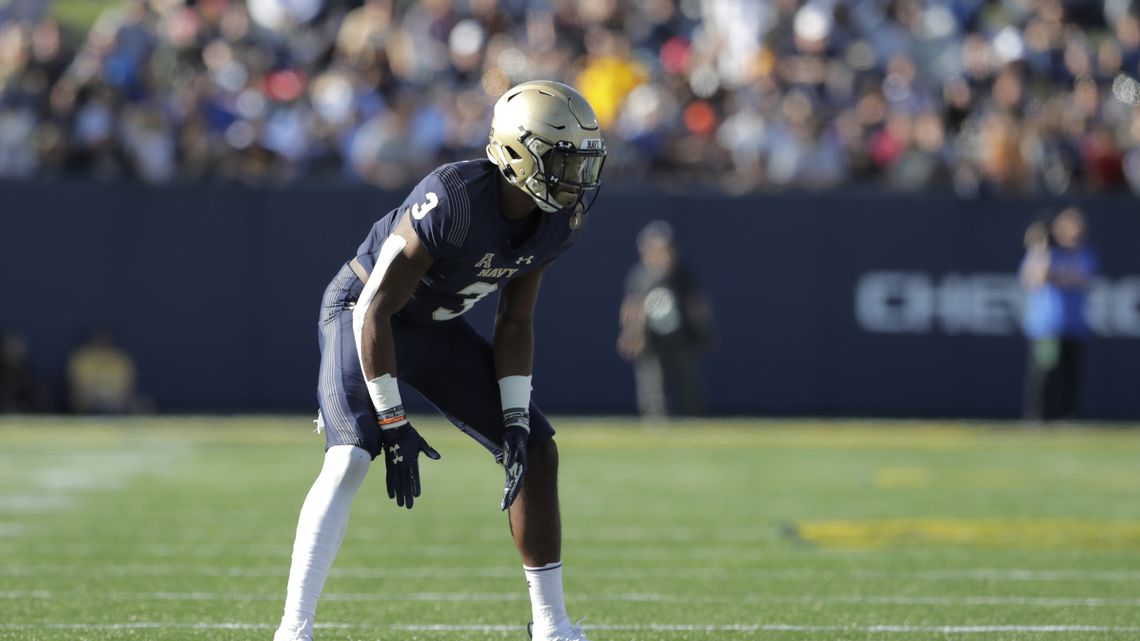 U.S. Senator Marco Rubio has asked President Joe Biden to open the door for a recent Naval Academy graduate to play for the Tampa Bay Buccaneers.

Service academy graduates are typically required to serve in active duty for five years after graduating. In recent years, that requirement has been delayed for graduates who sign to professional sports teams. However, the Department of Defense recently denied Cameron Kinley‘s request to play for the defending Super Bowl champion Buccaneers.

In a letter to Biden on Sunday, Rubio implored the President “to right this wrong,” a “wrong” that has garnered national attention.

“Mr. Kinley is not seeking to terminate his commitment to the Navy. Far from it,” Rubio wrote. “He wishes to promote service to our great nation from one of the country’s largest stages.”

Kinley, who graduated last month, was the president of his class and captain of the Naval Academy’s football team. He signed as an undrafted rookie cornerback and attended the Bucs’ rookie minicamp two weeks ago and participated in a Pro Day, with DoD’s permission.

But Acting Secretary Thomas Harker denied his request for deferment without cause and will not allow an appeal.

The policy of granting service deferments to professional athletes began under the Obama administration. The Trump administration rescinded that policy in 2017 but reinstated it in 2019 after the former president raised the issue during a White House ceremony with Army’s football team.

Additionally, four graduates from other service academies have received DoD’s green light to play in the National Football League. However, those graduates played for other branches of the military.

Rubio said Kinley appears to be the exception.

“These athletes serve as incredible role models for our youth — service members who share a love of country on and off the field,” he wrote.

In a statement to CNN, a spokesman for Harker said he declined to forward delay requests from recent Navy graduates to the Secretary of Defense.

“When students accept admission and continue their education in this program, there is an understanding and acknowledgement that they will upon graduation be commissioned,” Capt. Jereal Dorsey wrote in the statement. “Every Midshipman attends on the same terms and each has the same responsibility to serve. Exceptions to that commitment to serve have been rightfully rare.”

Kinley has stressed that a professional football career and serving the Navy have both been longtime dreams. Signing with the Buccaneers made it seem like that would become a reality.

“It’s never been about me not fulfilling my service … or commitment,” Kinley told a Baltimore-area radio show. “It’s always been about the opportunity to be able to fulfill both of these dreams. The opportunity was put in front of me, who wouldn’t want to go after that?”

Earlier this month, Buccaneers Head Coach Bruce Arians said he would gladly welcome Kinley back to the team if he gets clear by training camp, taking place as early as July 24.

“It’s kind of a Catch-22. I know he wants to attempt to be a professional football player, but he obviously means a ton to the Navy.

nextWinner and Loser of the Week in Florida politics — Week of 6.13.21