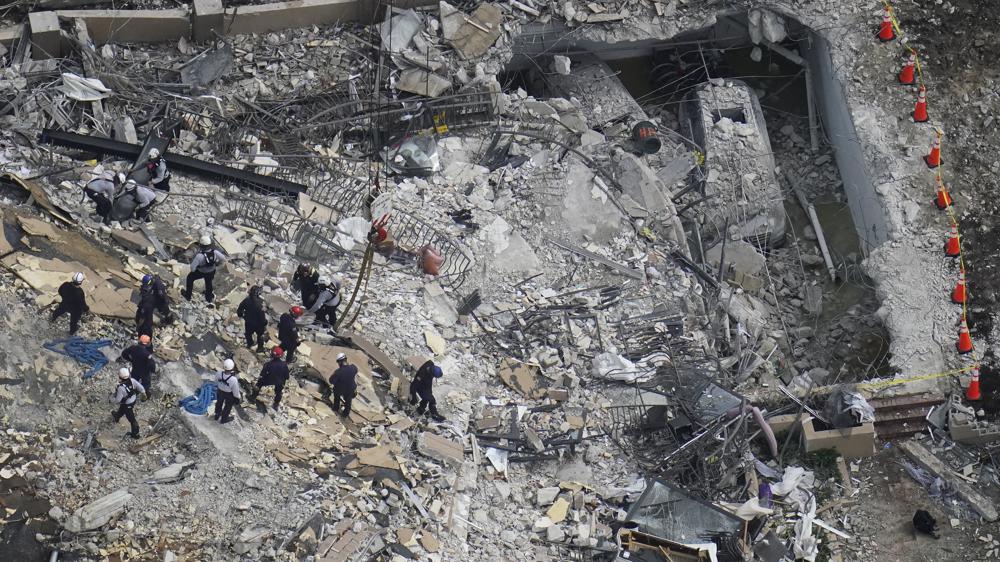 DeSantis promised to get more definitive answers regarding the building's collapse as the investigation unfolds.

Gov. Ron DeSantis says the state will look for “definitive answers” regarding the cause of the Surfside condo collapse but said broader concerns about other older buildings in the state are not yet warranted.

DeSantis fielded questions about Surfside Wednesday morning at the Emergency Operations Center in Tallahassee during a briefing on Tropical Storm Elsa. DeSantis said the state is seeking answers to several questions as officials investigate the cause of the collapse.

But at this stage, the Governor said conversations with people on the scene led him to believe the collapse may be an isolated incident and not a sign of widespread issues across the state that could impact the real estate market.

“I think this building had problems from the start; let’s just put it that way,” DeSantis said. “So I wouldn’t jump to conclusions about it.”

However, he promised to act should the investigation uncover problems in other buildings or code enforcement elsewhere.

“If there is something identified that would have implications broader than Champlain towers, then obviously we are going to take that and act as appropriate.”

One complex in North Miami Beach has already forced its residents to evacuate after an audit found conflicting reports regarding the safety of the Crestview Towers building. Miami-Dade County Mayor Daniella Levine Cava ordered that audit after the late June collapse in Surfside.

Some residents in other parts of South Florida have also expressed concern about the safety of their own condos after the tragedy in Surfside. At least 46 people are confirmed dead,with 99 still unaccounted for. If the safety of other buildings in the state is called into question, that could dampen Florida’s surging real estate market.

“These are big, some of them big, beautiful, great families. And their lives have been shattered with this,” DeSantis added Wednesday before describing the wait to recover and identify victims.

“I think not knowing has deepened the agony and deepened the grief. And, of course, those guys are working around the clock to be able to identify everybody. But it’s been, I think, a unique tragedy. You don’t expect to see that many folks impacted. And when I first got the reports early morning (in June), it said a partial collapse. And I was thinking maybe some balcony or some part of a building. But then when you look at it, I mean it was a massive collapse of a structure which just doesn’t happen in this country.”

DeSantis repeated remarks that additional mental health resources would likely be required for those impacted by the tragedy.

“I think it’s going to be tough to get everyone back on their feet, even the folks who didn’t lose anyone but then left their units. I’ve talked to folks that, literally, if their unit was 10 yards more in one direction, they would have been in the rubble,” DeSantis said.

“You have people that escaped. That’s a very traumatic experience, and then all their possessions are basically gone. Their home is now gone.”

He added, “As tragic as it’s been, I think the outpouring of support has shown a lot of great parts of our community.”

While DeSantis is trying to caution Floridians not to panic, he conceded the impact of the collapse would be long-lasting.

“I don’t think the state’s ever going to quite be the same,” he said.

“You never want to go through the tragedies. But those folks there, they are leaving a very impressive legacy. And for those who are missing, for those who have been identified as being deceased, the impact that they’ve had — not just on Florida but through folks all across the country in the world — has really been profound.”