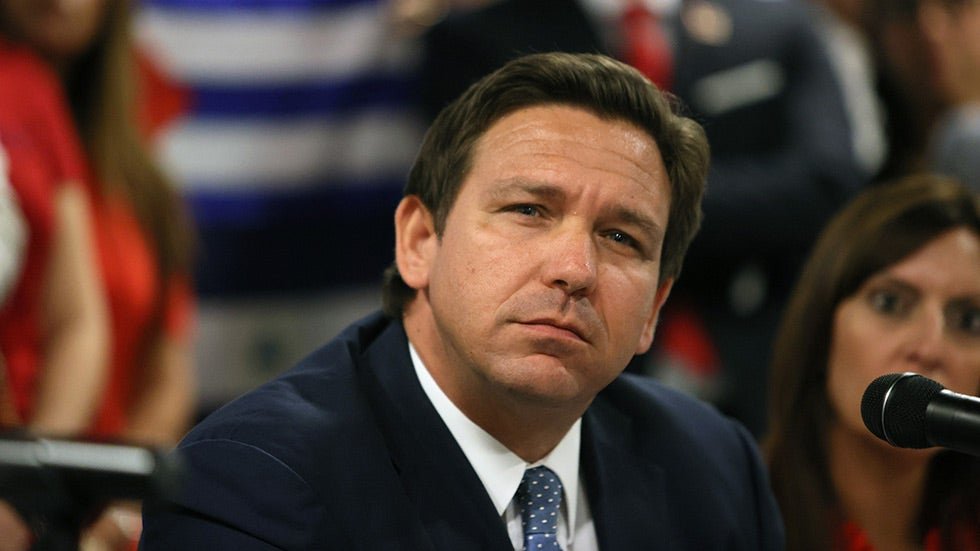 Lack of notice to the press has been a persistent problem for the DeSantis administration.

Anyone in Miami who would have liked to have known in advance that Gov. Ron DeSantis would be in town Tuesday morning to visit the Surfside condo disaster site and meet with survivors would have been disappointed.

Aides didn’t release the schedule until 6:27 p.m., hours after his appearances, which began at about 9 a.m.

The same thing happened Monday, when DeSantis planned a 12:30 p.m. roundtable discussion about mask mandates in Florida schools. DeSantis’ office didn’t release his daily schedule until 9:20 p.m. and didn’t invite news reporters who might have reported about the mask event.

The Florida Channel wasn’t there to broadcast the proceedings, as is routine for government business. And no pesky reporter was around to ask the Governor about, say, the recent uptick in COVID infections.

Even on Wednesday, when the Governor’s office gave advance notice of a news conference in Santa Rosa County, DeSantis announced plans to reduce bridge tolls and then high-tailed it in his SUV without taking questions from reporters about matters of public concern.

The Phoenix could find no news coverage of the Surfside visit, but that was the plan, according to DeSantis press secretary Christina Pushaw.

“The Governor went to Surfside for private meetings with several survivors of the condo collapse as well as some families who lost their loved ones. He is trying to help them in any way possible. All the family meetings are private though, which is why there has not been media coverage,” she said.

And on Tuesday, as reporters scrambled to catch up on the mask talks of the day before, Pushaw said they weren’t intended as a media event — just a discussion between the Governor and experts and stakeholders.

“We recorded the entire roundtable discussion to post on Rumble so it’s accessible to media and the general public. We generally use Rumble for public videos these days, after experiencing censorship from YouTube several months ago,” Pushaw said via email.

Taryn Fenske, who, as communications director, prepares the daily schedule has not yet replied to a request for comment about the timing of their release.

But lack of notice to the press — intermediaries for the taxpayers the Governor works for — has been a persistent problem for the DeSantis administration. Indeed, for the preceding Rick Scott administration, as well, and as far back as the Jeb Bush administration. The Phoenix has reported about the situation as long ago as May 2020.

Democrats have also gotten dinged for being less than transparent about their whereabouts — Democrat Lawton Chiles was known for slipping away unannounced to go hunting.

The stakes have risen as DeSantis elevates his national profile through trips out of state to raise money for reelection and a possible presidential run. In June, for example, he attended fundraisers in Los Angeles, Irvine, Manhattan Beach, and San Diego, California, as well as in Las Vegas, as POLITICO reported. The Governor’s daily schedule listed none of these events.

In the more distant past, Governors’ offices were scrupulous about posting their schedules in plenty of time for the press to question visitors arriving in their antechambers for meetings with the Governor, or as they left. Florida is famous for its open records and meeting laws, after all.

These are public records that the administration is legally obliged to hand over, even if too late to be of much use, as Barbara Petersen, then-executive director of the Florida First Amendment Foundation, said in that earlier Phoenix report.

That last date’s schedule served notice that the Governor had attended the National Association of Police Organizations convention in Fort Lauderdale at 10 that morning — but there had been no advance notification.

Looking ahead, we know that DeSantis plans to address the annual meeting of the American Legislative Exchange Council, or ALEC, this week in Salt Lake City only because that organization — which brings state legislators together with corporate lobbyists to draft model legislation — made the announcement.

It wasn’t clear whether he planned to appear in person or via remote video link.

DeSantis press secretary Pushaw said she couldn’t confirm the Governor’s plans for the conference. “If he is attending ALEC it would not be an official event, so on the state side, we don’t have visibility on that,” she said via email.

She suggesting contacting the Republican Party of Florida, where a spokeswoman said she had no information to share.

Via Michael Moline of Florida Phoenix. Republished with permission.