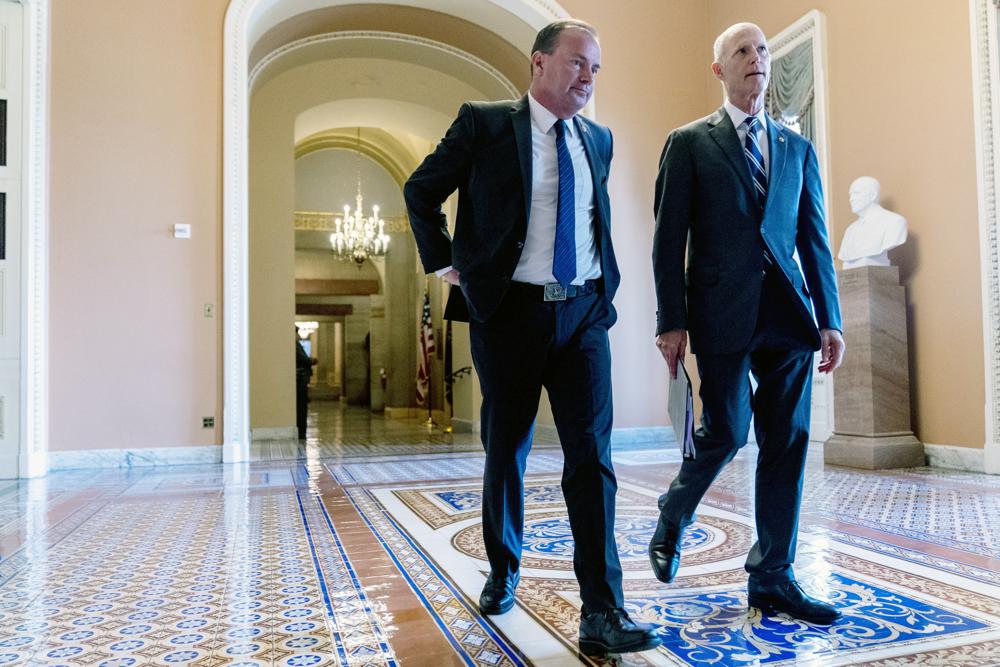 But Rick Scott and Marco Rubio have voted against moving the bill forward.

After weeks of fits, starts and delays, the Senate is on track to give final approval to the $1-trillion bipartisan infrastructure plan, with a growing coalition of Democrats and Republicans prepared to lift the first phase of President Joe Biden’s rebuilding agenda to passage.

Final Senate votes are expected around 11 a.m. EDT Tuesday, and the bill would then go to the House.

All told, some 70 senators appear poised to carry the bipartisan package to passage, a potentially robust tally of lawmakers eager to tap the billions in new spending for their states and to show voters back home they can deliver.

Senate Majority Leader Chuck Schumer said it’s “the first time the Senate has come together around such a package in decades.”

After that, the Senate will immediately launch votes on Biden’s next package — the $3.5 trillion plan that is a more strictly Democratic undertaking — beginning a debate that will extend into fall.

For now, on the the often elusive political center is holding steady on the bipartisan plan, a rare partnership with Biden’s White House.

On the left, the Democrats have withstood the complaints of liberals who say the proposal falls short of what’s needed to provide a down payment on one of the president’s top priorities.

From the right, the Republicans are largely ignoring the criticism from their most conservative and far-flung voices, including a barrage of name-calling from former President Donald Trump as he tries to derail the package.

Together, a sizable number of business, farm and labor groups back the package, which proposes nearly $550 billion in new spending on what are typically mainstays of federal spending — roads, bridges, broadband internet, water pipes and other public works systems that cities and states often cannot afford on their own.

“This has been a different sort of process,” said Sen. Rob Portman of Ohio, the lead Republican negotiator of the group of 10 senators who drafted the package.

Portman, a White House budget director for George W. Bush, said the investments being made have been talked about for years, yet never seem to get done.

He said, “We’ll be getting it right for the American people.”

The top Democratic negotiator, Sen. Kyrsten Sinema, said she was trying to follow the example of fellow Arizonan John McCain to “reach bipartisan agreements that try to bring the country together.”

Still, not all senators are on board, Despite the momentum, action ground to a halt over the weekend when Sen. Bill Hagerty, a Tennessee Republican allied with Trump, refused to speed up the process.

Other Republican senators objected to the size, scope and financing of the package, particularly concerned after the Congressional Budget Office said it would add $256 billion to deficits over the decade.

Both Sen. Marco Rubio and Rick Scott, both Florida Republicans, voted against procedural votes on the legislation Sunday.

Two Republicans, Sens. Jerry Moran of Kansas and Todd Young of Indiana, had been part of initial negotiations shaping the package but ultimately announced they could not support it.

Rather than pressure lawmakers, Senate Republican leader Mitch McConnell of Kentucky has stayed behind the scenes for much of the bipartisan work. He has cast his own votes repeatedly to allow the bill to progress, calling the bill a compromise.

Trump called Hagerty, who had been his ambassador to Japan, on Sunday and the Senator argued for taking more time for debate and amendments, in part because he wants to slow the march toward Biden’s second phase, the $3.5 trillion bill that Republicans fully oppose.

The outline for the bigger $3.5 trillion package is on deck next in the Senate — a more liberal undertaking of child care, elder care and other programs that expected to draw only Democratic support. Senators are expected Tuesday to launch a lengthy session to consider amendments to the blueprint, the start of a months-long debate on the package.

Unlike Biden’s bigger $3.5 trillion package, which would be paid for by higher tax rates for corporations and the wealthy, the bipartisan package is to be funded by repurposing other money, and with other spending cuts and revenue streams. The bill’s backers argue that the budget office’s analysis was unable to take into account certain revenue streams — including from future economic growth.

Senators have spent the past week processing nearly two dozen amendments to the 2,700-page package, but so far none has substantially changed its framework.

One remaining issue, over tax compliance for cryptocurrency brokers, appeared close to being resolved after senators announced they had worked with the Treasury Department to clarify the intent.

But an effort to quickly adopt the cryptocurrency compromise was derailed by senators who wanted their own amendments, including one to add $50 billion for shipbuilding and other defense infrastructure. It’s unclear if any further amendments will be adopted.

The House is expected to consider both Biden infrastructure packages when it returns from recess in September.

House Speaker Nancy Pelosi has said the two bills will be considered together, but on Monday a bipartisan group of centrist lawmakers urged her to bring their smaller plan forward quickly, raising concerns about the bigger bill, in a sign of the complicated politics ahead.

“This once-in-a-century investment deserves its own consideration,” wrote Reps. Josh Gottheimer, a New Jersey Democrat, Jared Golden, a Maine Democrat, and others in a letter obtained by The Associated Press. “We cannot afford unnecessary delays.”

previousSunburn — The morning read of what’s hot in Florida politics — 8.10.21