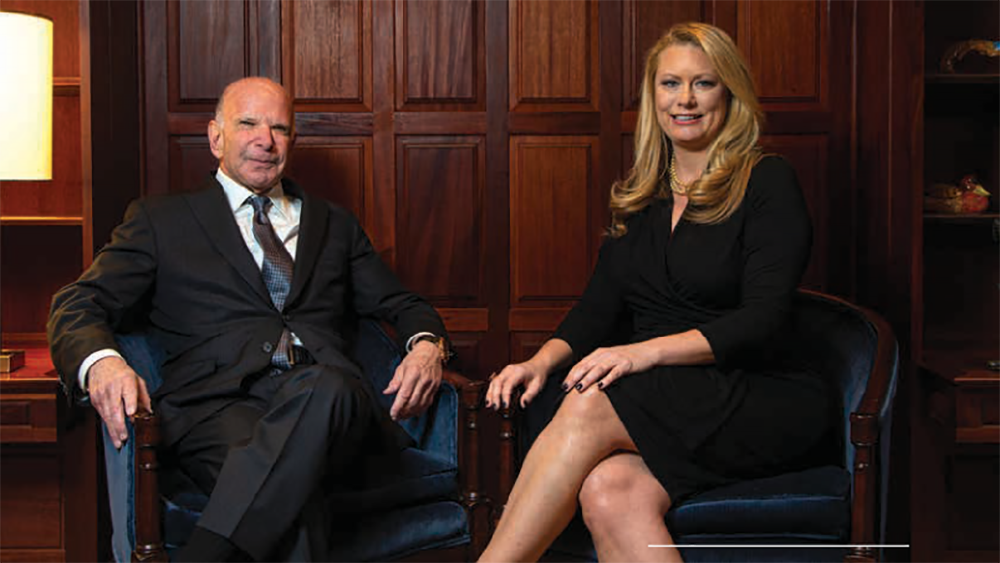 The firm could have earned as much as $2.8 million.

Founder Bill Rubin, managing partner Heather Turnbull, and the half-dozen lobbyists at the firm represented 87 clients during the second quarter, reporting $1 million earned in the Legislature and another $1.1 million in the executive branch.

The earnings estimates are based on income ranges Rubin Turnbull & Associates reported for each client. Florida Politics uses the middle number of those ranges to estimate quarterly pay.

HCA Healthcare was the most lucrative contract last quarter. The Tennessee-based hospital chain was Rubin Turnbull’s only legislative client to exceed the $50,000 cap on range reporting, providing the firm with $56,000 in pay. It paid another $56,000 for executive lobbying work, adding up to $112,000 overall.

Four other clients sent the firm $70,000 split across the two reports. Those contracts were with Florida Crystals, Independent Living Systems, The Richman Group of Florida and Rush Street Interactive. The firm also pulled in $70K from Nomi Health, but the income was listed on the executive report alone.

The health care industry was well represented in the reports. In addition to HCA and Independent Living Systems, Rubin Turnbull & Associates’ legislative report shows it was the go-to firm for Aetna, Molina Healthcare and Wellpath at the $25K level; the Florida Optometric Association and La Colonia Medical Centers at $15K apiece; and Acadia Healthcare Company and Automated Healthcare Solutions at $5K.

Those clients mostly repeated at the same pay level on the executive report.

The firm also listed clients from all corners of the transportation industry, from planes and trains to boats and cars — Carnival Corporation sent over $50,000, Southwest Airlines paid $30,000, Florida East Coast Industries sent $30,000 and airplane manufacturer Embraer chipped in $10,000.

The Big Easy Casino also went with Rubin Turnbull & Associated in what ended up being a consequential year for gaming. It sent the firm $25,000 for legislative lobbying and paid the same for executive lobbying.

In addition to client ranges, lobbying firms report their overall income in a broad range on the bottom line of their quarterly compensation reports. Rubin Turnbull’s reports show they earned at least $2 million last quarter, with an even split between the legislative and executive branches. The firm could have earned as much as $2.8 million.

nextUniversity of Florida 'expects' students to be vaccinated and wear masks