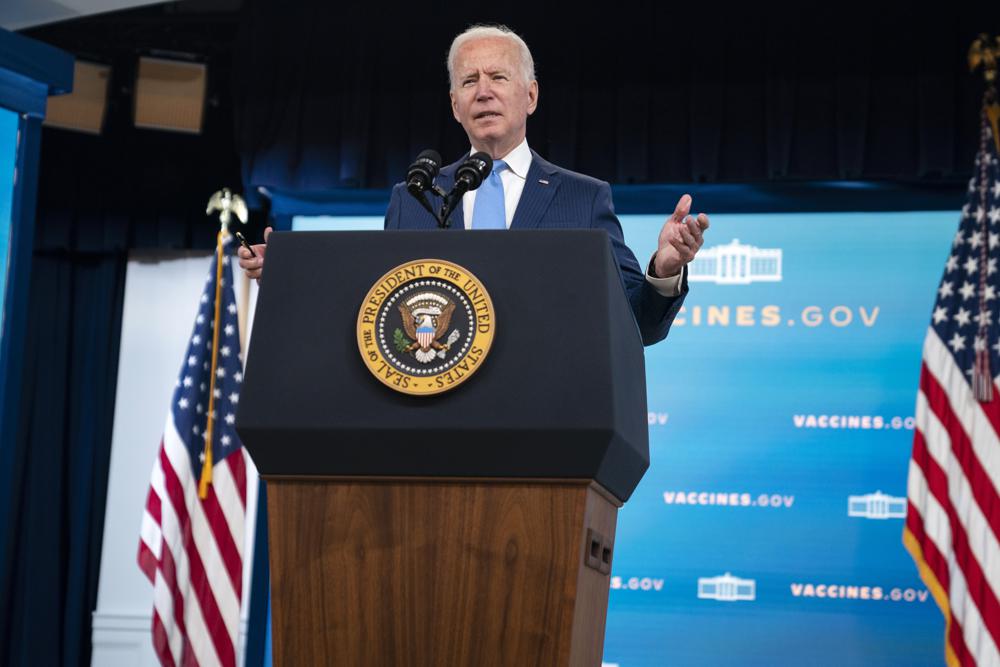 The Taliban has opposed any extension of the Aug. 31 deadline to complete the evacuation from Afghanistan.

President Joe Biden has decided to stick with his deadline next week for completing the U.S.-led evacuation from Afghanistan, an administration official said Tuesday. The decision reflects a growing fear of extremist attacks at the Kabul airport but also opens Biden to domestic political complaints of caving to Taliban demands and of potentially leaving some Americans and Afghan allies behind.

A Taliban spokesman, speaking prior to word of Biden’s decision, said anew that the militant group would oppose any extension of the Aug. 31 deadline. It has allowed the airlift to continue without major interference.

Pressure from U.S. allies, Democratic and Republican lawmakers, veterans groups and refugee organizations has grown for Biden to extend his deadline, which he set well before the Taliban completed its lightning takeover of Afghanistan on Aug. 15. It remains unclear whether the airlift from Kabul’s international airport can get out all American citizens and other foreigners by next Tuesday, as well as former translators and other at-risk Afghans who fear for their lives under Taliban rule.

Some Republicans bristled Tuesday at the U.S. seeming to comply with a Taliban edict. “We need to have the top priority to tell the Taliban that we’re going to get all of our people out, regardless of what timeline was initially set,” said Rep. Steve Scalise, a Louisiana Republican.

And Democratic Rep. Adam Schiff of California, chairman of the House intelligence committee, told reporters after a committee briefing Monday on the Afghanistan withdrawal that “it was hard for me to imagine” wrapping up the airlifts by the end of the month. He also said it was clear there had been “any number of warnings” to the administration “of a very rapid takeover” by the Taliban.

Biden asked his national security team to create contingency plans in case a situation arose for which the deadline needed to be extended slightly, the official said.

The chief Pentagon spokesman, John Kirby, said Aug. 31 leaves enough time to get all Americans out, but he was less specific about completing the evacuation of all at-risk Afghans.

“We believe we have the ability to get that done by the end of the month,” he said, referring to the unspecified number of American citizens who are seeking to leave. He said several hundred were evacuated on Monday and that “several thousand” have gotten out since the airlift began. He would not be more specific.

The U.S. has repeatedly stressed the risk of continuing the airlift, due to threats of violence by the Islamic State group’s Afghanistan affiliate. Germany’s top military commander, Gen. Eberhard Zorn, said Tuesday the United States and Germany were particularly concerned about ISIS suicide bombers possibly slipping into crowds in Kabul.

The U.S. ramped up its round-the-clock airlift of evacuees from Afghanistan to its highest level yet on Tuesday. About 21,600 people were flown out in the 24-hour period that ended early Tuesday, the White House said. That compares with about 16,000 the previous day.

Biden had considered whether to extend his self-imposed deadline, taking into account the continued security threats by extremist groups in the Afghan capital, the Taliban’s resistance to an extension and the prospect that not all Americans and at-risk Afghan allies can be evacuated by next Tuesday.

At a news conference in Kabul, Taliban spokesman Zabihullah Mujahid said Tuesday his group will accept “no extensions” of the deadline.

Later Tuesday, Kirby, the Pentagon spokesman, said the military will need “at least several days” to fully withdraw its several thousand troops and their equipment from Kabul.

NATO partners and other countries say they will have to shut down their own evacuations if the U.S. withdraws the 5,800 troops it has flown in to run and protect the massive airlifts out of Taliban-ruled Kabul.

British Defense Minister Ben Wallace said earlier that no country would have time to complete evacuations by Aug. 31.

Prime Minister Boris Johnson, who had pressed Biden via an emergency virtual G-7 leaders’ meeting Tuesday to stay, said British evacuations “will go on right up until the last moment that we can.”

Amid the tense operation to get people out of the country, CIA Director William Burns secretly swooped into Kabul on Monday to meet with the Taliban’s top political leader, Abdul Ghani Baradar, a U.S. official told The Associated Press.

A 2020 deal struck by President Donald Trump and the Taliban initially set a May deadline for U.S. troops to fully withdraw from Afghanistan, after nearly 20 years of war there. Biden extended the deadline to Aug. 31 but is adamant he, too, wants to end the U.S. military role in Afghanistan, and he is rejecting criticism following the Taliban’s sudden conquest of the country this month and the collapse of the U.S.-backed government and military.

With access to the airport still dangerous, U.S. helicopter crews have been carrying out sorties beyond the airport walls to retrieve evacuees, including 16 Americans on Monday.

Since Aug. 14, the U.S. has evacuated and facilitated the evacuation of more than 58,000 people.