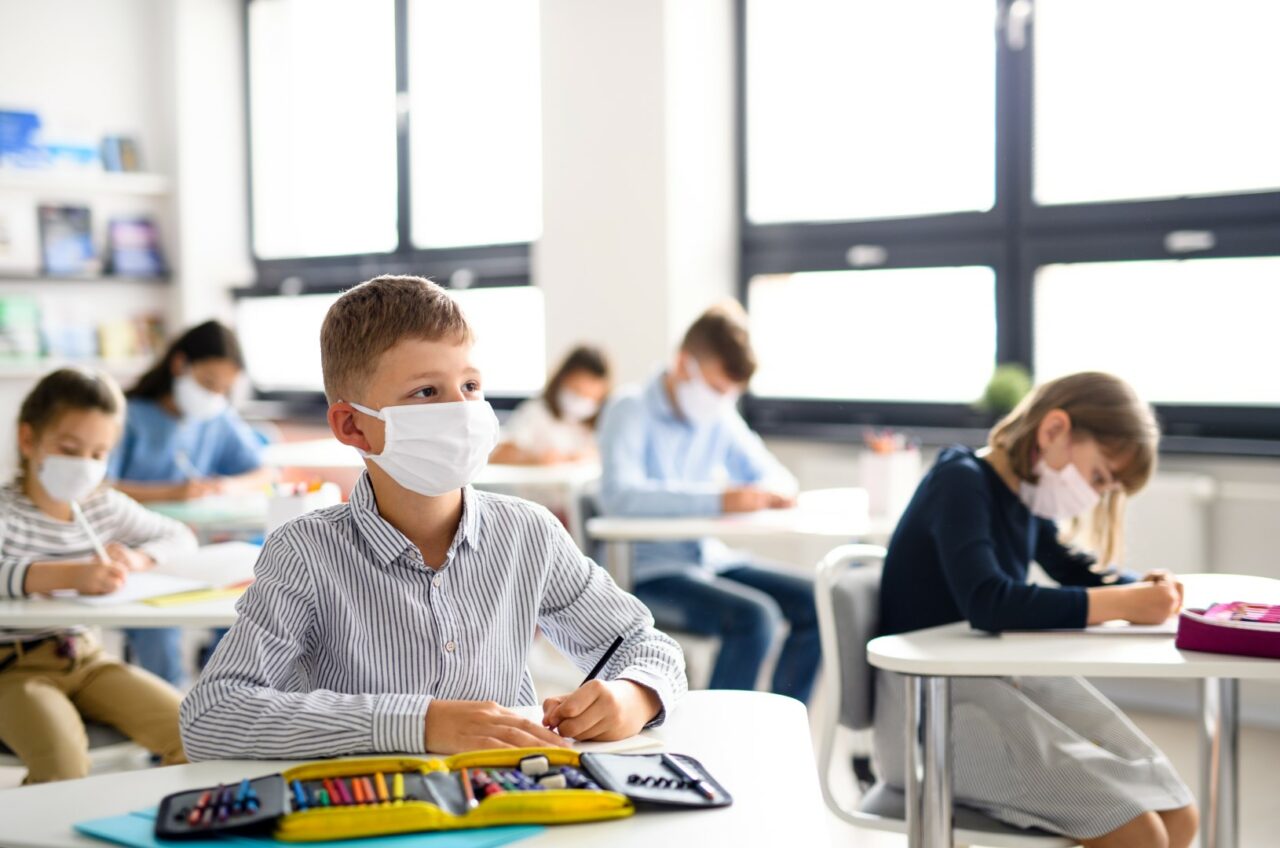 The Palm Beach School Board committed Wednesday to challenging Gov. Ron DeSantis‘ mask order in court — a move that comes as more than half of the state’s public school students attend schools with policies defying his emergency order prohibiting mask requirements.

The Palm Beach School Board voted unanimously at an emergency meeting Wednesday to engage outside legal counsel to challenge DeSantis’ order that prohibits mask mandates. The board is the second district to announce legal steps to defy the Governor after Broward County. Broward, home to Florida’s second-largest school district, voted on Aug. 10 to challenge DeSantis’ order. Palm Beach County School District is the state’s fifth-largest school district.

Parents of students are also suing against the order.

The Palm Beach County vote followed nearly four hours of contentious public comment that included people having their microphones cut off and others escorted from the meeting room. The recommendation to hire a lawyer to challenge the order was approved with no comment from the board at Wednesday’s meeting.

Earlier, though, Palm Beach County School Board Member Alexandria Ayala said she believes that mandatory masking for students is the best way to keep kids in school — and healthy. She was in a news conference with other school board members from Broward and Miami-Dade County. Miami-Dade County voted Aug. 18 to require student masks when school started on Monday.

Christina Pushaw, the Governor’s spokeswoman, said that there is no convincing data that supports masking children, although the Centers for Disease Control and the American Academy of Pediatrics recommends it.

” … UK, Ireland and other counties do NOT recommend masking kids in school,” she texted Thursday morning. “It’s sad to see how politicized this issue has become because parents’ rights to make decisions for their own kids’ health and education shouldn’t be a political issue — and in many other countries it isn’t.”

DeSantis has said at earlier events that challenging his emergency order is a way to get on CNN. Broward School Board Member Sarah Leonardi, who has been on CNN discussing the mask mandate, said that was hardly the reason she voted for requiring student masks.

“I think that accusation says more about Ron DeSantis than it does about any of us,” Leonardi said.

At Wednesday’s meeting, speakers largely lambasted Palm Beach County School Board members for disobeying the law, going rogue on parents’ rights to decide for their children, and using their children for political reasons.

Parents spoke of children traumatized by being segregated from their mask-wearing fellow students and how school started with the right for parents to opt out of mask-wearing, which was soon revoked. The district backtracked on the opt-out after thousands of students tested positive for the virus or were quarantined for exposure.

“They’ve had the joy stolen out of them,” said Amanda Wood, mother of three young children.

Robert Rosetto, a Boca Raton father of a fifth-grader, said his son didn’t want to wear a mask and said his decision to let him go mask-free is not hurting anyone.

A civil rights attorney, Barry Silver, was one of the few defending the district’s decision to oppose DeSantis’ emergency order.

“No parent has the right to send their child to school without a mask and spread disease to everyone,” he said.

At the news conference earlier, Ayala said that she believes the vast majority of her school district constituents agree that masks should be mandated, except for those with a documented medical reason. And, despite the threats she’s received from opponents to come to her home, she’s willing to do whatever it takes.

“We need to do everything in our power to make sure that the majority of students we serve, at least in Palm Beach County, are protected,” she said. “I’m willing to go as far as it takes to do what I know my community expects me to do.”

As of Wednesday, only Alachua and Broward have received official notice that they will face financial penalties for having mask mandates in violation of the Governor’s order. Ayala said she expects the district will hear from the State Education Department later this week.