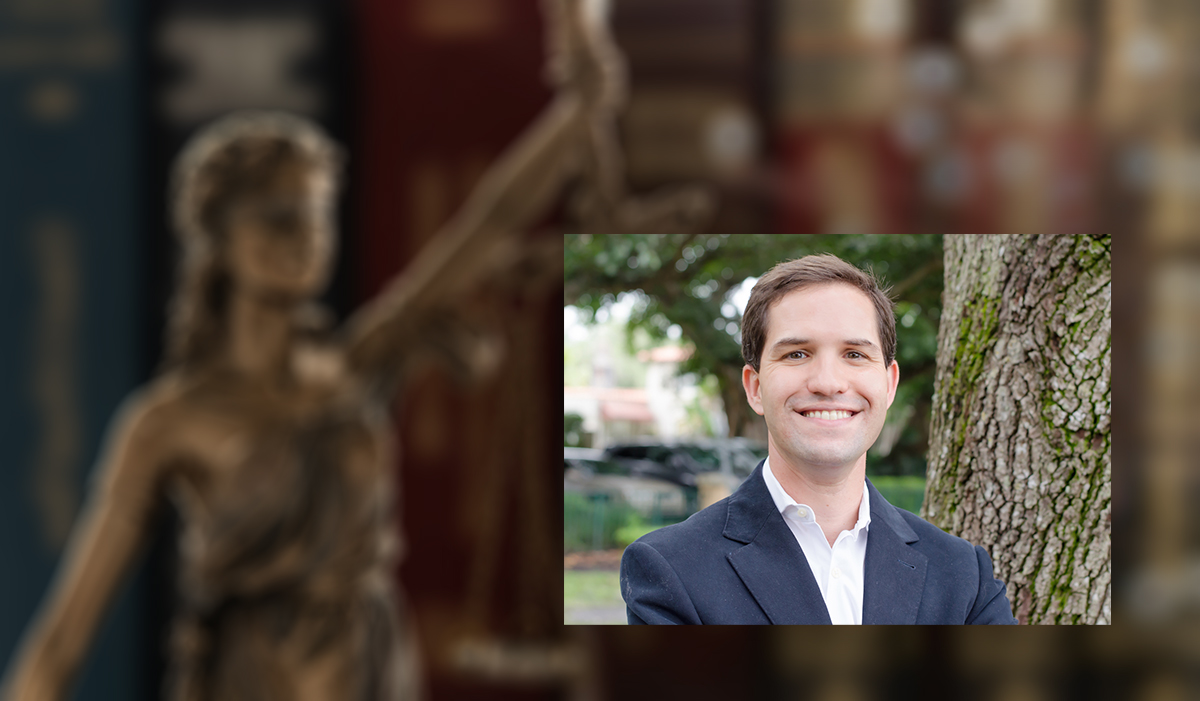 More than a year after the Justice’s appointment, Tallahassee and Miami came together Thursday to formally welcome Justice John Couriel to the Florida Supreme Court.

Couriel, 43, started serving the Court in June 2020 after Gov. Ron DeSantis appointed the Miami-based lawyer to the bench.

When the Governor selected him in May of that year, DeSantis traced Couriel’s legal understanding to his parents’ background. Both escaped Fidel Castro‘s Cuba in 1961, which the Governor said helped emphasize the importance of the rule of law in the new appointee.

DeSantis, like those who succeeded him during the ceremony, praised Couriel for bringing talent and a wealth of experience to the Court. The Justice, they said, chose to serve his community in the courts.

“Our Cuban exile community in South Florida, they understand freedom is only one generation away from being extinct, and you’ve got to fight for it. It’s not easy,” DeSantis said.

Before joining the Court, Couriel was a lawyer with Kobre & Kim and twice a candidate for the Legislature. He received his undergraduate and law degrees from Harvard. DeSantis, also a Harvard Law graduate, noted the two overlapped a year in Cambridge, Massachusetts.

“If you would have told me at that time that in 20 years I would be Governor of Florida appointing somebody who’s also on the Harvard campus, I would have taken the under on that one,” DeSantis said.

In selecting Couriel, DeSantis tapped a Justice who shares his conservative views on the limited role of the courts, after a liberal-leaning bloc for years thwarted Republican lawmakers and governors on numerous high-profile policy fronts.

“When judges go astray, sometimes it’s because they think they’re a little smarter than the people that get elected to office … and so therefore, they indulge their own policy preferences. That throws the constitutional system out of whack,” DeSantis said. “That is not the way the founders designed it, and that’s not the way that Justice Couriel conceives of the Constitution.”

Like the Governor, Couriel referred to his parents’ move to the United States, noting the sacrifice his father’s parents made to send his father to the mainland alone.

“Those of us who ourselves arrived in this country, or can remember our relatives who did, often say that we owe a debt to America that we can never repay,” Couriel said. “But America did more than loan me something. It invested in me. I thank you, Governor for putting me where, with God’s help, the return on that investment can be greatest.”

Couriel’s term ends Jan. 3, 2023. He filled a seat vacated by Barbara Lagoa, who President Donald Trump named a federal Circuit Judge on the 11th District Court of Appeals in 2019.

In September 2020, DeSantis named Justice Jamie Grosshans to fill the seat vacated by Robert Luck, who Trump appointed to the 11th District Court of Appeals alongside Lagoa, similarly swiping DeSantis’ fresh pick for the bench. Grosshans’ investiture ceremony is slated for Nov. 17.

Investiture ceremonies, which formally welcome new justices to the court, are normally slated a few months after an appointment. But like when DeSantis delayed naming successors to Lagoa and Luck because of the COVID-19 pandemic, the Court delayed Couriel’s and Grosshans’ ceremonies amid the pandemic.

As Governor, DeSantis’ policies and actions have faced multiple and frequent legal challenges, some of which have ended up before the Supreme Court. That included disqualifying DeSantis’ first appointee to replace Luck, Florida’s 15th Judicial Circuit Judge Renatha Francis, who DeSantis initially appointed alongside Couriel.

Luck returned to the Court chambers Thursday to administer the judicial oath to Couriel.

“The duty of judges … is not to reach the outcomes we think will please whoever comes to sit on the court of human history,” Luck said, quoting an 11th Circuit colleague. “The Constitution instead tasked us with administering the rule of law and courts of limited jurisdiction, which means that we must respect the political decisions made by the people and their officials within the bounds of our supreme law. In the end, as our judicial oath acknowledges, we will answer for our work to the judge who sits outside of human history.”

Renzo Downey covers state government for Florida Politics. After graduating from Northwestern University in 2019, Renzo began his reporting career in the Lone Star State, covering state government for the Austin American-Statesman. Shoot Renzo an email at [email protected]politics.com and follow him on Twitter @RenzoDowney.