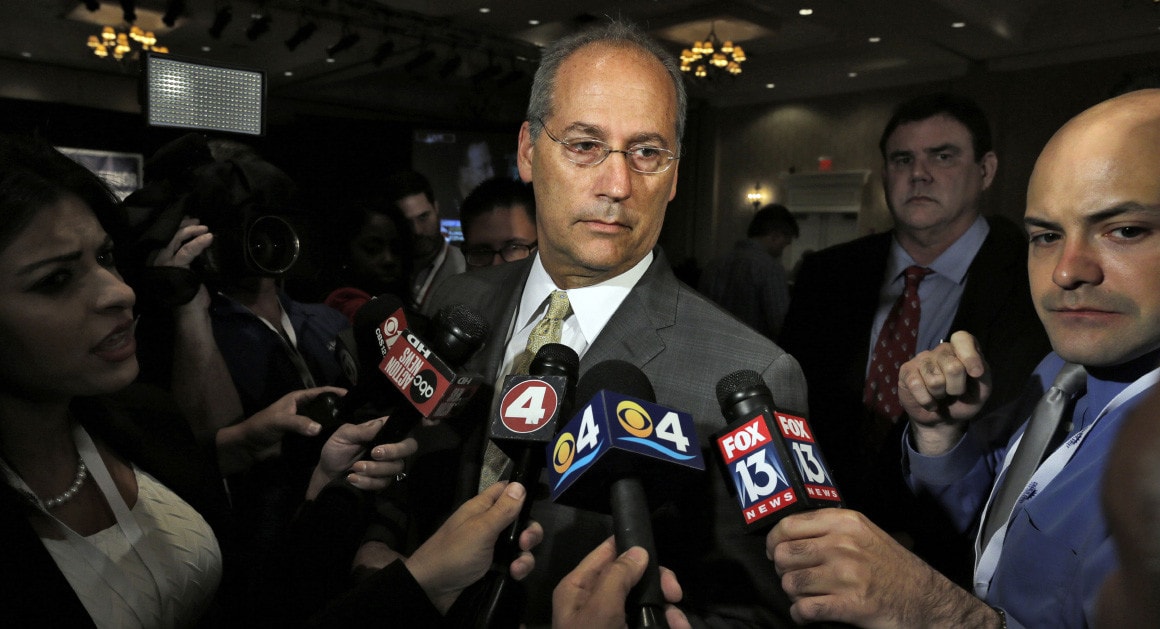 'There were 60 people on the Zoom I’m assuming that’s not a secret meeting.'

Gelber said it’s nothing of the sort, calling the conversation — which briefly veered into talk of raising and spending money to elect Miami Beach commissioners supportive of changing the notoriously hard-partying area into a more family friendly environment — just a further discussion of a plan he made public more than six months ago.

“There were 60 people on the Zoom,” he said. “I’m assuming that’s not a secret meeting.”

Early into the recording, Levine proposed the idea of financially backing campaign bids by Commission candidates open to lowering the late-night volume on South Beach, where more than 1,000 people were arrested during this year’s spring break, prompting the city to impose a rare 8 p.m. curfew.

“The idea is that we would put together a PAC — this organization, this group — that would raise money, and we would utilize that money to elect folks that would move the city in a positive, safe direction,” Levine said, later adding: “There are six commissioners, and two will be new (after the city’s Nov. 2 elections). We need to use whatever influence we have, (but) nothing can happen unless we (developers) exercise our power with those elected officials.”

Gelber, who is seeking reelection to a final two-year term in November, said he hoped to “reach out to” the group of developers on the call but wanted to keep the relationship informal to keep from having Hudak having “to send staff members to you all the time.”

Florida law requires government advisory boards, including those by developers proposing redevelopment ideas, to make their meetings and documents public. They must also provide the public with advance notice of meetings and allow public comments.

Gelber encouraged the developers, including some behind big Miami Beach projects like Española Way and Sunset Harbour, to tell him and city staff what they wanted done.

“What I would love for you to do is tell us what you need to reimagine the areas we know need to be reimagined. I will commit to you this: Our staff will be available,” he said. “If you want something on the ballot because it needs to be on the ballot, I’ll put it on the ballot, (and) I’m prepared to do whatever we need to do to support any idea, even if it’s not particularly popular.”

However, Gelber also made it clear discussing a PAC “or things like that” was not appropriate.

“We cannot talk about a PAC,” he said. “That’s not what Alina (Hudak) is allowed to talk about, and I really shouldn’t be here talking about that with city personnel.”

Miami Beach campaign finance laws prohibit candidates for the office of city Mayor or Commissioner, as well as their campaign committees, from directly or indirectly soliciting, accepting or depositing into their accounts any contribution from a vendor, real estate developer and/or their lobbyist.

But while the optics aren’t great, talking about others potentially forming a group to financially back certain candidates in an election you are also a candidate in is “perfectly legitimate,” said Gelber, a former federal prosecutor, state Representative and current lawyer in private practice.

“I only said (we couldn’t talk about a PAC) because Alina (Hudak) was there,” he told Florida Politics. “In meetings all the time, people bring up things that they’re doing that we’re not. You can’t tell people what they can and can’t say. But obviously, if we’re meeting with a group of people and we’re saying, ‘Hey, we’d love you to be involved in coming up with ideas to reimagine this area,’ if somebody says, ‘OK, but we’re going to do a PAC to make sure the Commissioners are on board,’ well, it wouldn’t be appropriate for the City Manager to say, ‘Yeah, that’s a good idea,’ because it’s not her place, and obviously that wasn’t what we were really discussing. It was just what one or two people in the meeting wanted to say.”

Gelber announced a 12-point plan in March to reform and improve the safety of the South Beach Entertainment District, which he wants to rename the “Art Deco Cultural District.” A link to the plan is embedded in his bio page on the city website.

Among the changes he proposed: a 2 a.m. last call for liquor sales, elimination of noise exemptions, updating land regulations to encourage a “live-work-play” environment, enhanced policing, a dedicated South Beach code enforcement unit, pedestrianization of Ocean Drive and a crackdown on “transient lodger abuses” by users of short-term vacation rental apps like Airbnb.

In May, the Miami Beach Commission narrowly approved rolling back the last call for alcohol from 5 to 2 a.m. Gelber cast the tiebreaking vote in the 4-3 decision, which Commissioner David Richardson argued was “the wrong way” to address crime, unruly behavior and a spate of shootings and deaths in the preceding months.

The change, which wouldn’t have been permanent unless voters OK’d it in November, was cut short less than a month later, when Circuit Judge Beatrice Butchko ruled it unlawful, calling it “arbitrary” and “in violation of local ordinances.”

The ruling came after the popular Clevelander hotel on Ocean Drive sued the city.

Since then, the owners of some of Miami Beach’s biggest hotspots, including the Clevelander, Mango’s Tropical Café and Twist, have poured $275,000 into a political committee called Citizens for a Safe Miami Beach aimed at getting voters to side against a referendum on the city’s November ballot.

The referendum is nonbinding, a so-called “straw poll” asking voters if they support changing the district’s 5 a.m. closing time to 2 a.m. “with specific locations and related restrictions and exceptions, to be determined” by the City Commission.

Such a move would cause Miami Beach to lose $14 million in yearly tax revenues and businesses there to lose $227 million in liquor sales over three years, economist Hank Fishkind concluded in a Miami Beach Chamber of Commerce-funded study released last week.

Fishkind came to a similar conclusion in 2017 before 65% of Miami Beach voters rejected a similar measure. Levine was the outgoing Mayor at the time.

As of Oct. 1, a pro-2 a.m. curfew political committee called YES for a Safer Miami Beach has raised $25,000. All of it came from one source: New Leadership for Florida, a political committee Democratic consultant Christian Ulvert runs for Florida House candidate Maureen Porras, an immigration lawyer who is running to replace Ana Maria Rodriguez to represent House District 105.

HD 105, which spans western portions of Miami-Dade and Broward counties, does not cover any part of Miami Beach.

Some, including political blogger Elaine de Valle, said the issue isn’t about safety or noise.

“(It’s) really all about real estate,” she wrote Oct. 9. “If the businesses along Ocean Drive fail, developers can buy up the properties at bargain prices and build condos, like they are doing with North Beach’s Ocean Terrace. They will turn South Beach from an entertainment district to a luxury high-rise district.

“Why do you think former Mayor Philip Levine — who was the first to try this — has come out of the hole he’s been hiding in since his gubernatorial loss to promote a yes vote? The millionaire mayor knows a deal when he sees one.”

“The place is filled with disorder, chaos and the worst images our city’s ever had. What do you think I’m responding to?” he said. “This is an area that every single person who has run for office in the last decade or longer has been saying, ‘We’ve got to clean it up. You’ve got to get rid of this stuff. You’ve got to change it.’ Well, I’m not prepared to spend six years in office without trying to really change it. This idea that I’m trying to close down three bars — if you listen to the Ocean Drive guys, they’ll tell you it’s only three or four bars you’re talking about — is a perverse theory. I’m going through this so I can put three or four bars out of business and that some unnamed developer can then develop them into what, bars that close at 2 a.m.? I have no idea what this theory is, but I know that the Ocean Drive operators are saying absolutely anything and spending any amount of money to protect their business model. It’s that simple.”