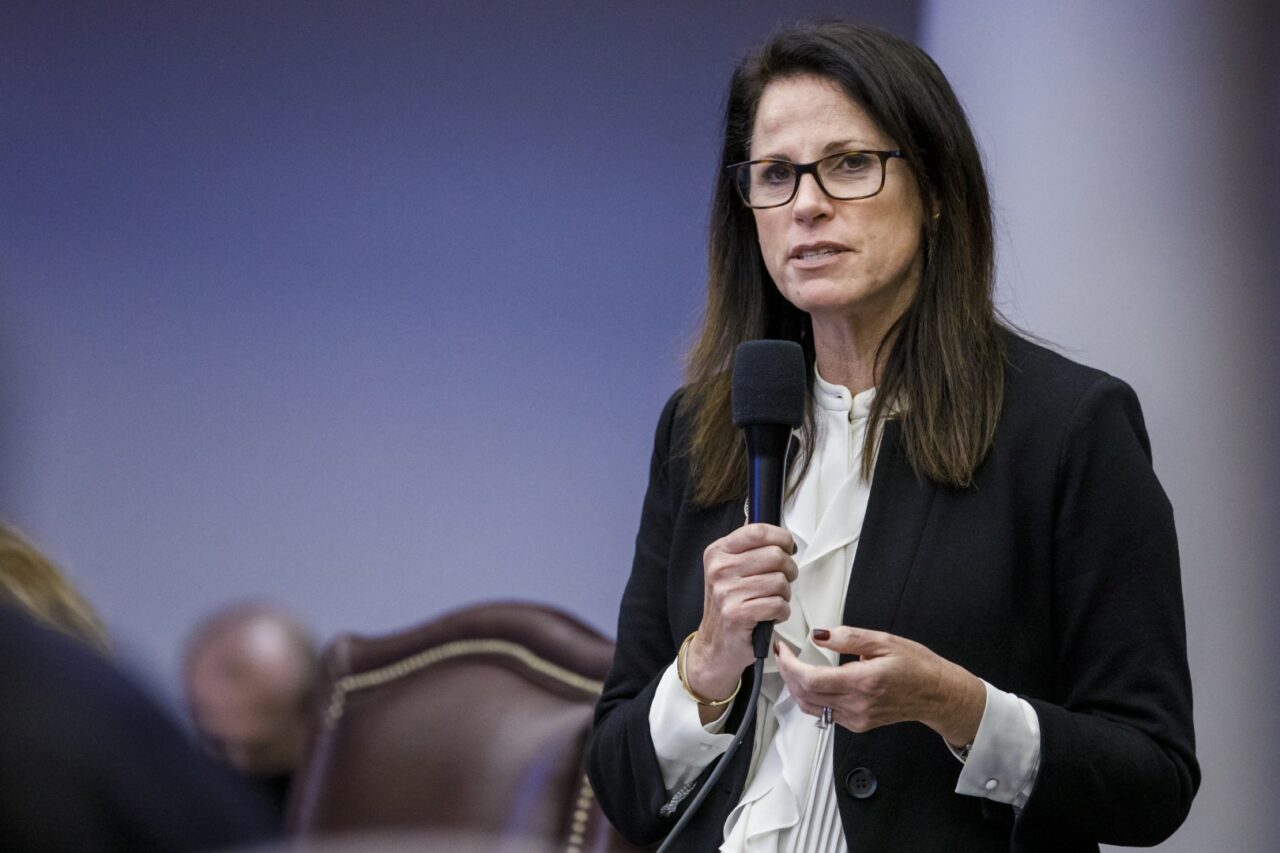 If you need more proof that the world is upside down, look no further than the latest developments in the Joseph Ladapo saga. He’s the Florida Surgeon General, appointed by Gov. Ron DeSantis but awaiting Senate confirmation.

As most everyone surely knows by now, Sen.Tina Polsky, facing Stage 1 breast cancer, asked Ladapo and his two aides to wear face coverings for a meeting in her office. When they refused, she asked them to leave.

The backlash against Ladapo was swift and bipartisan; even Senate President Wilton Simpson, a Republican, condemned Ladapo.

So, what happens next? Was Ladapo shown the door? Did he issue an unequivocal apology for his egregious behavior, especially for a medical man who should know better?

What did happen is that Polsky’s phone began receiving creepy voicemails from the lunatic fringe. Some of them threatened to kill her for the high crime of asking three men to have some freakin’ courtesy and respect.

It’s not surprising, though. Anyone in a high-profile position understands the risks of putting themselves out there. The burning match is always just an inch away from the fuse, and now the culprits can hide behind anonymous message boards and voicemail.

They have been fruitful and multiplied.

The rhetoric is worse, too.

School board members around Florida report harassment from parents furious about critical race theory. Florida schools don’t teach that, but it made a nice sound bite for DeSantis, and the mob took it from there.

Republican Rep. Randy Fine was up in arms because Brevard County School Board members cleared the room at a meeting that turned into a shouting match. When they didn’t allow people back in, Fine filed a criminal complaint about a Sunshine Law violation and said the Board was made up of “tinpot dictators” who cower in the face of criticism over their decisions.

Yet, in the 2021 Legislative Session, lawmakers excluded the public from attending meetings where lawmakers debated critical laws. That included DeSantis’ vaunted “anti-riot” bill and liability shields for businesses.

The official reason was COVID-19 protocols, but school board members might ask why they can’t require the same rules for their meetings.

Fox News anchor Neil Cavuto said he received death threats from viewers for the high crime of encouraging viewers to get vaccinated.

“This is not about left or right, and this is not about who’s conservative or liberal. Last time I checked, everyone, regardless of their political persuasion, is coming down with this,” Cavuto said. “Take the political speaking points and toss them for now, I’m begging you. Toss them and think of what’s good, not only for yourself but for those around you.”

For her part, Polsky certainly didn’t need nor desire to be in the center of this controversy as she began radiation treatment for her cancer.

“I wish I could figure out, get into his head. I said to him specifically, ‘is there a reason why you can’t wear a mask,'” she told MSNBC’s Lawrence O’Donnell.

She added, “… he wouldn’t give me an answer. He kind of smiles smugly and tries to turn the conversation, and he kept trying to engage me.”

“Having a conversation with someone while wearing a mask is not something I find productive, especially when other options exist. It is important to me to communicate clearly and effectively with people,” he said. “I can’t do that when half of my face is covered.”

Surgeons make life or death decisions in the operating room with their faces covered. Meetings go on all over the country every day involving people wearing masks.

And actually, I think Ladapo communicated quite effectively in his encounter with Polsky. He clearly showed common courtesy is dead in his world. The people who left those threats on Polsky’s phone heard him loud and clear.