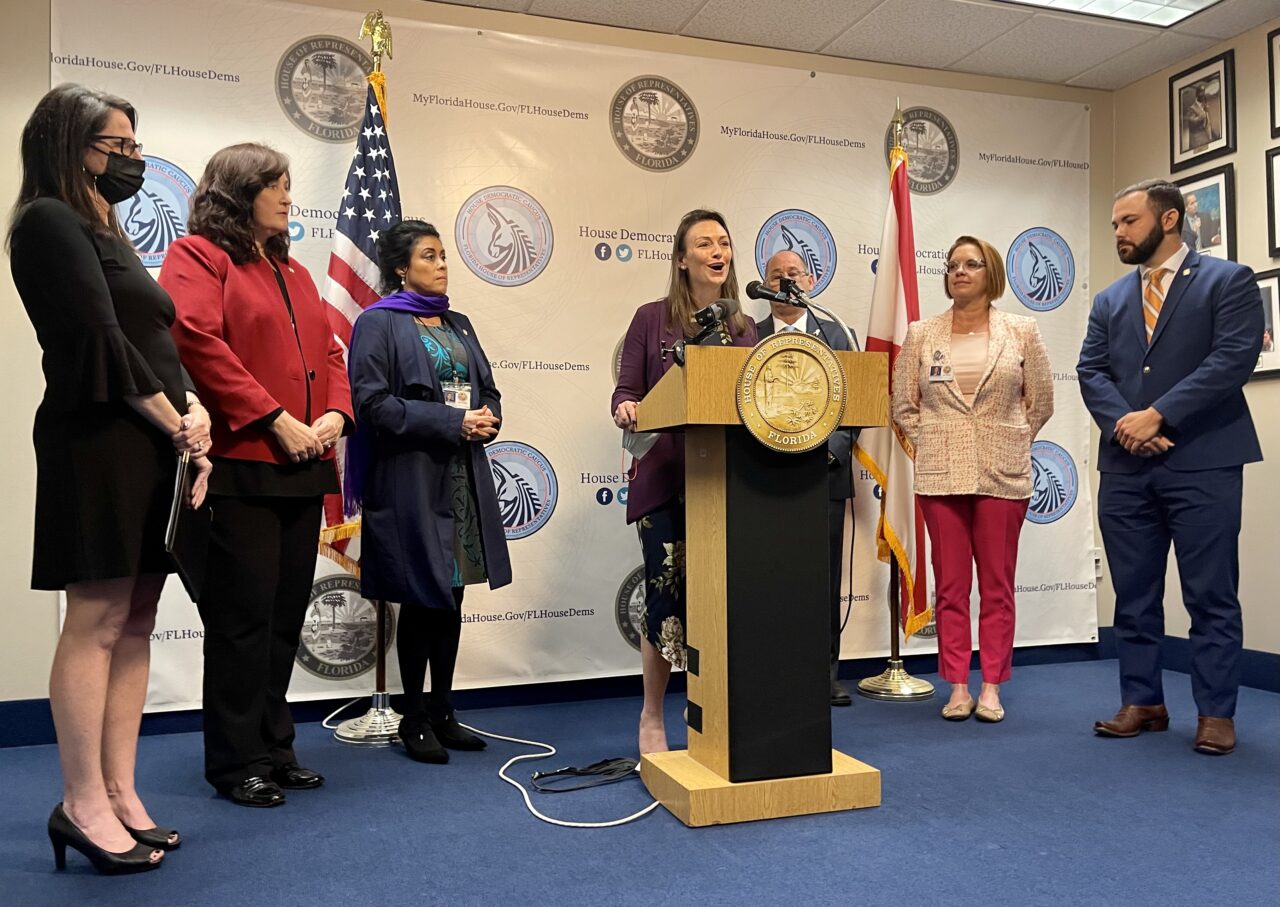 Agriculture Nikki Fried and the father of a Parkland victim are calling on lawmakers to take action.

Democratic lawmakers are proposing legislation that would require a background check with the purchase or transfer of ammunition.

The proposal (SB 334 & HB 181) aims to close a “loophole” within state law that requires a background check only before the purchase of a gun. Sen. Tina Polsky and Rep. Dan Daley are the bill sponsors.

Democratic leaders including Agriculture Commissioner Nikki Fried— a gubernatorial contender — rallied around the legislation Tuesday at a press event.

The bill, she suggested, may prevent gun violence.

The time to act, she added, is now.

“We need change here in the state of Florida,” Fried said. “We are not asking for the world. We’re just asking for common-sense changes that are going to prevent future tragedies.”

The proposal — otherwise known as Jamie’s Law — is named in honor of Jaime Guttenberg, a 14-year-old who died in the 2018 shooting at Marjory Stoneman Douglas High School. Seventeen people were killed in the incident.

“No parent should have to go through life visiting their child in a cemetery,” said Jamie’s father, Fred Guttenberg, who now serves as a gun reform advocate.

“Since that day, I’ve spent my life trying to do something to make sure parents don’t have to feel the way I do,” he added.

Special considerations for outdoorsmen and marksmen are included in the bill. Hunters, fisherman and shooting ranges, Polsky said, may still share ammunition.

“It does not stop that kind of action,” she emphasized. “It stops people from purchasing ammunition without a proper background check.”

In 2018, then-Gov. Rick Scott and a Republican-controlled Legislature passed a gun-control measure in wake of the Parkland school massacre. The bill — known as the Marjory Stoneman Douglas High School Public Safety Act — ushered in a variety of rules.

One provision raised the minimum age to purchase a fireman from 18 to 21.