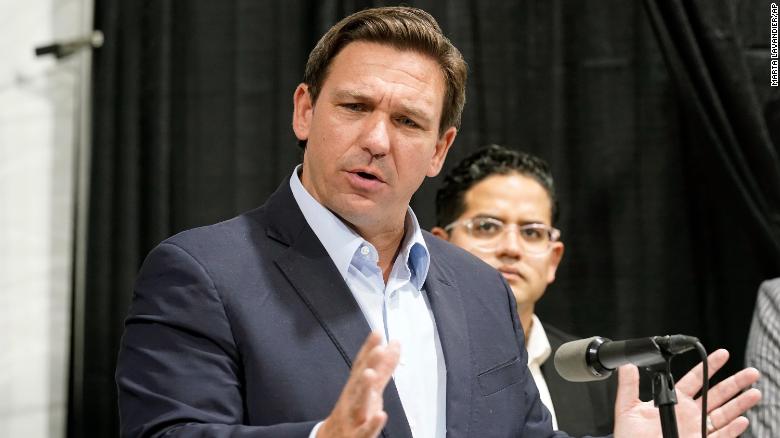 DeSantis says 'we haven't seen any flights since it's become an issue.'

During a press conference about gas tax abatement, DeSantis suggested there had been a similar abatement in what he called “clandestine flights that are coming in the wee hours of the morning.”

“Fortunately, since this has become an issue we haven’t seen any flights. Now, we’re not convinced that’s going to be the case going forward, so we’re working now on some things we’re going to be able to do to fight back,” DeSantis said. He added that there would be legislative moves to “hold people accountable.”

The Governor met Friday with Jacksonville Mayor Lenny Curry and other city officials. But there had been no official acknowledgement until Monday that the flights, a source of controversy lamented within the DeSantis administration, had paused.

DeSantis has been opaque about documenting the flights, and the mystery continued Monday, with the Governor saying he was relying on information outside of official channels.

“When we’re getting this information, they don’t just give it to us. We’ve been getting it from other sources — local law enforcement. Congressman John Rutherford‘s office has been able to get us information. But we have not seen any flights recently, which is great, but we don’t think that it’s over,” DeSantis said.

The Governor has been highlighting these flights for weeks, repeatedly telling the story of a murder he sources to the Biden administration’s decision to disperse undocumented immigrants from the southern border in Texas to the nation’s interior.

DeSantis has repeatedly contended murder suspect Yery Noel Medina Ulloa came to Florida on a “midnight flight” authorized by the Biden administration, dropped in Duval County by “contractors” employed by the federal government.

Ulloa, arrested Oct. 13 in connection to the death of Francisco Javier Cuellar, claimed he was an unaccompanied minor when he crossed the Texas border months earlier

In a previous Jacksonville press conference, the Governor addressed the difficulties of getting intelligence about the 78 flights believed to have brought undocumented immigrants to the Jacksonville area.

“In terms of each individual flight, I can tell you: I know that they started in May, And I know they continued,” DeSantis said in response to a follow up on the same topic.