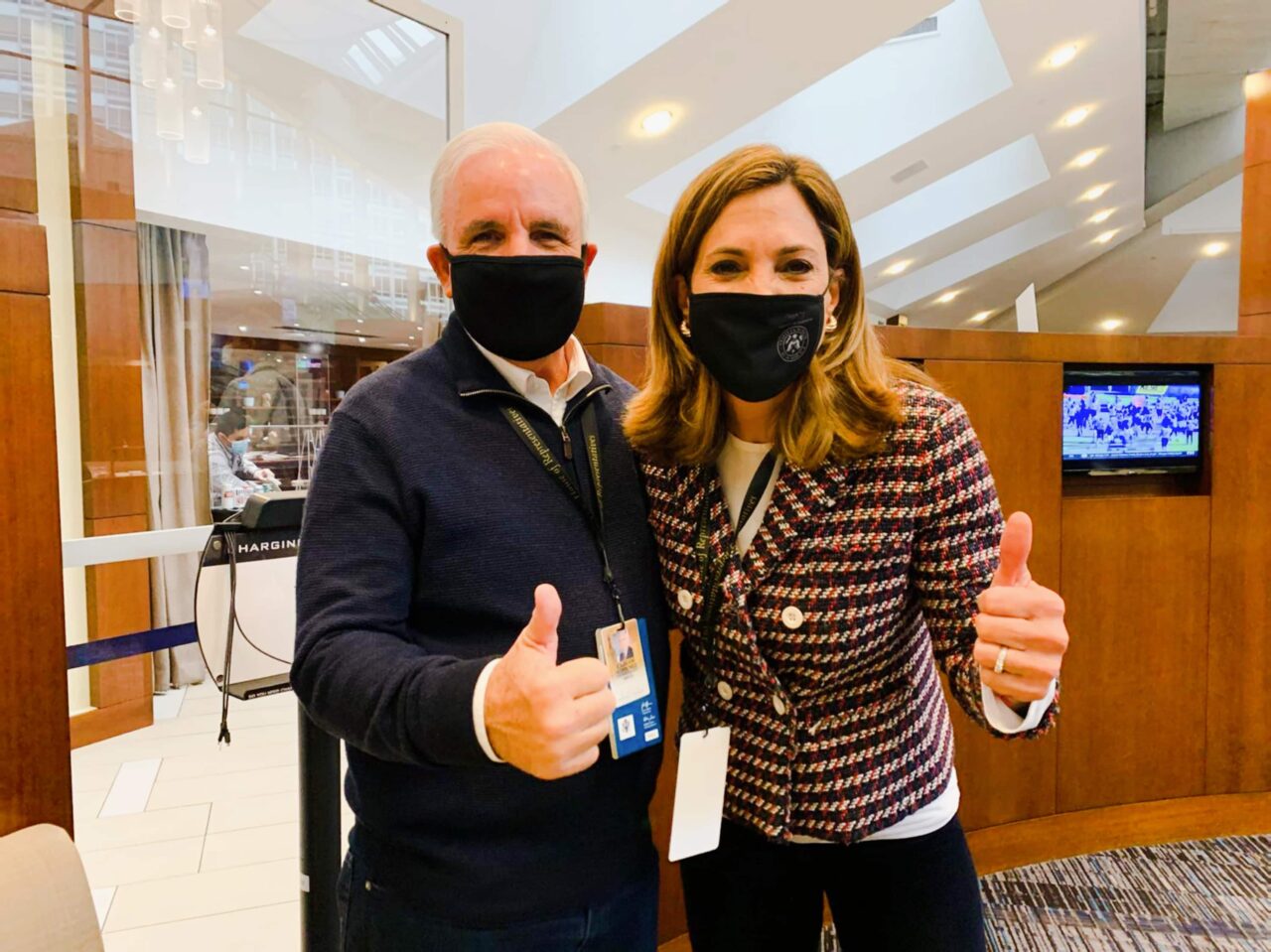 A national health advocacy organization is targeting Republican U.S. Reps. Carlos Gimenez and Maria Elvira Salazar for driving up the cost of health care with their Nov. 19 votes against the Build Back Better Act.

Protect Our Care, which bills itself as an organization working against “Republican sabotage” of health care access, produced 30-second digital ads to be shown on Facebook.

“Everyone’s feeling it — costs keep going up and up,” intones the narrator, showing a series of morose-looking people, presumably staring at medical bills they can’t afford. “Health insurance and drug companies make record profits, but millions of Americans can’t keep up.”

Eight seconds in, they share the problem: “Carlos Gimenez,” or, if for those in the nearby district, “Maria Elvria Salazar, just voted against President Joe Biden’s signature legislation, the Build Back Better Act.”

Protect Our Care has targeted Gimenez and Salazar along with six other members of Congress for their votes on the legislation estimated to cost $1.7 trillion to fill in the Medicaid gap, cap pharmaceutical copays and reduce health care premiums, along with a host of other social safety net initiatives regarding child care, maternal mortality and climate change, to name a few.

“Stop putting industry profits ahead of our prices,” it says.

Every Republican in Congress voted against the legislation, which the U.S. Senate still needs to pass if it is to go into effect. But Protect Our Care targeted representatives in congressional districts where enrollment in Obamacare is strong and there is some hope of flipping the district from red to blue, according to a Protect Our Care spokesman. Other targets are in Arizona, New Jersey, North Carolina, Ohio and Pennsylvania. Pennsylvania is the only state other than Florida with two targets.

Digital-only spots that can be produced relatively inexpensively have become a common tool among advocacy groups. The name of a member of Congress is dropped into the same spot, with little added expense to target the ad to a specific district.

Gimenez, the former Mayor of Miami-Dade County, defeated Democratic U.S. Rep. Debbie Mucarsel-Powell in Florida’s 26th Congressional District in November 2020, winning 51% of the vote in what was billed one of Florida’s most competitive congressional races.

Salazar also ousted a sitting Democratic representative in what was regarded as a stunning upset of one of South Florida’s most well-known political figures, Donna Shalala. She was Secretary of Health and Human Services under President Bill Clinton and a former University of Miami president.

Neither of the two congressional offices responded to a request for comment on the digital spots.

Hope that Biden’s signature legislation will pass before the New Year began dimming Wednesday, according to reports.

previousJoe Henderson: Why is college enrollment dropping? Let us count the ways