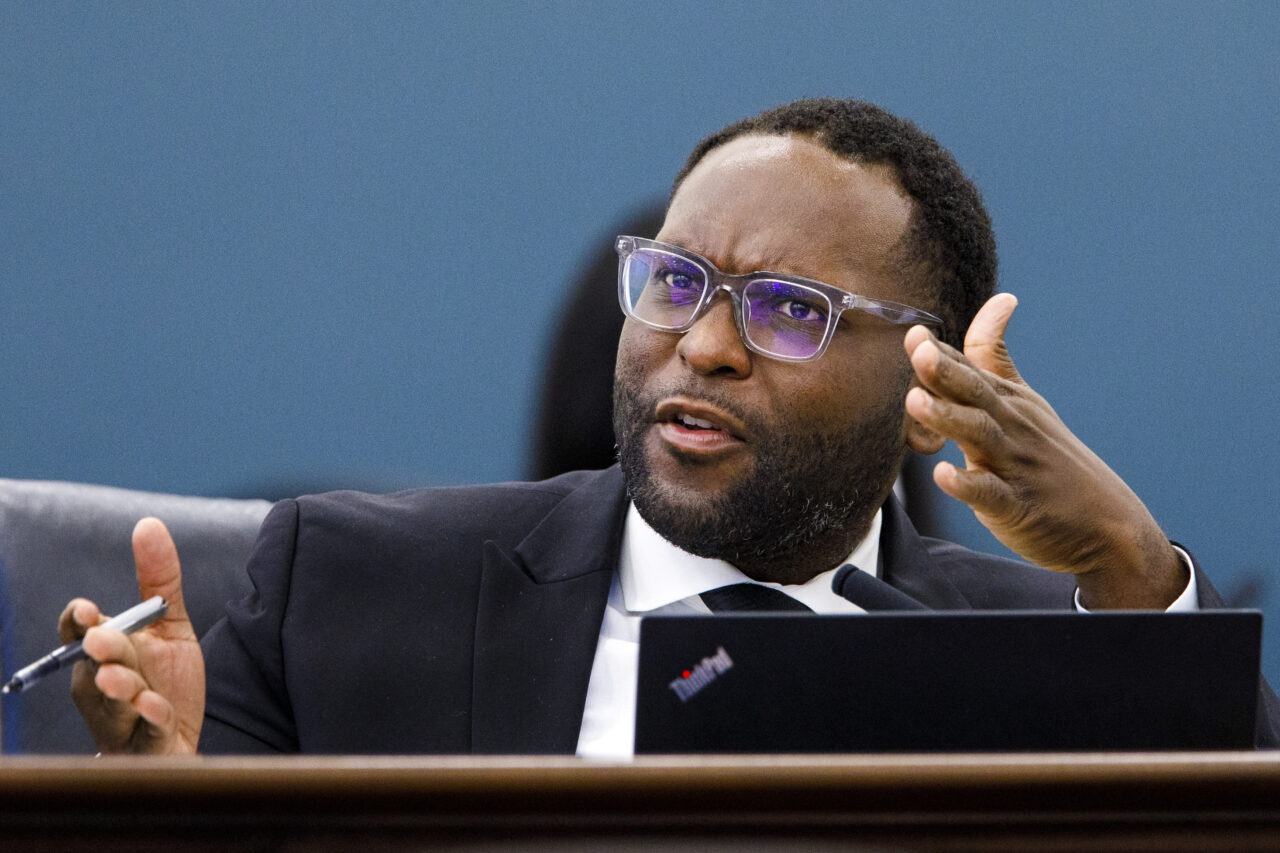 Jones says the 'ugly past' must be taught.

DeSantis says the act is meant to crack down on “pernicious” critical race theory concepts in educational and workplace settings.

Jones, a Democrat from Hollywood, told Alisyn Camerota, co-host of CNN’s morning show, “New Day,” “I want the Republicans to go ahead and show their hand. This is not about CRT. This is not about the 1619 Project. Let’s be clear: This is them wanting to stop teaching Black History. Because when you talk about CRT, when you talk about the 1619 Project, that’s exactly what this is.”

“It’s talking about racist policies that were created years ago during even the Jim Crow era that have put us in the position we are in now,” Jones said. “Teaching children history, teaching them Black history, which in my mind is American history, and then saying you don’t want your child to learn it, all it does is put us into a predicament where you have children who feel as if it is OK to use racial slurs inside our schools, when children feel it is OK to do the things to make it seem as if they are not a part of what we call America.”

“It’s an ugly past,” Jones added, “but there’s a truth to everything that’s happened in the past in the United States of America.”

“You think about what MLK stood for. He said he didn’t want people judged on the color of their skin, but on the content of their character,” DeSantis said. “You listen to some of these people nowadays, they don’t talk about that.”

The quip earned DeSantis a mention from Trevor Noah, the host of Comedy Central’s “The Daily Show.”

“Might as well quote MLK now before it’s banned in the state of Florida,” Noah tweeted with a video of DeSantis announcing his Stop W.O.K.E. Act.

Might as well quote MLK now before it's banned in the state of Florida https://t.co/vZ37B5Vc05

The Governor, in his remarks, did not explain who “some of these people were,” but soon thereafter focused heavily on decrying the “cultural Marxism” at the heart of critical race theory.

“I think what you see now with the rise of this woke ideology is an attempt to really delegitimize our history and our institutions,” DeSantis said, arguing such teachings are designed to “tear at the fabric of our society and our culture and things that really we’ve taken for granted.”

“From schools to corporations, Democrats are working to indoctrinate our nation’s youth with hatred — hatred towards one another and towards America. If they’re successful, it will rot our nation to the core,” DeSantis warned.

DeSantis has invested a lot of political capital in critical race theory in recent months. The Governor’s Board of Education banned it in classroom instruction this summer, and DeSantis has vowed to get involved in school board races next year.