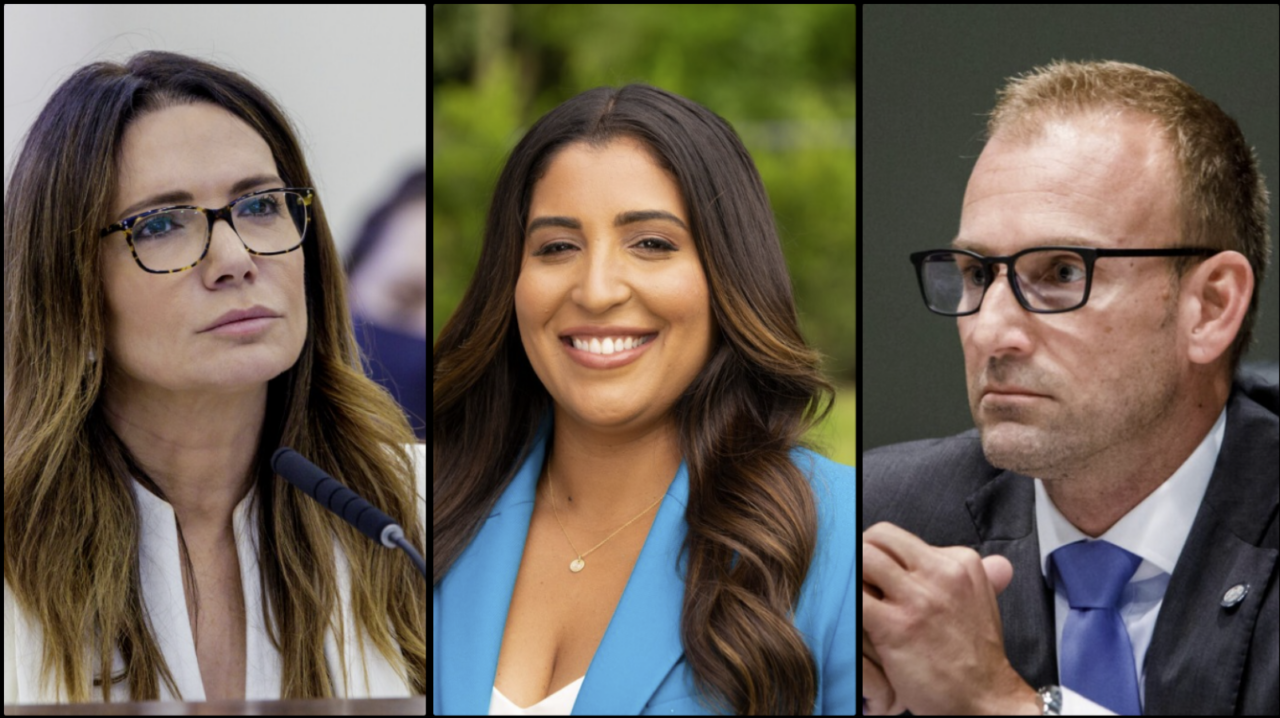 It's likely to switch to a two-way race for another district once redistricting occurs.

The current three-way race is likely to switch to a two-way one for another district once redistricting occurs. Plans for remapped districts place Garcia and Perez in a newly shaped Senate District 40 and would leave Grieco, who currently serves House District 113, alone in his attempt to switch chambers to SD 37.

SD 37 now contains a large portion of Miami-Dade’s coastline from Cutler Bay to the city of Miami. Redistricting would largely swap SD 40 and SD 37’s areas of coverage while shrinking SD 37 to cover only a portion of the county’s coast, including parts of Miami, Miami Beach, coral Gables, Sweetwater and West Miami.

Until that happens, however, Garcia, Perez and Grieco are technically vying for the same district.

The health care and pharmaceutical sector showed up most prominently for Garcia, accounting for about a quarter of her contributions.

Garcia gained gambling dollars as well. Las Vegas casino operating giant Caesars Entertainment donated $2,500. Jacksonville Kennel Club and Orange Park Kennel Club, which operate dog racing operations, gave $1,000 each. The Seminole Tribe of Florida, which is in a legal battle over the future of gambling in the state, contributed the same.

From the entertainment industry, NBCUniversal Media, the Entertainment Software Association and the Celebration Company, a Disney subsidiary, each gave $1,000.

Garcia kept spending sparse in November, paying out just $436 for gas and other travel expenses.

After back-to-back months of skyrocketing fundraising in which she stacked more than $300,000, Perez fell back to earth last month with a comparatively meager $7,000 haul.

The Republican-turned-Democrat local business owner now holds about $303,000 between her campaign and political committee, Democracy and Freedom.

As has been the case in prior months, the Pinecrest Democrat received ample grassroots support in November through 58 individual donations ranging from $5 to $500.

Her other gains included more than $7,000 in in-kind services from the Florida Democratic Party and a $500 check from Bezanilla Financial Group, a limited liability company whose principal, David Bezanilla, is vice president of sales for Miami-based employee benefits agency Financial Designs.

Perez spent more than $5,500 last month. That included a $3,000 retainer fee paid to Fort Lauderdale consulting firm MDW Communications and a nearly $1,000 purchase of 40 turkeys for a Thanksgiving turkey drive.

She also paid $800 to Sweet Caroline Karaoke Bar in Miami for a Brickell Young Professionals fundraiser, $330 to American Airlines for a “staff flight for Leadership Blue,” $164 to Harland Clarke for check-printing services and $104 for fundraising fees to Democratic Party-likned payment processor ActBlue.

The Miami Beach Democrat now holds about $73,000 between his campaign and political committee, Strong Leadership for South Florida.

He received six individual contributions ranging from $100 to $1,000.

His biggest outside donation was a $10,000 check from West Flagler Associates, which does business as Magic City Casino. West Flagler is among the businesses that sued to invalidate Florida’s 2021 Gaming Compact with the Seminole Tribe of Florida.

Grieco’s only noteworthy expenditure was a $5,000 contribution to the University of Miami.