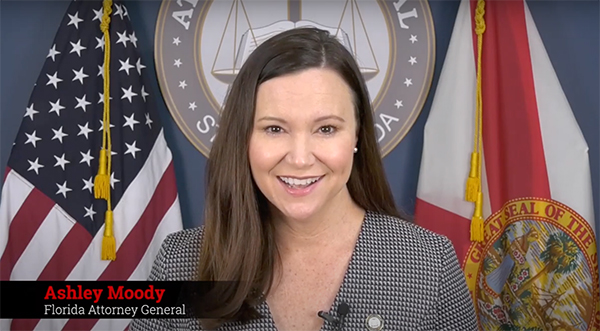 Florida’s Attorney General took a victory lap Friday in the wake of the Occupational Safety and Health Administration (OSHA) vaccine mandates being struck down Thursday by the U.S. Supreme Court, a ruling she decreed to be “spot on.”

“This was a win not just for freedom,” AG Ashley Moody exulted during a cable news hit. “This was a win for the millions of employees that were desperately trying to hold on to their health care autonomy. And for the employers who were going to be faced with another tax, billions in compliance costs.”

Moody and many other parties had challenged the “vaccine or test” rule applying to companies with at least 100 employees. On Friday, she struck a triumphant tone.

“The ruling was very clear as to this OSHA mandate. The Court said this was like taking a blunt instrument and trying to enact health care policy on a wide-scale basis using the excuse that you’re trying to protect the workplace. And they were very clear. Congress did not intend for OSHA to have that kind of authority,” Moody said. She cited the majority opinion, which contended the OSHA rule could have been applied to public gatherings, contrary to legislative intent.

Moody went on to say that at its heart, the case was about unchecked executive power.

“This was about a President of the United States and his administration (thinking they) can enact such sweeping policy that was never given to them, that power, by Congress,” Moody said. “It was absolutely a win yesterday. Not only in this specific case, but for the separation of powers and principles on which this country was founded.”

While “elated” by the decision, Moody vowed to “continue to fight.”

“This isn’t the end,” Moody predicted. “You’re going to see more mandates, more attempts by this administration to encroach upon states, to obliterate the separation of powers. And in order to have a free society, a true democracy, you have to have people willing to fight and stand up, and we’ll continue to do that.”

If the ruling had gone the other way, meanwhile, Moody said it would have been “steroids” for the “radical, overreaching” Joe Biden administration.

Moody made the comments on “Mornings with Maria” on the Fox Business Channel.