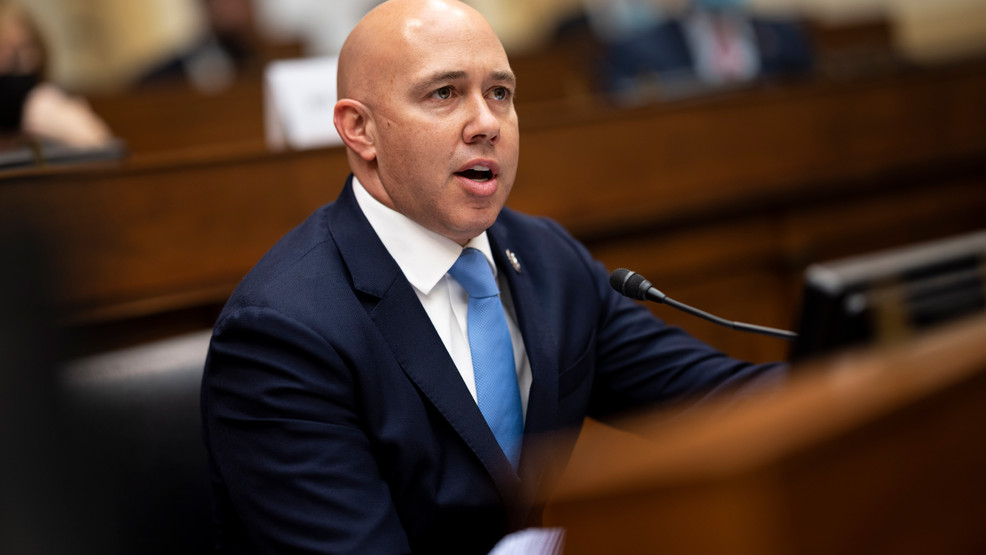 Just before voting on a marijuana-related bill, Mast bought stock in a pharma company researching marijuana. He made a 563% return.

Republican Rep. Brian Mast had the second-best rate of return on stock purchases in all of Congress in 2021. That’s according to research from Unusual Whales, which monitors stock trades.

A report last week from Breitbart highlighted congressional members’ propensity for outperforming the market. While many have focused attention on House Speaker Nancy Pelosi’s portfolio in recent weeks, Mast even outperformed Pelosi in terms of rate of return. He trailed only Republican Rep. Austin Scott of Georgia last year, though the Unusual Whales study did have limitations in terms of the stock holdings analyzed.

There was a bipartisan level of success in outperforming the market in 2021. Pelosi has defended members’ ability to trade despite potentially being privy to information regarding policy and legislation ahead of time that could seriously affect the market.

To that end, Unusual Whales spotlighted a trade by Mast that its report described as “unusually timed.” Mast voted in favor of the Marijuana Opportunity Reinvestment and Expungement Act in late 2020, which would have decriminalized the drug at the federal level.

Just before that vote, Mast bought stock in Tilray, a pharmaceutical company emphasizing cannabis research. At the time, in early November 2020, Tilray was trading at $9.63 per share.

The House then passed the bill, though it failed in the U.S. Senate. While the bill did not become law, the successful House vote was the first time either chamber had voted to enact a sweeping measure to decriminalize pot.

Tilray’s stock soared in the months after the House vote, landing at $63.91 when Mast sold the stock in February 2021. In just three months, Mast had generated a 564% rate of return and sold the stock at its then all-time high.

Florida Politics has reached out to Mast’s team to learn more about whether the impending vote impacted his decision to purchase the Tilray stock. His team pointed to a comment made in early 2021 when a New York Times report scrutinized the timing of the trade.

“Congressman Mast has been a longtime advocate for federal decriminalization of marijuana and has bought and sold this stock several times over the past decade, as the required public disclosures show,” a Mast spokesman said. “Shockingly, Speaker Pelosi doesn’t consult him about the scheduling and timing of votes.”

Mast’s support for marijuana legalization has been long-standing, and it’s unsurprising he would also display that belief in his stock purchases.

Still, the report noted the timing of the trade, which occurred just before Mast was one of only five Republicans to vote in favor of the bill. While there is no evidence Mast did anything illegal, members of Congress have faced more questions regarding trading in recent years, mainly as several members made substantial returns during the COVID-19 pandemic. The U.S. Securities and Exchange Commission is investigating Sen. Richard Burr regarding some of his trades before the lockdown in March 2020.

The new analysis from Unusual Whales did note that its data was “limited to 2020 onward” and did not account for longer-held assets or for possible option executions, which could affect the buy or sell price. In addition, the report had to estimate the sale date where it was unavailable, which could also affect the price and rate of return.

Even with those caveats, Mast was undoubtedly one of the best traders in Congress last year. Mast also faced questions surrounding his stock purchases last summer, after a report questioned whether he violated the STOCK Act in purchasing Virgin Galactic stock.

Virginia Canter, the chief ethics counsel for Citizens for Responsibility and Ethics in Washington, raised questions about the purchase given Mast sits on the House Committee on Transportation and Infrastructure Subcommittee on Aviation, which has oversight authority regarding Virgin Galactic.

“You don’t have to be a rocket scientist to see this conflict of interest,” Canter said.