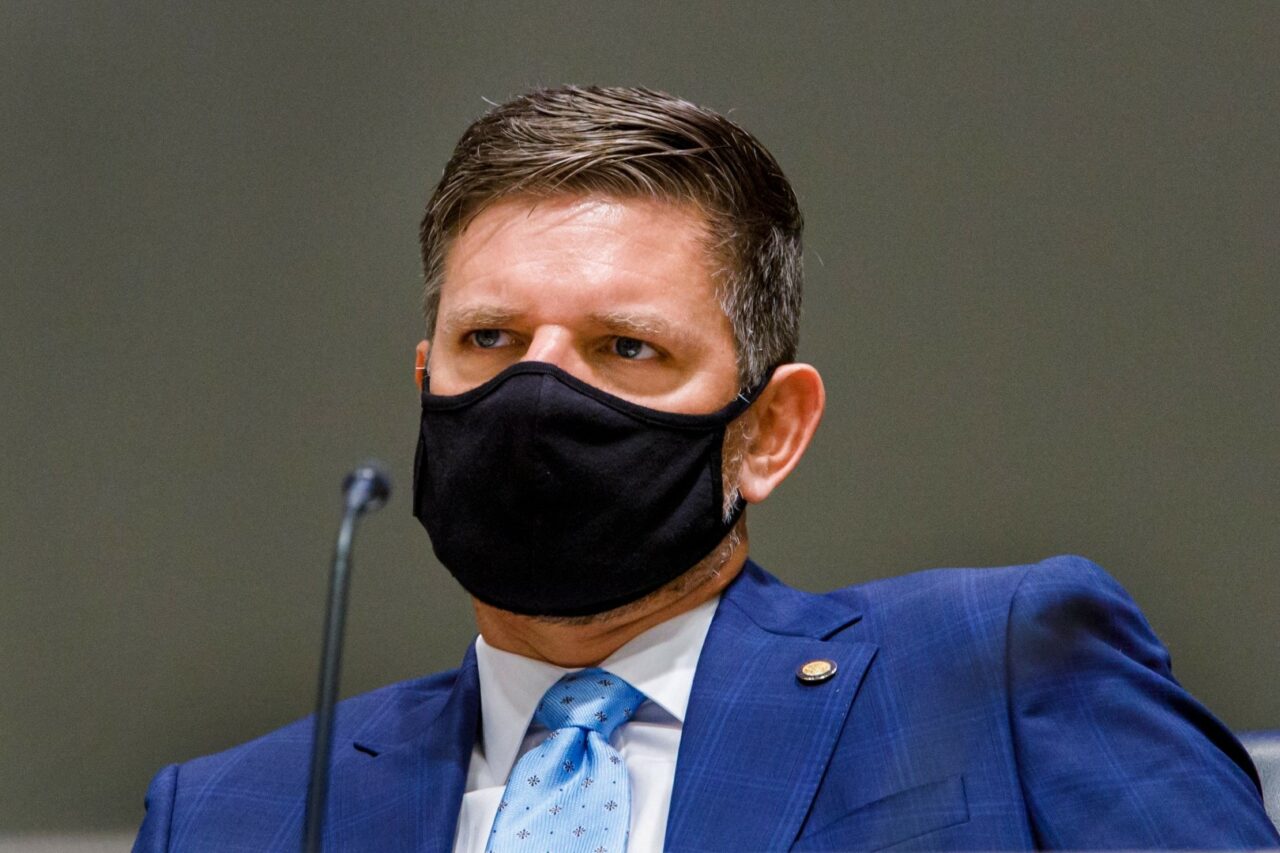 The original legislation provided 21 days for information on the finalists to be made public. That timeframe has been reduced to 14 days.

Legislation that would provide a public records exemption for information about applicants seeking a state university or college presidential position cleared its first House committee stop Tuesday in a 14-4 vote, but it did not make it through unscathed.

The measure (HB 703), filed by Clay County Republican Rep. Sam Garrison, is known all too well by state lawmakers. This will be the proposal’s eighth time trying to cross the finish line in Florida’s Legislature, with Garrison introducing the bill as “further proof its hard to keep a good bill down.”

“House Bill 703 seeks to ensure the Florida law does not disincentivize our state university system for college institutions attracting the deepest, most qualified diverse group of applicants,” Garrison said.

However, the House bill received a bit of a touchup in its first House committee, the Post-Secondary Education and Lifelong Learning Subcommittee.

The bill would create a public records exemption applicable to the pool of public university and college presidential applicants, though information on the selected finalists would be made available. The original legislation provided 21 days for information on the finalists to be made public, but through an amendment put forth by Garrison and approved by Tuesday’s Committee, the timeframe has been reduced to 14 days.

The revision upset some lawmakers and education lobbyists, who argued it further restrained Florida’s Sunshine Law.

“We have heard year after year after year that this Sunshine Law exemption ‘isn’t that bad’ because people will still have 21 days before a final decision was made. The reduction of that time seems to just kind of add insult to injury,” said Rich Templin, a lobbyist for the Florida AFL-CIO. “Folks are not going to know anything about how the search is going or what’s happening. Now they will only be given 14 days once a list of finalists is released. And, while we don’t support the bill, if it were to pass, we think 21 days will be much more appropriate.”

Democratic Ranking Member Rep. Ramon Alexander also spoke against the amendment, despite supporting the legislation in the past and overall.

“I have supported the bill and debated very strongly in favor the bill last go-around, but 21 days is a stop-gap for me…The state of Florida is at a disadvantage in the current form of how we select our university presidents,” Alexander said. “The lack of trust issues that are already there, taking it from 21 days to 14 days exacerbates it and makes it worse.”

However, some Republican lawmakers supported the amendment, including Rep. Michelle Salzman.

“I do agree that Sunshine Laws are important, but I also know that in our times, things are a lot faster. We get information a lot more quickly and 14 days seems reasonable to me,” Salzman said.

“You’re going to close off a form of transparency in our state by giving more rights to a few candidates that might at some point, lose a job because they’re aiming for another job, as opposed to the whole community,” said retired chemistry professor Ana Alejandre Ciereszko, representing the Miami Dade College Faculty Union. “Florida is number one in higher education. We have premier universities, premier colleges, and we don’t see the need for closing the door on what is an extremely important process for our community.”

“Would you acknowledge that this would allow more people to become part of and get into the process of applying for these positions?” Caruso asked.

Ciereszko replied, saying that while she could not predict how or if it would affect applicants, university presidents must accept public scrutiny as a part of the role.

“I have no way of knowing; people think it might,” she said. “I think you need to have a pretty thick skin to become a college or university president. and somehow, if you can’t handle the scrutiny of the search being in the open, can you then handle the scrutiny that’s going to come from the community after you get selected?”

“The Florida Sunshine Law is very important — transparency is critical for what we do as a state. It’s one of the key attributes that makes us distinctive as a state, but there are situations that we recognize where public right to a positive outcome has to be balanced with the public’s equally important right to know,” he said.

A Senate version of the bill (SB 520), filed by Sen. Jeff Brandes, cleared its first Committee last Tuesday. However, that legislation has yet to be revised with an amended timeframe.

The House passed a version of the bill during the 2021 Session, but it did not clear the Senate.